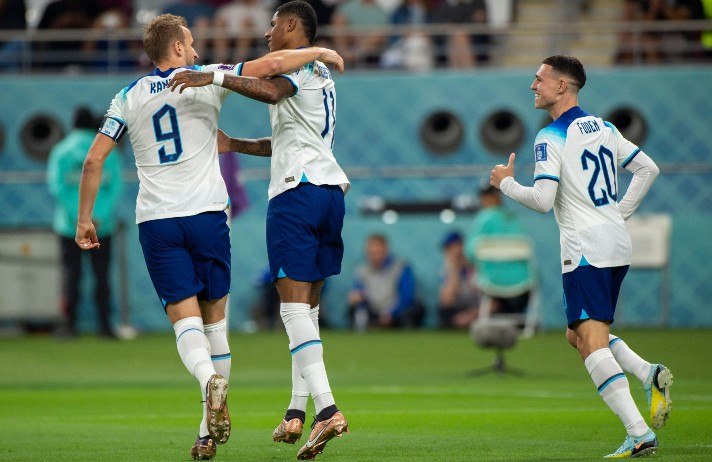 This World Cup in Qatar has already thrown up some memorable shocks. Argentina and Germany, both high up the outright market to win the tournament lost their opening games but managed to keep their hopes alive as they enter their third and final group games.

Brazil, Portugal and holders France booked their places in the knockout stage with a game to spare. Brazil remain the favorite with many of the leading World Cup betting sites to win a sixth title. Hosts Qatar were the first nation to be eliminated, while Canada also failed to advance after losing their opening two matches.

As we say goodbye to four standalone games each day, we prepare ourselves for the final round of group matches, which should produce more drama. After 32 matches, we are beginning to see a number of trends developing in this, the 22nd chapter of the World Cup.

Not surprisingly at a World Cup, first half goals have been in short supply. One reason for this is because of the unfamiliarity there is when teams from different confederations go head-to-head. Fixtures between South American and European teams don't happen very often, so they take a cautious approach in the opening 45 minutes to see where they can be broken down in the second half.

The 32 matches played in the opening two rounds of group games have produced a total of 81 goals. That works out at 2.53 goals per game, which is lower than the average goals per game in the previous two tournaments. Check out our World Cup betting stats preview for more historical data that could help you find more winning bets in this tournament.

The most common half-time score in Qatar has been 0-0. Of the 32 matches played, there have been 17 scoreless first halves. After that, 1-0 is the next popular, which has landed eight times. Only 27 (33.3%) of the 81 goals scored have come in the first half. The other 54 have been scored after half-time.

This World Cup will be remembered for the amount of additional time referees have added on at the end of each half. The officials have been given a directive from FIFA to stop the clock every time there is a delay in the game. These delays include goal celebrations, substitutions, injuries and of VAR involvement.

England's opening game with Iran lasted a total of 117 minutes. With so much time added on, especially at the end of matches, it's no surprise more goals have been scored in the final 15 minutes of games. Perhaps a better way of saying that is goals scored in the 76th minute or later.

In the first half, 27 goals have been scored, which is only three more than those scored in the 76th minute or later. This is valuable data if you are planning to bet on goal times on your favorite soccer betting sites. Only five of the 81 goals netted so far have come in the opening 15 minutes of matches.

The second half has been the highest scoring half in 18 (56.3%) games, while the first half has produced more goals in just five matches.

Both Teams To Score On The Decline

If backing both teams to score is one of your favorite bets on leading soccer betting apps, then the hope is that the second half of the tournament is more favorable than the first.

Both teams to score (BTTS) has only paid out 13 times (40.6%) in 32 matches. That percentage would have dropped to 34.4% had it not been for the first two matches on Monday, which were two of the more entertaining games so far. Cameroon came from 3-1 down to rescue a point in a thrilling 3-3 draw with Serbia, while Ghana beat South Korea 3-2 despite the African side squandering a 2-0 lead in the second half.

How will the second half of games pan out? Now that teams can be eliminated in the next game they play, will we see BTTS land more often in the next 32 games? Remember to check out our enhanced offers page throughout the tournament for the very best daily boosts.

During this World Cup, under 2.5 goals has been the way to go. A total of 21 games (65.6%) have seen two goals or fewer scored. This trend was established on the opening day when Ecuador beat hosts Qatar 2-0 to get the tournament up and running. That was the first of eight 2-0 results, making it the most popular scoreline in Qatar so far.

Over 2.5 goals has landed in just 11 games, but this is likely to be a more successful bet from now on, as teams face elimination if they don't score. We have only seen three comeback wins, courtesy of Saudi Arabia, Japan and Croatia. Again, we are likely to see more teams win from losing positions in the final group games and throughout the knockout stage as they try to avoid elimination.

Kylian Mbappe began the tournament as the favorite to land the Golden Boot with many of the leading World Cup betting stats. The Frenchman has scored three times in his opening two games and is joined at the top of the scoring table by Ecuador's Enner Valencia.

Mbappe now has seven goals in just nine World Cup games, and he has his sights set on being the tournament's leading scorer. However, his goals are just three of 10 scored by players wearing the number 10 shirt. Players, such as Brazil's Richarlison and Mbappe's French team-mate Olivier Giroud, have helped make the number nine shirt the most prolific. Both have scored twice to take the total of goals scored by players wearing the number nine shirt to 16. Will this trend continue throughout the remainder of the competition?