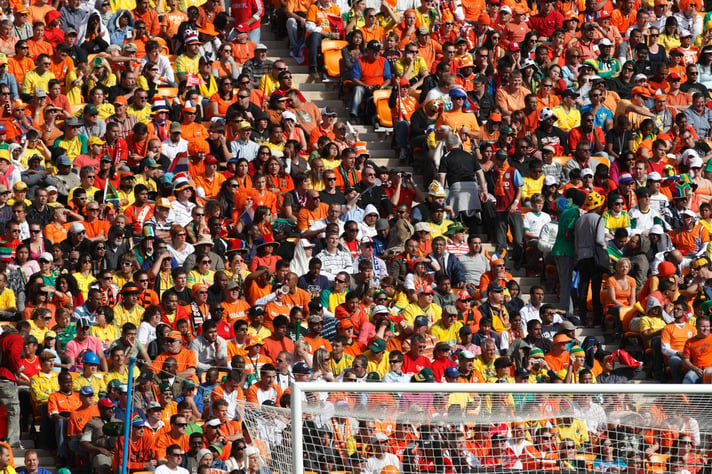 The group stage of the World Cup provides a huge range of betting opportunities. There are four nations in eight different groups, and there’s the chance to wager on the winner of each section. With two sides emerging out of each group and into the last 16, you can also wager on a team to qualify or not.

In addition to the World Cup group winner, you can also wager on a country to finish bottom of their respective quartet. Indeed, there can often be better value when it comes to working out the nation that is going to accumulate the lowest number of points, and there’s a chance to put these teams in a multiple bet.

In this article, we also explain how dual forecast and reverse forecast betting works, as far as the World Cup groups are concerned. There are lots of punting opportunities thanks to the outright markets that are offered by the best soccer betting sites. Hopefully the pointers in this article will enable you to pick out a few winners.

How to Bet on the Winner of Each World Cup Group

When the draw has been made, soccer betting sites will price up the eight World Cup groups so that you can bet on the winner of each section. It’s normally the case that we get a few short-priced favorites, although there are also groups where two teams tend to be priced up at similar odds. For the 2022 World Cup, Spain and Germany's group is an example of this, and their group outright market is a competitive betting heat.

You can choose to bet on a team to win their World Cup group as a single, or alternatively include them in a multiple with other sides. There’s nothing stopping you from placing a World Cup accumulator bet, where you aim to predict the winner of all eight groups. This allows you to include some of the favorites that you think will coast through in top spot.

Bet on World Cup Teams to Qualify for Last 16

There are 32 teams that line up for each World Cup, and the leading two nations in each of the eight groups reach the last-16 phase, where the knockout stage of the tournament begins. Therefore, in addition to betting sites offering markets on World Cup Group winners, there is also the chance to wager on a team to simply qualify.

This means you can bet on a team to finish either first or second in their group. You will still get paid out the same irrespective of the above positions, while there’s conversely the opportunity to bet on a team not to qualify. That would mean they have to finish in third or fourth spot as far as their section is concerned.

This betting market can provide opportunities to back an unfancied team to progress to the last-16 stage of the tournament. On the flip side, there’s the chance to oppose one of the favorites if you don’t think they will perform well. This was the case with Germany in the 2018 World Cup, when Die Mannschaft failed to make it out of the group stages for the first time ever.

Bet on Teams to Finish Bottom of their World Cup Groups

If you can bet on the winners of Groups A-H, then it stands to reason that you should be able to wager on the nations that finish bottom of each pile. If you expect a specific side to be the whipping boys in a particular section, then you can wager on a team to accumulate the lowest points total, and sometimes that is zero.

As with the World Cup Group Winner betting, it’s possible to visit the best soccer betting sites and put together an accumulator for this market. You can identify the sides that you expect to be weakest in their various sections and combine them in a multiple bet. This gives you a bigger potential payout than what you would receive from betting singles on those selections.

What is World Cup Dual Forecast and Reverse Forecast Betting?

If you feel really confident that you can predict the finishing position of the teams within a certain World Cup group, then it might be worth checking out the forecast betting markets. This enables you to get bigger odds compared to wagering on a team to win their section or alternatively to qualify from their group.

The dual forecast will always give you a solid return when you compare the various odds across different betting sites. This bet involves predicting teams to finish first and second in a specific order. You can choose from a wide variety of combinations, and there’s the opportunity to combine these picks with selections from other groups.

Alternatively, the reverse forecast betting market allows you to choose two teams to finish in first and second, but in any particular order. The difference with this bet is that it’s lower-risk, and gives you a better chance of winning. After all, sometimes the top two placings in a group are decided by goal difference or even goals scored.

You Can Wager on the Winning Group and Highest-Scoring Group

The tournament winner will emerge from one of the eight World Cup groups, and if you have a firm idea of which section the champion might come from, then you can bet on the 'Winning Group' market. This is an attractive bet if the winner of a specific section has a potentially favorable route in the knockout stage.

Perhaps a more fun market on soccer betting sites is the 'Highest-Scoring Group'. Simply select from the eight options, and predict which group will yield the most goals in total. Ultimately, we’re looking for high-scoring teams, and matches where the attacking players are going to have the upper hand.

Although there are 32 teams that line up for each FIFA World Cup, some nations are considerably stronger than others. In the 2018 World Cup, we saw the majority of favorites win their respective groups, and Germany were the only team to make a shock exit when finishing bottom of their section.

Indeed, favorites have a strong record in the group stage of the competition. Recent tournament evidence suggests that you could potentially put a number of “good things” in an accumulator on your soccer betting app, and get a tremendous run for your money.

How to Back Winners on the World Cup Group Betting Markets

We don’t advise betting on short-priced favorites in a single bet to win their group. As mentioned, consider the accumulator option when it comes to World Cup group winner betting. If you have a strong idea of the table-toppers along with the team that are going to chase them home in second, then the dual forecast could be an interesting wager.

The 'To Qualify' betting market has often yielded winning selections at odds-against. Japan were a big price in 2018, before finishing second behind Colombia. Sweden were also able to land top spot in Group F after trading at big odds on soccer betting sites.

However, it’s worth identifying the worst teams in the groups, and also the sides that have tough opening fixtures. This could be a brutal combination that leads to a nation finishing bottom of their section, and it’s a way for customers to profit from their World Cup betting.