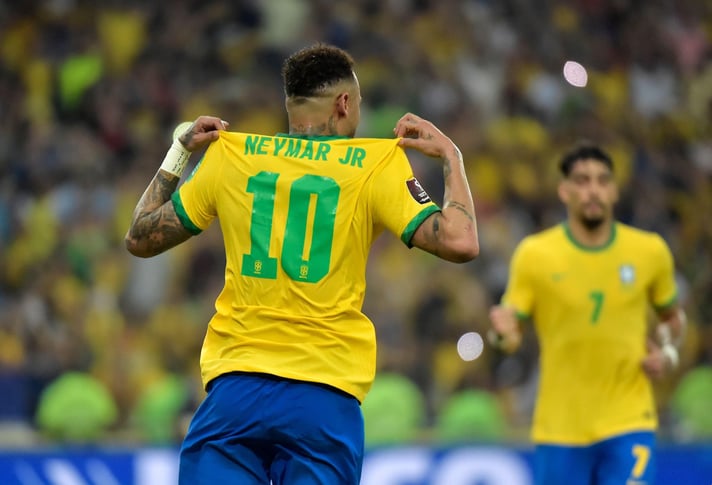 The World Cup Golden Ball is awarded to the Player of the Tournament. The tournament organizers judge the player who has produced the most outstanding performances in the competition. This award has been in operation since the 1982 World Cup, when Paolo Rossi was given the accolade after helping Italy win the tournament.

All the best soccer betting sites provide a market so that bettors can wager on the player who can lift this award, and there is a wide range of contenders. Naturally, much depends on how their team performs in the World Cup, and it’s worth considering a player who represents a nation expected to go deep.

As we’ll see in this article, it isn’t always the winning World Cup team that yields the Golden Ball winner, and this is a market that is updated on betting sites after each round of the competition. It’s worth considering a shortlist of players, and you should bear in mind their domestic form before deciding which way to bet.

After the technical committee draw up a shortlist of players who have performed well at the World Cup, media representatives then vote for the outstanding candidate. At the end of the 2018 World Cup, Luka Modric was adjudged to be the winner, and the midfielder was central to Croatia reaching the final before losing to France.

Similarly, Argentina might have only reached the final of the 2014 World Cup, although Lionel Messi was able to finish ahead of Thomas Muller and Arjen Robben in the voting. Four years previously, Uruguay might have only been losing semi-finalists, but Diego Forlan was able to get the nod.

Indeed, the last time that a Golden Ball winner represented the winning nation was in 1994, when Romario was given the award as part of a victorious Brazil side. Since then, we’ve seen Ronaldo, Oliver Kahn and Zinedine Zidane judged to be Player of the Tournament, and we’ve now had winners from seven different countries.

When looking at the Golden Ball market on soccer betting sites, we should primarily look at attacking players who represent the leading nations. Like Modric and Messi who have gone before, they should be the main man for that country, and be capable of playing a central role in helping the team reach the business end of the tournament.

Oliver Kahn is the only player who has won the award as a defensive player, although there’s nothing to stop you from looking at big prices on soccer betting apps in search of a winner. Modric was trading at a big price before a ball was kicked at the 2018 World Cup, and quietly went about his business when helping Croatia reach the final.

This generally isn’t an award that goes to the top scorer at a World Cup. Indeed, the organisers tend to want a different winner of the Golden Ball and Golden Boot, so it doesn’t always pay to look at leading scorers. There is, however, a feeling that this can often be a legacy award, and it’s therefore worth considering a superstar who is potentially playing in the final tournament of their career.

How to Back Winners on the World Cup Golden Ball Market

This market is win only, so there’s no opportunity to bet each-way on any soccer betting sites. Therefore, customers have to take more of an “all or nothing” approach to their wagering. If you're looking to throw a few darts in order to land a winner, it’s worth compiling your own shortlist of players who can perform well on an international stage.

It’s generally the case that older players will receive this award, with the past five winners being examples of that. Kahn, Zidane, Forlan and Modric were all in their 30s when scooping the award, with the elder statesman of a successful team often getting acknowledgement in the form of the Golden Ball.

There is nothing to stop you from backing more than one selection when it comes to this market. You can choose to wager on the winner before the tournament has started, or alternatively, go for a player that you feel has performed well as the competition has worn on.