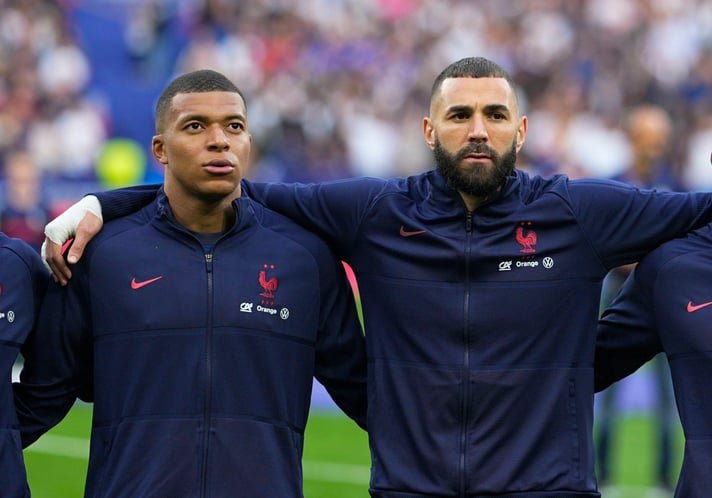 One of the most popular World Cup outright betting markets is the Golden Boot. All the top soccer betting sites offer customers the chance to wager on the soccer player who is going to score the most goals at the tournament. All the leading attacking players representing the top nations are priced up, and this is a fantastic chance to get a run for your money.

As you might expect, there are a host of players who can end up landing the Golden Boot award, and there’s the obvious possibility of a tie, where the top scorers end up on the same goals total. Bettors have to consider which player is going to make hay during the group stages and whether they will get the chance to add to their tally in the knockout stage of the tournament.

The World Cup Top Goalscorer market remains open for business on betting sites after the tournament has kicked off. If a player finds the net in a match, then their odds will shorten, and it’s worth monitoring on a game-by-game basis. Many customers like the chance to bet each-way and get a return if their selection makes the frame.

Harry Kane went into the 2022 World Cup as one of the Golden Boot favorites, and the England forward scored six goals in the 2018 tournament to land the individual accolade. This was the same total that was achieved by unlikely 2014 winner James Rodriguez, who was able to fire Colombia to the business end of the competition.

There is always the possibility of a tie, and the 2010 World Cup saw four players all score five goals. Thomas Muller, David Villa, Wesley Sneijder and Diego Forlan all finishing tied, meant that the best soccer betting sites declared a dead heat. This meant that customers were paid out at a quarter of their odds if they backed one of the four winning selections.

Previously to this, Brazil's Ronaldo fired his team to glory in the 2002 World Cup by scoring eight times. As things stand, the forward is the last player to win the golden boot outright, where his country have also gone on to win the tournament. Therefore, it’s usually not the winning team that possesses the player with the most goals.

Harry Kane was one of the favorites for the golden boot during the 2018 World Cup, although there have been a spate of recent winners who were available at a big price. James Rodriguez was available at 50/1 on soccer betting apps, before bagging six goals for Colombia four years previously. There were also big-priced winners in 2010 when we had that four-way tie.

If you are betting each-way on the World Cup Golden Boot market, you are looking for players at big prices who can make the frame. It’s generally the case that a runner-up will need to be finding the net three or four times during the tournament, with players from a wide range of countries open to consideration.

For example, Denis Cheryshev of Russia was able to match the totals posted by Kylian Mbappe, Cristiano Ronaldo, Antoine Griezmann and Romelu Lukaku at the 2018 World Cup. You need to establish the players who have strong track records at international level, and of course the ones that are going to be selected.

How to Back Winners on the World Cup Golden Boot Market

You need to understand that this betting market can be won during the group stage of a World Cup. This is where the strongest teams will have their easiest fixtures. It’s where hat-tricks can be scored, and that’s in stark contrast to the knockout phase of the tournament, where games can be notoriously tight and cagey.

It therefore pays to study the draw and look at the sides who might score the most goals during the group phase. You can then identify the personnel within those teams and bet on the attacking players who are going to rack up goals. If your chosen player's country qualifies from the group, they will then have some additional games to add to their tally.

You can choose to go down the each-way route or alternatively, have a wager on a selection of players against the field. There’s also the chance to bet on a revised market when the World Cup gets underway, and wager on a player who is making the right impression in front of goal.