Are Newcastle United FC The Inevitables? 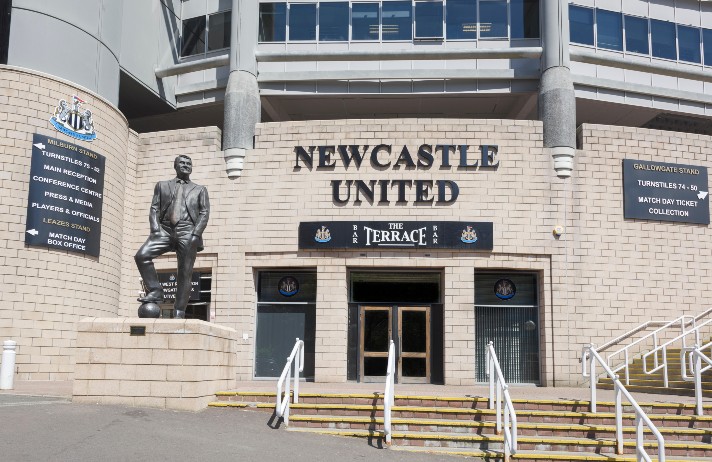 Since the ownership takeover of Newcastle United by the consortium of PCP Capital Partners, Rueben Brothers and the (PIF) Public Investment Fund of Saudi Arabia the club has changed manager, purchased several new players and cemented their perhaps previously perilous place in the top flight of English soccer, the Premier League. The protracted buyout from previous owner Mike Ashley cost around £300m pounds sterling to conclude and was subject to a lengthy Premier League Owners and Directors test which began in April of 2020 before being completed in October 2021.

Despite some initial unrest and protestation from inside and outside the industry, Newcastle’s new ownership and fan base have quickly moved on the inevitable road of progress. Manager Eddie Howe has spent money to secure Premier League status last season, and in the build up to start of the new season, strengthened the Newcastle first team squad again to mount a challenge on the upper echelons on the EPL.

Leading Premier League betting sites have them positioned just outside the top six in terms of probability based on their current odds, but just how long will it take the sleeping north east giant to mount a challenge on European qualification, the sacred top 4 and even a league title?

Our team at Bookmakers.com quickly coined Newcastle as the “Inevitables” given the influx of monetary power that can only be matched, if that, by the established wealth of Manchester City and Chelsea plus the giant globally supported Liverpool and Manchester Utd in the Premier League.

It is surely inevitable that Newcastle will soon line up in European competitions by finishing high enough in the EPL to qualify. It is also inevitable that silverware will soon be a part of their future with domestic cups and a title challenge only a matter of time before Eddie Howe, or even a new manager in time, builds a squad of high profile players the rest of English soccer and European teams can only dream of.

But when? We asked leading NUFC fan channel True Faith to consider this in detail. Are Newcastle Utd the Inevitables? Watch them tackle the question and predict the glittering future of their club on Bookmakers.com TV with their takeover video.

Do you agree with Newcastle super fans Alex and Charlotte of the NUFC True Faith fan channel? The leading bookmakers who create markets on the EPL and European football, remain tempered for the immediate success chances of Newcastle United. At the time of writing Newcastle, are not considered the favorites for any domestic trophy success or imminent qualification for European football just yet.