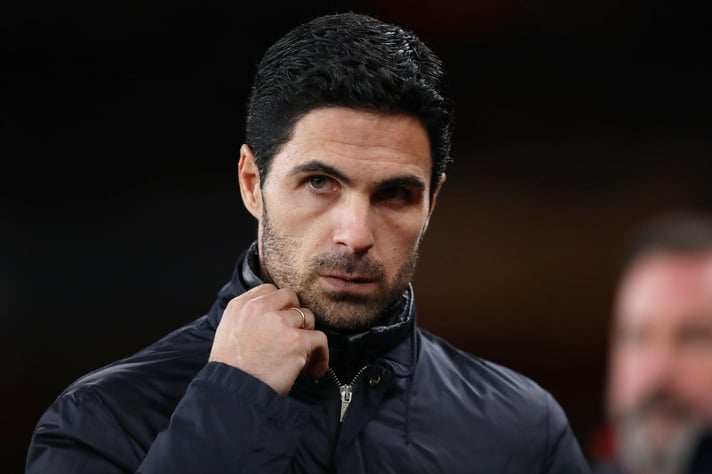 It might surprise many that Premier League side Arsenal, despite failing once again to land a Champions League place for this season, are the biggest spenders across European soccer in the current summer transfer window. Despite that, the team’s prospects at soccer betting sites aren’t as good as you might imagine.

This is currently the second summer in succession that Arsenal have forked out more money than anyone else during the traditional summer shopping spree with €132m already spent, which comes on top of €167m last summer. This brings the two-year total spend to just shy of €300m for Mikel Arteta’s team.

With Gabriel Jesus, Fabio Vieira and Oleksandr Zinchenko the three big moves ahead of the 2022/23 season and still a month to go before the window closes, it is likely Arsenal will increase that total before we reach the start of September.

Last summer, the additions of Ben White, Martin Odegaard, Aaron Ramsdale, Takehiro Tomiyasu, Albert Sambi Lokonga and Nuno Tavares were all big-money moves, and it is very clear the Arsenal board have backed Mikel Arteta with serious spending power to revolutionise his squad at the Emirates. However, given their end to last season, it’s fair to assume there were some disappointed people at sports betting sites who would have placed wagers on success for the Gunners.

Going back to before the 20/21 season, the additions of Thomas Partey and Gabriel were not insignificant moves in the market (over €70m combined). Surely, all this spending has to bring success imminently for a club with great ambition to return to the elite competitions and compete for trophies like they did for so long under former legendary manager Arsene Wenger.

Bookmakers.com TV - Premier League Teams 22/23 - Where do they need to improve?

Odds makers with the leading soccer betting apps haven’t been convinced despite all the recent and consistent bravado in the transfer market. Especially when compared to their usually reluctant-to-spend North London rivals Tottenham Hotspur, who, of course, pipped Arsenal to that coveted UCL spot by stealing fourth place during the final games of last season at the expense of their neighbors.

Using the best soccer betting sites' odds as a guide to realistic probability of success, the prices make stark reading for Gunners fans.

Arsenal, at 7/4, have only a 36.4% chance of reaching the top four and claiming that elusive Champions League spot for next year.

To finish outside of the top six in the Premier League, sports betting apps remarkably make Arsenal 13/8 and would rate them a 38% chance of missing out on European qualification completely, which is more likely than getting a top-four place!

To finish outside the top four, bookmakers are even more dismissive, marking Arsenal odds on at 2/5 to miss out and a 71.4% chance they are battling for a lower-placed finish this campaign.

To be top London club this season, online sports betting sites quote Arsenal at 5/1 and only a 16.7% chance of them ending up ahead of Chelsea, Tottenham, West Ham, Crystal Palace, Brentford and EPL new arrivals this term, Fulham.

Pitched only against arch-rivals Tottenham Hotspur in a season-long match bet, the chances of Arsenal ending a run of seven consecutive years in the shadow of Spurs is slim. The best bookmakers such as bet365 offer a price of 7/4 and represent just a 36% chance to finish above their rivals, while Tottenham at 2/5 are rated at over a 70% chance to keep the North London bragging rights for another year at their shiny new stadium home on White Hart Lane.

To “Trust The Process” is what they say in the red half of North London, and maybe if the consistent aggression in the transfer market is anything to go by, this could be the year they buck the bookmakers’ expectations and reclaim top dog status once again.

For all Arsenal stats, odds and offers this season keep a tab on our Arsenal FC team page.

Dean Ryan
@Onthenoseinfo
9 Articles
Dean is respected tipster, journalist and broadcaster on sports - mainly horse racing. Having featured across radio, TV and podcasts, his betting knowledge is developed over decades in the gambling industry across a number of different publications and platforms. You will usually find him on social media discussing Tottenham Hotspur or the Cheltenham Festival.
Read Articles