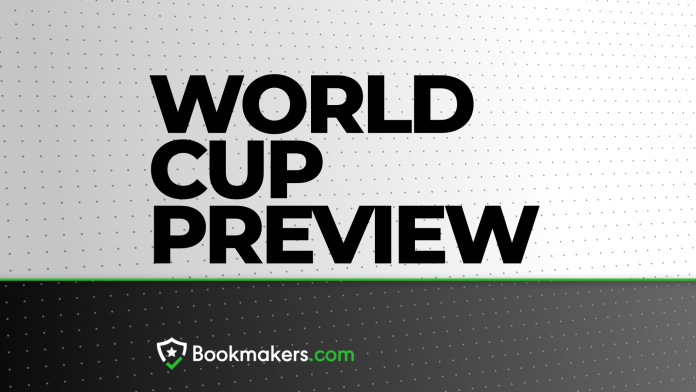 Nearly four weeks after the World Cup opened with Ecuador taking on the hosts Qatar, we have just two games left. On Saturday, the World Cup third place playoff will determine whether Croatia or Morocco will pick up a bronze medal. On Sunday, the match we’ve all been waiting for at World Cup picks takes place, when Argentina take on defending champions France in the World Cup Final.

Both nations have been crowned world champions twice before, but who will make it to three? Former USMNT goalkeeper Brad Friedel joins Bookmakers.com once again to discuss some of the big talking points of the tournament so far, as well as taking a look at the final on Sunday and beyond.

With so many quality players on display, we look set for an open World Cup final. Each team has their own way of building play up, and it's sure to be a fascinating contest. Antoine Griezmann has been very impressive throughout the tournament, while Mbappe has the ability to take any game by the scruff of the neck. Speaking of which, Argentina, of course, have the great Lionel Messi. He continues to defy logic with his brilliance and might just be able to control things for his team.

Messi and Mbappe are currently duking it out for favoritism in the World Cup top goalscorer odds, so there will be plenty of attacking flair on show.

Does Messi Have Another World Cup in Him?

Messi, much like Croatia's Luka Modric, could play on into his late thirties. It would be no surprise to see him at the 2026 World Cup. A lot could depend on the result this Sunday. There's no denying lifting the World Cup trophy on Sunday would be the perfect way for him to end his World Cup career. If things don't go to plan for Argentina and Messi, we could see him again in 2026. His style of play may be conducive to playing on late. Given his elusiveness and ability to glide around the pitch, there could be some built-in longevity.

Right from his first World Cup preview with Bookmakers.com, Argentina have been Brad Friedel's pick. Now that they're in the final, there's no way he's changing that prediction now. When it comes to a correct score, he predicts a high-scoring 3-2 win for Argentina. There's no doubt the game will be a hugely popular event at soccer betting sites, but fans all over the world, regardless of who they're cheering on, would surely like to see a scoreline like that in the final.

Morocco the Big Surprise of the Tournament

Morocco has been the surprise package of the World Cup. They’ve been excellent defensively, but they were forced to play a little differently in their semi-final after conceding an early goal to France, who are now favourites in the World Cup winner betting market. Les Bleus controlled the semi-final and despite leaving themselves a little open at times, key players like Kylian Mbappe, Antoine Griezmann and Ousmane Dembele proved to be the real difference makers.

Another game awaits for Morocco though. On Saturday, they will need to recover mentally for a third place playoff against Croatia. It’s the game no player wants to play in. Having gone from the elation of making a World Cup semi-final, becoming the first African nation to ever get there, they need to pick themselves back up to try and claim the bronze medal.

Croatia will similarly struggle for this game. Influential players like Luka Modric may end up being rested, as their clubs will be keen to get players back in one piece. Morocco are more likely to be happy with just getting this far, and Croatia’s quality could end up seeing them to a victory on Saturday.

World Cup Team of the Tournament

We’re at the stage of the World Cup where experts and fans alike, will put together their team of the tournament. For Brad, one position which picks itself is Morocco’s goalkeeper Yassine Bounou. Conceding just one goal en-route to a semi-final, Bounou was a key cog in Morocco going as far as they did.

When it comes to defenders, Bounou’s Moroccan teammate Achraf Hakimi makes Brad’s team. He’s joined at the back by England's John Stones, Argentina's Marcos Acuna and Pervis Estupinan of Ecuador.

In midfield, the three standout performers have been England starlet Jude Bellingham, Modric and Griezmann. All three have impressed throughout the tournament, with Griezmann still on course to pick up the biggest accolade of them all – a World Cup winner’s medal.

Up front, France are well represented again. Olivier Giroud, now France’s all-time top goalscorer, gets a spot in Brad’s team of the tournament alongside Mbappe and Lionel Messi, Argentina's talisman. Those three are the favourites on soccer betting apps for the World Cup top goalscorer award, so there’s no real surprise to see them in the 11.

Few can complain about the entertainment we’ve seen over the last four weeks. We have seen a number of emerging teams make a real impression. Outside of Morocco, we’ve seen Japan and South Korea upset the odds and make the knockout stages. Senegal and the USMNT also made it out of their group, while teams like Canada impressed here and there through the tournament.

Emerging nations are likely to be given a change to make an even bigger impact at the 2026 World Cup to be held in Canada, Mexico and the United States. FIFA are planning to expand the tournament to 48 teams and change the group format. On the one hand, it gives more teams a chance to get to a World Cup. But on the other hand, changing the group setup will mean any team could be out after one off day. Time will tell if the new format works.