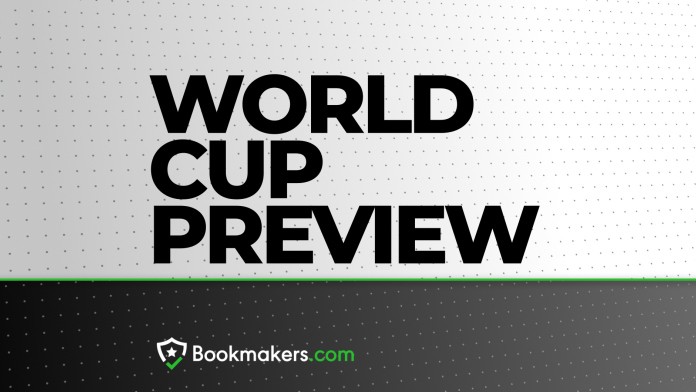 The Round of 16 is now in the rearview mirror at the 2022 World Cup. As we approach the quarter-finals, World Cup betting sites now just have eight teams priced up in the World Cup winner market. Brad Friedel joins Tom Lee and Bookmakers.com to discuss the latest goings on in Qatar, his latest World Cup picks for the quarter-finals and more. There’s a lot to go over, so let’s get straight to it!

In a quickfire section of his sit-down with Tom Lee, Brad goes through all of the quarter-final games, giving his very own World Cup picks for them. His pre-tournament outright pick, Argentina, are picked to get through a tactical game with the Netherlands. Elsewhere on Friday, a different-looking Croatia side should put up a good fight, but Brazil should ultimately justify their position as favorites in the World Cup winner odds.

Portugal will be looking to end the Morocco fairytale on Saturday. They have plenty of pace in their team and a different approach could pay dividends, but Portugal should have too much for them.

The last, and arguably most mouth-watering, quarter-final sees England take on France. Kylian Mbappe currently heads the World Cup Top Goalscorer odds. Gareth Southgate’s team selection will be key, and it should be a great game of soccer, but England may just edge it.

There are many different ways to take a penalty. Former Manchester United striker Ruud van Nistelrooy’s technique was to place the ball down, have a direct run-up and smash the ball. At the 2022 World Cup, we’ve seen slow approaches to the ball, shimmies and mind games from penalty takers. Some, like Neymar, have been successful. Others, like many seen in the shootouts at the tournament so far, have helped goalkeepers guess the way it’s going to go.

Despite this inadvertent help from the takers, goalkeepers like Morocco’s Yassine Bounou (who is yet to concede a goal in the tournament) deserve plenty of credit for their penalty stops. Even with inconsistencies in how it’s refereed, penalty takers have such a big advantage when stepping up to the spot that it’s only reasonable for ambiguous calls like a goalkeeper advancing off his line to go in favor of the keeper.

At 37 years old, Luka Modric is still able to dictate the pace of games. This ability to control games means he will only have to run as much as he determines. With this, he could easily play on for another handful of years.

A consummate pro, Modric is the definition of a team player. Croatia will need him to be if they’re to progress past CobraBet’s tournament favorites, Brazil, and make it to the World Cup semi-finals.

Brazil have been on the receiving end of criticism from sections of the media for their goal celebrations. Numerous players, even manager Tite, joined in with the dancing after each of the four goals they scored against South Korea.

Roy Keane was one of the loudest voices speaking out, branding the celebrations as poor sportsmanship. This should come as no surprise. As a player, Keane pulled no punches. This is something that has translated over to his career on TV. His comments are entirely fitting based on the kind of player he was, for all that others, including Brad, see the celebrations as part of the Brazilian players’ culture.

Will Ronaldo be a Sub Against Morocco?

Portugal manager Fernando Santos has a real selection dilemma ahead of Portugal’s quarter-final clash with Morocco. Having dropped Cristiano for the last-16 game with Switzerland, Santos watched as his replacement, Goncalo Ramos, bag the first World Cup knockout round hat-trick since 1990.

That makes it tougher for him to reinstate Ronaldo to the starting XI. Whether he does start or is once again amongst the substitutes, Ronaldo will need to show the right attitude and be the locker room leader he should be for his team.