The Breeders' Cup 2022 at Keeneland - Preview, Picks and Odds 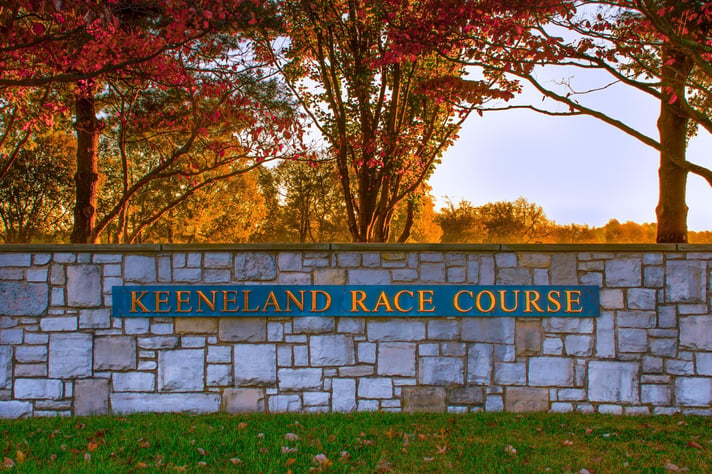 Get ready for the biggest show on Dirt and Turf with the Breeders' Cup World Championships from Keeneland this weekend. Our experts here at Bookmakers.com have gone through all of the big races and entries for the whole schedule this weekend to find the best picks, box bets and of course odds comparison so you are ready to place your bets with the best horse racing betting sites online.

Of course, this preview of the Breeders' Cup is in advance, so odds can change, although the final entries and schedules are known so be sure to check the daily runners and riders for all US racing each day here to be totally up to date for all things US racing.

A huge European raid on the Juvenile Turf Sprint will get the Breeders' Cup World Championships underway for real at Keeneland on Friday night, and English jockey starlet Hollie Doyle has speedy two-year-old, The Platinum Queen, to steer for Richard Fahey. It was a winner on Arc day at Longchamp in France just over a month ago in very different conditions but is able to handle this and will surely run well. The selection is MISCHIEF MAGIC, though, for Charlie Appleby, Godolphin and jockey William Buick. He fell short with a poor start in Grade 1 company at Newmarket on last run but will lap up conditions here, is still progressive and can reward bettors at decent odds. The best of the home team looks to be Private Creed and Love Reigns but make sure to have plenty of the Europeans options for your combinations at betting sites.

Track experience is a positive for Wonder Wheel and Chop Chop here over possible race favorite Chocolate Gelato. Todd Pletcher's speedy filly looks tough to beat with Irad Ortiz Jr on board, but the battle between the other two at this track last month holds the key to the race. CHOP CHOP is chosen to come out on top this time, and Joel Rosario can time the run better to reel in Wonder Wheel up the stretch. These three should have it between them for the exacta and trifecta options on betting apps too.

Strong competition at the top of this market includes Aidan O'Brien's Meditate with superstar jockey Ryan Moore in the saddle but also Delight for trainer Jonathan Thomas, who was truly electric here at the track last month. However, bettors can get involved with PLEASANT PASSAGE, who arrives undefeated in two starts so far and is a fast-improving filly for connections. If getting going from the front here and battling when asked, she can hold them all at bay under Ortiz Jr for a famous win. Free Look can grab some show money, too, based on the last run behind the selection.

The lock of the night for most will be CAVE ROCK for Bob Baffert in the Breeders' Cup Juvenile after the two-year-old son of Arrogate destroyed his fellow barn runner National Treasure at Santa Anita last month. He is unbeaten in three runs, all as expected, and you have to believe this is going to take some stopping to make it four from four.

National Treasure is still very able and can get closest again in the race for runner-up and surely at big odds for those who want to chance the exacta. Blazing Sevens completes the box bets for Chad Brown, but Cave Rock will be long gone at the line.

The Godolphin team of Buick and Appleby have strong claims on the Juvenile Turf this year as Silver Knott is a worthy favorite for the finale on Friday night. That said, with Aidan O'Brien also aiming Victoria Road here on the back of three wins it will not be easy for the home team to make a charge. The one that interests most for a wager with the best horse racing betting apps is MAJOR DUDE for Todd Pletcher. The recent victory at Belmont in Grade 2 company was a big step forward, and Ortiz Jr can conjure up some more magic here at big odds to get involved against the European raiders. Win, place and show for Major Dude can pay off in the Grade 1 finale.

It is hard to go against the undefeated and brilliant Chad Brown mare GOODNIGHT OLIVE in the Filly and Mare Sprint on Saturday at the Breeders' Cup. She has danced to victory in all three track runs and seems to be far from her ceiling in terms of potential. This could be straightforward for the four-year-old daughter of Ghostzapper. Those playing the exotics with the likes of TVG and FanDuel's daily odds for US racing should consider Obligatory and the busy but able Ce Ce for the exacta and trifecta box bets.

Two old pals Frankie Dettori and Wesley Ward have an eye-catching reunion in the Breeders' Cup Turf Sprint when they saddle Campanelle on Saturday. The four-year-old filly is good here, as advertised with a win in September under Ortiz Jr, who chooses now to ride Golden Pal for the same barn. There isn't as much between these two as the best horse racing betting sites believe, and CAMPANELLE is the pick to take the race under Frankie. Highfield Princess is a star for UK connections, and Creative Force is another worth noting for Godolphin, but the long shot for the race that might reward a small wager is Flotus under Hollie Doyle for the Crisford team, who will fancy a big run here.

Brad Cox can take the Dirt Mile with CYBERKNIFE, who has been warming up in hot company prior to this and is a force to be reckoned with back at the mile for jockey Florent Geroux. Cody's Wish is on a roll for William Mott and is the biggest threat, but keep an eye on Steve Asmussen's Gunite for the show and box bets here. Cyberknife will likely come late at this trip but will be strong to collar the leaders and rattle home in front of an expectant audience.

Hollie Doyle's best chance of the 2022 Breeders' Cup at Keeneland is undoubtedly NASHWA in the Filly and Mare Turf on Saturday. This three-year-old filly for John and Thady Gosden is super smart, and despite losing in France last month will be back to her best again in better conditions here and will take a whole world of beating. European hand is strong with Above The Curve and Tuesday for O'Brien yards of Joseph and Aidan, respectively, but they will need to find more to beat Nashwa, and the US runners this time are likely to find it too tough.

There is not a lot of interest in taking prohibitive odds about Jackie's Warrior in the Sprint on Dirt despite obvious claims on form. Bettors will want to look for a value edge here and seek bigger odds for a bet. ELITE POWER looks the one for William Mott and Ortiz Jr, having taken the win four times in a row in the lead-up here, and while the level is questionable until a romp in a Grade 2 last time, there is likely more to come again. The trip is sharp, so they won't want to leave this late. The plan will be to be up top from the get-go and cling on to Jackie's Warrior to the line. An exacta looks solid with nine and 6, and throw Willy Boi in for a speculative chase of the pools.

Back on the Turf, and MODERN GAMES is probably the best bet of the day at the Breeders' Cup on Saturday when the Godolphin three-year-old tackles all ages for the Breeders' Cup Mile. Annapolis looks interesting for place and show bets for the Pletcher barn, but if Modern Games runs up to his best, the Dubawi colt will hold all at bay and rates a very confident wager to come home in front under William Buick. The Woodbine winner has performed on the road already of course and should take this in his stride.

Recent Keeneland winner MALATHAAT can repeat the dose in the Distaff for trainer Todd Pletcher and jockey John Velazquez when taking on stablemate and possible Pletcher first-string Nest on Saturday at the Breeders' Cup. The race looks a match on form, with plenty of the rivals having seen the back of them already, but now is the time to pick a side between the two Pletcher charges, and Malathaat looks just the tougher and can come home on top. Secret Oath is probably the underestimated of the rest and the chance for show money, so adding to the box bets with the Pletcher-trained pair is the call here.

More Godolphin joy perhaps for Appleby and Buick with Nations Pride in the Breeders' Cup turf, but only if they can see off Rebel's Romance from the same stable - the boys in blue really do have a strong hand here. Trying to split them is hard, so a sentimental vote can go to MISHRIFF, who will bow out of action surely after this run and has been a star on the world racing scene for many a year now. Win, place and show bets are the calls here.

Dettori can hopefully steer the Gosden-trained star into the frame for backers, and another who will surely run better than the odds suggest currently is the battle-hardened Broome for Aidan O'Brien and Ortiz Jr booked on top.

Just the eight at the start for the Breeders' Cup Classic, but it's a red hot eight, and of course all eyes are on Flightline for John Sadler and Flavien Prat. Can anything stop the four-year-old aeroplane of an equine star from claiming glory here? It has to be said it is unlikely.

Flightline is rightly the pick, but for an exacta and more chance, TAIBA is the pick to do best of the rest for the Baffert team and jockey Mike Smith. The Gun Runner colt is doing well since the switch to Baffert and can continue his progress by picking up some big money in the big one on Saturday. It might need to be something extraordinary to trouble Flightline, but there are pieces to pick up in behind the wonder horse.

Check out the best free bets and betting promo codes available for the Breeders' Cup here first, of course.