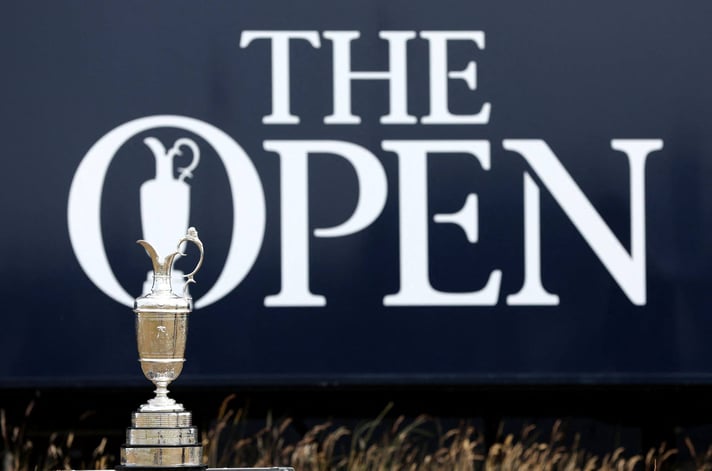 The Open Championship is one of the four golf majors, with a different links course in the United Kingdom playing host to the tournament each year. Many bettors enjoy placing wagers on a competition that takes place in mid-July, with the Open now being the fourth and final golf major of the calendar year.

The top professional male golfers in the world compete over four rounds for the prestigious honour of lifting the Claret Jug. This is a historic competition that has been in operation since 1860, with St Andrews, Royal St George’s and Royal Portrush some of the most recent courses to have hosted the event.

The best golf betting sites will provide customers with the chance to bet on the winner of the Open Championship, and many of them offer a large number of places when it comes to each-way wagering. There are also several other outright markets offered by betting sites, and many are updated as the tournament wears on.

Consider Backing a Number of Golfers to Win the Open

Unlike the sport of tennis, you don’t tend to find multiple winners when it comes to golf majors, and that includes the Open Championship. Indeed, that is what leads many bettors to go down the each-way route, meaning you can land a profit if your selection is able to finish high up the leaderboard, even if he doesn’t end up winning.

Between 2008 and 2022, there were unique winners of the Claret Jug, with Padraig Harrington securing a consecutive double in the former year, although we have subsequently seen a succession of different players to triumph. This is great for variance, but it also points to why each-way betting is advisable.

Some customers will look to select a number of golf players to win the Open. After all, virtually everyone in the field is trading at double-figure odds, and many are triple figures on sports betting sites. This means that you can still secure a big potential profit by staking on a number of competitors in the field.

Do British players tend to win the Open Championship? Mostly not. Shane Lowry was the closest thing to a recent winner when obliging as the 2019 winner, with the Irishman rewarding backers at a big price. Northern Irishman Rory McIlroy was the well-punted winner of the 2014 Claret Jug and came close to success in 2022.

We’ve seen European winners emerge in the form of Henrik Stenson in 2016 and Francesco Molinari in 2018, with Justin Rose and Tommy Fleetwood also running into places for each-way backers recently. However, big-priced winners can often be the way to go, and links golf means that the conditions can often have a bearing.

How to Back Winners on the Open Championship Golf Outright Market

As we’ve already established, it can be difficult to predict the winner of the Open Championship with one single bet. The more successful golf bettors will narrow down the field, and create a shortlist of players who have the ability to compete near the top of the leaderboard.

We highly recommend that you go through the best golf betting sites and work out which operators have the biggest number of places when it comes to each-way betting. When you have golfers trading at big odds, there’s the chance to get a quarter or a fifth of that price if your player is able to make the frame.

There is the choice to place a pre-tournament bet on the outright winner, although betting sites will also update the market on a frequent basis and some sports betting apps will even have in-play betting on the golfer who emerges as a champion. Customers might even wait for the cut to be made before wagering.