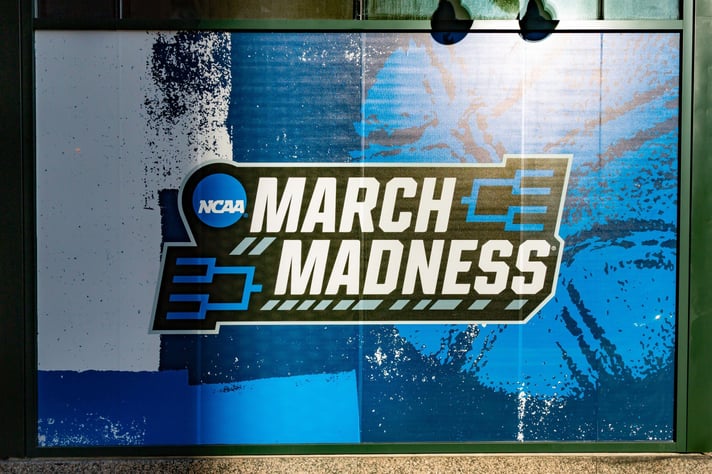 Week 10 of the men’s college basketball season saw the end of Purdue’s unbeaten run, meaning there are now no unbeaten teams left. Now that all the favorites look like they can be gotten after, it’s time to decide if readers should buy or sell their chances in March Madness when visiting college basketball betting sites in the coming weeks.

Currently on an eight-game winning streak without many difficult games on the horizon, Houston look set to improve on its 16-1 record in the coming months. Marcus Sasser has starred this season with 16.6 points per game, 41.4% field-goal percentage and 1.9 steals per game.

The Cougars top the AP Top 25 and Coaches’ Poll rankings and have managed one quality win against No. 13 Virginia, 69-61. The 71-65 loss to a strong Alabama that is ranked No. 4 in the country was a good wake-up call and will serve them well when March Madness begins. The lack of strong opponents in the coming weeks will almost certainly guarantee a lot of minutes for the roster, which should help keep their star players healthy for the main event in March, even if there is a concern they won’t be tested enough before the big dance. This isn’t something that can be said of the other teams on this list, which means we think they could be the team to choose when making college basketball picks.

The defending champions have put on another stellar campaign and are No. 2 in the nation. Forward Jalen Wilson has been a phenom for people picking him in college basketball prop bets with 20 points per game, a field-goal percentage of 40.7 and 8.8 rebounds per game. Kansas knows what it takes to go all the way, but the number of changes big programs like Kansas go through from season to season because of the one-and-done rule in the NBA draft makes it nigh-on-impossible to defend a title.

Kansas hasn’t done much wrong so far. They’ve registered one 64-50 loss to Tennessee, which is now ranked fifth in the Top 25. The team also has two quality wins on its resume against Indiana and Duke, who were ranked in the top 15 at the time. One of the issues for the Jawhawks is a very tough schedule in the coming weeks. They play No. 14 Iowa State (twice), No. 11 Kansas State (twice), No. 17 TCU and No. 10 Texas in their next eight games. It wouldn’t be right to make a call on Kansas before these games are played. If the Jayhawks can run the table in this part of the schedule, they will immediately be the March Madness betting favorites and a short price at some USA sports betting sites.

The odds with US betting apps favor UCLA Bruins, but their start to the season doesn’t merit the favorable odds in our opinion. Losses to Illinois and Baylor early in the campaign quietened the hype surrounding this team. They’ve done quite well since those losses, however.

They’re currently on an 11-game winning streak, which includes some big wins against Maryland and Kentucky. Their latest win against USC pushed them three places higher to seventh in the Top 25 as well. If they can keep the momentum going, they’ll certainly be ones to watch. They don’t have too many difficult matches on the horizon, either. No. 9 Arizona will be the toughest challenge. They’ll need senior guard Jaime Jacquez Jr. to show up in that game. He’s averaged 16.9 points per game with a field-goal rate of 52.6%.

The game against UCLA on January 21 has been highly anticipated as it was supposed to give an indication of the two teams’ March Madness credentials and could see plenty of movement in the odds on betting sites depending on the result. However, Arizona’s loss to the unranked Washington State will force them not to look too far ahead.

The 74-61 loss to Washington State was their second of the season. They’d lost 81-66 to Utah earlier in the season. Despite the two losses, Arizona also has some quality wins on its resume, including victories over ranked opponents. These battle-hardened wins will serve them well when they play the toughest programs in the country in March Madness. They’ve got some massive scalps in San Diego, Creighton, Indiana and Tennessee.

Not many teams can boast of having so many big wins so early in the season. Having said that, they are a bit unpredictable as shown by their two defeats. Azuolas Tubelis has been a two-way star for the team this season. He has averaged 20.8 points with a field-goal percentage of 58.4%, while also averaging 9.2 rebounds and 1.1 steals per game. Good luck to all the teams hoping to stop the big man. Their loss to Washington State has exposed their deficiencies, however.

There are almost two months left before March Madness begins, but the best teams in the nation have shown themselves early on. The wild nature of the knockout rounds makes any predictions look foolish, but it’s clear that some teams stand a better chance of enduring the tournament than others and could be worth your time when visiting betting apps before the big dance.