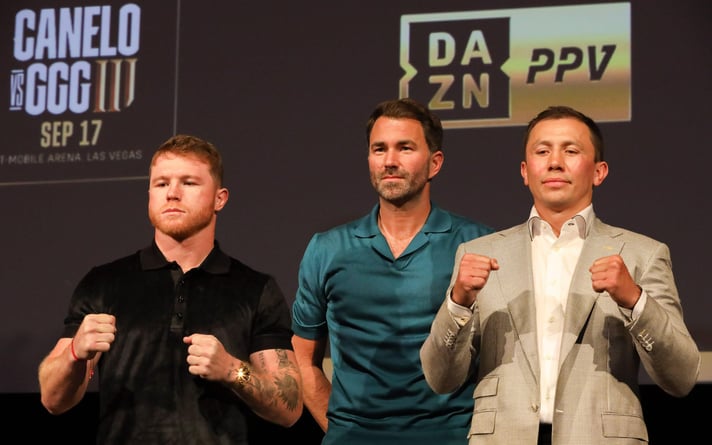 This Saturday, fans of boxing and the wider sporting world will turn their gaze away from the heavyweights and toward the unfashionable trappings of the Super-Middleweight (168lb) division. Two luminaries of the modern age - Saul ’Canelo’ Alvarez and Gennadiy Golovkin - face each other for the third and, in all likelihood, final time. Los Angeles’ T-Mobile Arena will provide the stage for the concluding chapter in their bitter and controversial rivalry, while millions around the world will be glued to their screens and sports betting apps for the bout.

For each combatant, the customary collection of belts will be at stake, alongside lucrative purses and, most cherished of all, the chance to establish definitive superiority over the best of their contemporaries.

There are a host of variables to navigate in predicting the outcome. Age, form, activity, location and weight among them. They offer opportunities for visitors of betting sites but are complicated by the interpretations applied to their significance and to whom they offer advantage. The enduring injustice that hung over the verdicts awarded in their first two contests - an unjustified draw and a barely conceivable majority decision for Canelo - is an additional factor that could influence markets and conceivably create margins for those who invest unemotionally.

It is a feast of tangibles and intangibles.

Will The Trilogy Define Their Careers?

This trilogy fight is four years removed from the second encounter. Their rivalry began in 2017, when Canelo finally accepted the challenge of facing Golovkin, the Middleweight division's dominant force in the preceding five years. Canelo had hovered in the Light-Middleweight division, waiting, boxing at Middleweight, then relinquishing the belt he won, watching, waiting for signs of ageing, and finally stepped up following Golovkin's fight with Daniel Jacobs. One in which the Kazakh's veil of preceding invincibility was finally disturbed. Golovkin had won, but it was close.

Golovkin had craved the challenge and the stage Alvarez's star would provide. For a number of years, Golovkin had been sufficiently dominant as to deter opponents from accepting terms to fight him. He needed an equal to project him to a wider audience and to confirm his greatness.

Dominance, as contemporaries Wladimir Klitschko and Floyd Mayweather Jr. found, nurtures doubt and criticism as liberally as it does plaudits. It is in the equality of greats, that true and unquestioned legend is formed. Ali and Frazier, Morales and Barrera, Leonard and Hearns; they had each other, and others, to test their brilliance against. Losses accrued in these types of fight rarely diminish the vanquished.

The first fight reflected the physical difference between the two. Canelo tried to box on the counter, to tempt Golovkin in, score and then exit. It was the tactic of a smaller fighter moving up in weight, challenging the powerhouse, the puncher. Golovkin obliged Canelo, as he attacked, stalked, landed thudding jabs and right hands to push Canelo back to the ropes repeatedly.

The challenger took those shots but was clearly outpunched. Canelo was awarded a draw that dumfounded most. One scorecard submitted by Adalaide Byrd was a low point for officiating, 118-110, or 10 rounds to 2 for Canelo, and encouraged the notion that a positive outcome for the ticket-seller was inevitable despite Golovkin's evident success in the fight.

Aged 35 at the time, it felt catastrophic for Golovkin despite the greatness of his performance. A draw in their third fight this weekend feels unlikely, but Paddy Power} and Betfair tease with 25/1 on the result, and there is value in considering the outcome given many of the 24 rounds they've shared previously were hotly contested.

In the aftermath of the first fight, the clamour for a rematch was strong. Controversy demanded a return. Canelo paused, then tested positive for banned substance clenbuterol. His suspension, a mere six months, backdated, pushed the rematch back to September 2018, leaving a year between the two.

Golovkin fought in the interim. He had always been a busy fighter and feared inactivity. His style leans on power but is based on timing and rhythm, and aging fighters don't respond well to inactivity, which is a point worth remembering as we look toward their trilogy fight.

The second fight had some echoes from the first. Canelo was more aggressive and appeared much more confident in his physical strength and ability to absorb the heaviest of Golovkin's considerable artillery.

More equal in the open rounds, the two traded heavy shots, firing exquisitely through the tiniest of gaps their supreme techniques allowed. Golovkin came closest to a breakthrough as he forced the pace in the middle to late rounds belying his advancing years. Again, most observers had Golovkin the victor, despite both finishing cut and bruised from the pulsating action. Rounds were close but Golovkin was more decisive and busier in most. This time, Alvarez was awarded the win. Golovkin was emotionless, but the pain must have been acute.

It has taken four years to arrive back at Canelo v Golovkin III. The passage of time has seen the younger man busier, winning belts at 168 and 175lbs, and in doing so defeating a range of fighters and styles; Caleb Plant, Callum Smith, Billy Joe Saunders, Sergey Kovalev and Jacobs the most decorated among them before succumbing to Dmitrii Bivol at Light-Heavyweight. He looked impervious until finding Bivol too big and too capable. Golovkin by contrast has had only four fights, struggled with the best of the quartet, Sergei Derevyanchenko, and is in his 41st year.

Form, activity and age are on Canelo's side, and now he is also the one more comfortable in the higher division. This fight will be Golovkin's debut at the weight. These are some of the factors that have made Canelo a strong favorite for the third clash.

At this exalted level, margins are miniscule. Punches avoided by millimeters; victory found in moments; split second opportunities taken or missed. It is a type of precision lost to some in the apparent chaos and blood of a prize fight. Both excel in minimizing the gaps they offer each other, and it is a testimony to their offensive quality that both had the success they did in capitalizing on those fleeting cracks.

It is impossible to believe that Golovkin can be better than he was in their 2017 and 2018 fights. He's the wrong side of 40, he's been less active than is customary for him and no longer has the advantage of size he once possessed. He will need to dominate to secure a points win by a margin even clearer than the previous two performances that won him 16 of the 24 rounds, for many astute observers. In short, he's fighting 'the house', and the house always wins.

There is a case to suggest this encourages greater aggression in his tactics, but Golovkin will realise this presents greater risk too, and he has learned to respect the Mexican's developing power. Canelo's destruction of Russian veteran Sergey Kovalev when behind on points at Light-Heavyweight evidence of this new reality. Golovkin barely blinked when struck by the same full-blooded punches and has famously never been dropped or stopped as either an amateur or professional, but Canelo could, conceivably, hit harder now than he ever has before.

So, if Golovkin is unlikely to get the benefit of a close decision, can he knock Canelo out? It isn't impossible that the extra poundage may suit Golovkin in the late autumn of his career. Not cutting to 160 may add bounce to his ageing legs. He will need to be busier than the younger man; he will have to be the aggressor; he will need to be accurate, stay in range and yet be elusive against a fighter with fast counters and a range of combinations.

At 40, it is an enormous ask. I cannot structure a case for a prolonged breakthrough, even if Golovkin finds a way through and drops Canelo, it will be hard to a) keep him there and b) convince the referee he shouldn't be permitted to continue. Canelo is the cash cow. The face of boxing. He will be afforded every opportunity to recover.

Sensible investment leans toward the favorite. Canelo is available at 11/10 to repeat a points win with bet365 among others. That appears the most solid bet going into the weekend. 25/1 is worth cover on a draw, as it may be an escape route with the judges if Golovkin repeats his previous success, and there is a small degree of sense in nibbling on Canelo for a stoppage.

It is an old adage in boxing that a fighter can grow old overnight. Golovkin's dedication to his craft, drive, durability and burning sense of injustice discourage the notion. However, the idea of a tiring 40-year-old with a rampant Canelo in front of him, nudges me toward cover on the younger man at 13/1 with Paddy Power on TKO/KO in Rounds 11/12.

It’s incredibly uncomfortable to bet against a man this writer thought won both of their previous fights, but boxing isn't sentimental. It can be dark and cruel. Fighters don't always get what they deserve. Follow the money. And youth.

How to Watch Canelo vs. Golovkin 3

People watching from home will need to subscribe through the global streaming service DAZN. Ring walks for the fight on Saturday, September 17 will like be around 21:00 PT.