CBB Top 25: Auburn Plummet While Mississippi On The Rise 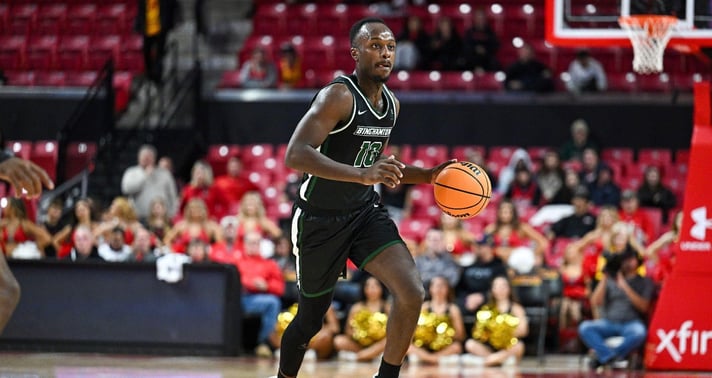 With another exciting week of Men's NCAA behind us, it's time to look at some of the March Madness betting risers and fallers for this week. The rises and falls have been more drastic this week. Previous weeks might have been more static, with many teams yet to lose a match. That's not the case any longer.  The volatile nature of Men's NCAA basketball is great for betting, and there are plenty of college basketball betting sites for interested readers.

Let's now take a brief look at some of the teams that went through massive rises and falls.

No team fell as hard in the Top 25 rankings as the Auburn Tigers. They fell eight places this week after an 82-73 loss to Memphis, who currently do not even make the top 25. Auburn were undefeated prior to the game against Memphis, and precisely the sort of team that would interest bettors because of their silent ascent.

That doesn't look like it'll be the case in the future. They are clearly susceptible to falls. If eight wins in a row only got them to 11th place in the rankings, there's little chance of them climbing the table with losses almost certainly on the cards from now on.

Auburn's star player KD Johnson was one to keep an eye out for regarding college basketball prop bets, but it's now best to keep some distance from Auburn.

Alabama were one of the big winners this week, climbing four places to seal fourth place on the rankings after getting the better of Houston 71-65. The most impressive aspect of Alabama's rise this season is how they've managed to keep things ticking without guard Jahvon Quinerly.

Houston aren't the only team who were sitting on the number one spot to be on the receiving end of a loss at Alabama's hands this season. North Carolina had to go through the same a little over two weeks ago. The Alabama Crimson Tide are now the first team since Oklahoma in 1990 to record wins against two sides who were sitting in the number one spot. They are just the sort of team bettors should look at on USA sports betting sites at the moment – they are not always heavy favorites, which is precisely why they always offer value.

Houston Cougars started this week on the number 1 spot but are now down to 5th place after the 71-65 loss to Alabama. Houston had a 15-point lead heading into the second half, which made their defensive collapse even more remarkable.

This loss, however, seems like an outlier. Alabama have been a bit of a bogey team for Houston since last season. With Houston likely to be underestimated by the masses following the loss to Alabama, it's a great time to bet on their rise. Most US betting apps should have the NCAA markets, and Houston could have slightly longer odds from now on because of this little dent against Alabama.

Texas are another side that suffered their first loss of the season last week and saw a significant drop in their ranking. Heading into this week in second place, they now find themselves in seventh following an 85-78 loss to Illinois.

Bettors should be wary of Texas for the time being, with head coach Chris Beard currently suspended by the school. Without their head coach leading training sessions and constructing plays from the bench, Texas will be difficult to predict going forward despite having a solid team.

The Mississippi State Bulldogs were one of the biggest risers this week. They've climbed six places to 17th in the rankings after rounding off another impressive victory against Minnesota 69-51. They're yet to lose a match this season and are another under-the-radar side that bettors need to keep an eye on.

Tolu Smith has been an absolute star for Mississippi State. He has averaged 16.7 points per game with an unbelievable field-goal percentage of 62% for this season. If he keeps things up at this rate, Mississippi State will be on the end of many wins.

That's all for this week's NCAA risers and fallers from the top 25. There are still a few months before March Madness kicks off, but the start of this season has already offered some mad moments - we'll be back next week to capture it all.