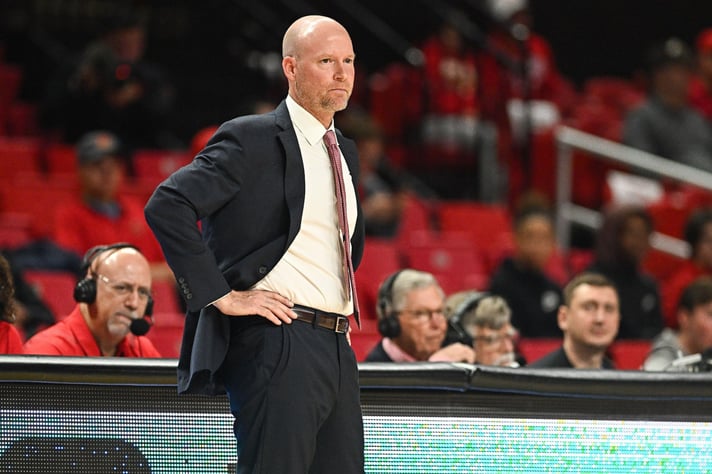 Most men’s NCAA teams have played at least six games this season, with the Houston Cougars sitting pretty on top of the most recent national rankings after an 8-0 start to the season. In this piece, we will examine the teams worth looking out for or leaving alone after the last week of action.

There are various college basketball betting sites to make college basketball prop bets on and a larger variety of outrights and futures bets to complement the props. Here is a look at some of the biggest risers and fallers after the most recent Top 25 was announced Monday.

The Maryland Terrapins are among the teams with an unbeaten record this year, winning all eight games they've played. On current form, they can be considered one of the strongest teams across the NCAA, never mind just the Big Ten.

Coming into Week 5, the Terrapins have risen nine places up to 13th, which was the biggest move up of any team this week. Their form this year has been even more impressive considering how poor they were last season. They finished with a 15-17 record last year to finish 10th in the Big Ten and lost two of their best players to the pros in seniors Fatts Russell and Eric Ayala

There were some question marks about head coach Kevin Willard last season, but he seems to have quietened his critics for now. There aren't many NCAA coaches who can coach defense as well as Willard, and when things click - as they are - they're one of the worst sides to play against. Don't sleep on them when it comes to the futures betting markets - there is serious value to be had when visiting USA sports betting sites.

No team had a worse start to the week than the Creighton Bluejays, who went from seventh in the rankings to 21st, which is another reminder of how volatile this league can be for bettors using US betting apps, particularly in the early parts of the season. The Bluejays got it all wrong in the second half against the Nebraska Cornhuskers, losing 63-53 on the day and leaving with a 6-3 record for the season.

There is still lots of time to recover from the loss but losing to this particular opponent will grate on them for the rest of the season - this was only the second time in the last 11 years that the Huskers have beaten the Bluejays. If you're in the market for the Bluejays, now might be the time to hold your wagers at betting sites and see if there's a reaction over the next few weeks.

This season, the Tennessee Volunteers' story is intertwined with the rise of Julian Phillips, who has undoubtedly upped his level this week. The 5-star recruit is starting to live up to his great potential, with 12 points against McNeese and 18 against Alcorn State after a four-point outing at No. 3 Kansas the week prior. He has failed to hit double digits in only one of his last six games. If he continues putting up such numbers, the Tennessee Volunteers will keep rising up the ranks.

They've got a 7-1 record this season, and there's no reason for them to stop rising in the rankings. They've jumped six places this week and should take smaller steps in the coming games against Eastern Kentucky and No. 13 Maryland this week.

The Arizona Wildcats were tamed by Utah this week but did show their character by bouncing back against California right after that. The manner of the loss against Utah was the real shocker, an 81-66 defeat that was among the more unexpected results of last week. They've dropped six places in the rankings to No. 9, and Branden Carlson's towering figure will give them nightmares for some time.

It won't be a surprise if other teams look to make size-based gambits against the Wildcats in upcoming games, so keep an eye out on how they cope with that. Most other teams on their immediate schedule don't have a Carlson-type figure, so the Wildcats will still largely be able to focus on their strengths rather than this one perceived weakness. They should climb the rankings soon despite the challenges from last week and could be a value price at present in outright markets at betting apps.

The basketball betting market, at large, has not woken up to the possibilities that the Auburn Tigers are providing. They are precisely the type of team that should be getting bettors interested, and it is surprising that they've gone under the radar despite having an 8-0 record. This week, the Tigers moved up in the rankings from 15th to 11th.

Their star man, KD Johnson, had made a slow start to the season but has since picked up the pace with 13.2 points in his last five games. Johnson's shooting was extremely underwhelming at the start of the season, but he has shot over 40 percent from the field in four of his last five matchups. The Tigers are still hard to predict - perhaps there is an over-dependence on individuals at times - but they should be on your watchlist.

Given we are just five weeks into the season, there is bound to be plenty of volatility in the rankings at the moment. However, that could lead to greater value when making college basketball picks in the coming days. Keep up with the latest college basketball lineups from Bookmakers.com before making any of your predictions this season.