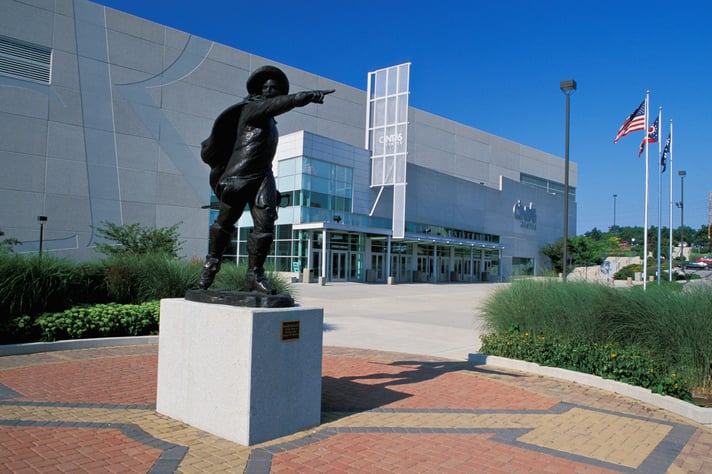 After what has been an action-packed few weeks at the top of men’s college basketball, Week 11 was a bit quieter in the most recent AP Top rankings released Monday. After a lot of moving and shaking following Purdue and UConn’s first losses of the season, the rankings have stabilized once again, with most of the largest rises and falls occurring below the top four programs. That area of the rankings table might be the one to keep an eye on for readers keen to make college basketball picks this week. Let’s look at some of Week 11’s big risers and fallers.

Xavier notched up one of their most impressive wins all season against a strong Marquette team that was bumped up five places in the rankings this week itself in a tight 80-76 game. Xavier, which lost three of its first four games of the season, is now on an 11-game winning streak that has seen the program climb four places this week to eighth place.

Despite this climb, readers who frequent college basketball betting sites are advised to bet on the Musketeers falling down the rankings in the coming weeks. As good as their recent form has been, this is probably as good as things will get for some time. They have some difficult fixtures on the horizon including UConn twice and Marquette again, and even if they win a few along the way, it’s hard not to envision a drop-off at some point. They may be more dark horses to do will at the NCAA tournament with USA sports betting sites as opposed to being among the favorites.

The Tennessee Volunteers lost their third game of the season 63-56 to an unranked Kentucky team, which saw them fall four places to ninth. The Volunteers were on a decent run of form and playing some of the less challenging teams on their schedule, which is why it was doubly important they did not lose any games.

Scoring points has been an issue for the Volunteers all season, with Santiago Vescovi averaging more points per game than any other player in their squad, with just 12.9 per game. This isn’t good enough for a program hoping to rock up to March Madness with title ambitions. The only way this works is if everyone else averages similar numbers, which is quite hard to achieve, so they may be a team to fade when looking at your March Madness picks on US betting apps.

It’s hard to understand UConn’s recent collapse. They’ve gone from being undefeated in their first 14 games to four losses in their last five. It’s one thing to lose to a decent Marquette team, but something entirely different when the same happens against St. John’s.

St. John’s beat UConn quite comfortably in the end with an 85-74 scoreline. Adama Sanogo desperately needs some help right now. He’s been excellent this season with 17.3 points per game, a 60.1% field-goal percentage and 6.8 rebounds per game. In the team’s four defeats, he has averaged 13.25 points. His teammates need to step up if they’re going to get out of this rut. Sanogo remains an excellent bet for readers looking for a college basketball player props pick so long as the matchup is right.

Clemson Tigers entered the Top 25 and climbed seven places after beating Duke 72-64 this week. The Tigers are now on a seven-game winning run and have some favorable matches in their schedule so could climb even higher up the table.

Readers who use sports betting apps should keep an eye on Clemson. They could certainly climb a few places before March Madness beckons. Hunter Tyson has put on a phenomenal one-man show for the side. He’s averaged 15.7 points, 9.8 rebounds and 0.9 steals per game. As long as he’s healthy, Clemson will be a tough matchup for anyone.

The last team on this list are the Arkansas Razorbacks, who are going through a torrid time. They dropped 10 places to 25 after a third loss in a row to Vanderbilt. This was arguably the worst defeat of the three as Auburn and Alabama are two of the stronger teams in the nation.

They seem to have lost some of their confidence in recent weeks as well. It’ll take more than just some work on the practice court to sort this mess out, so they are worth swerving when making any wagering decisions at betting sites this week.

Week 11 of the NCAA will be remembered for some big falls. Teams can, of course, turn that around in a matter of days, but it’s still a tough period to go through. Teams at the top should be wary because the same could happen to them.