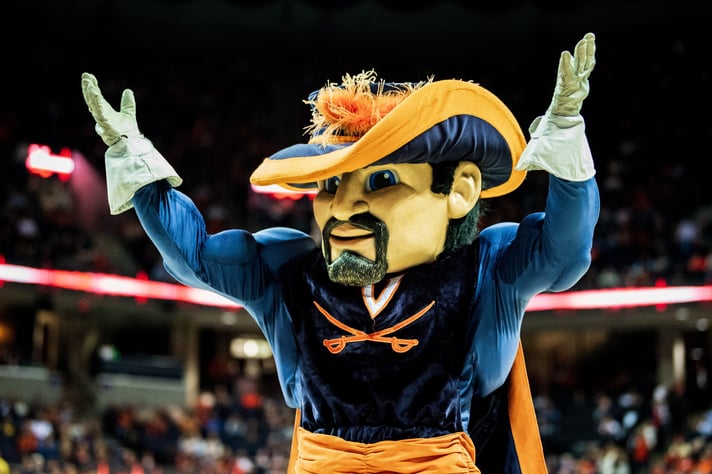 After a steady start to the men’s NCAA basketball season, the last two weeks have been far more volatile in the national rankings.

There aren’t many teams with unbeaten records anymore, making it harder to make your college basketball picks. Week 7 of the NCAA saw more twists and turns, which could get quite exciting if you're a regular at college basketball betting sites. Here's a look at some teams that went through massive rises and falls.

Beating a strong Tennessee side is a fool-proof way to climb up the AP Top 25. Arizona climbed four places to fifth in the rankings after a 75-70 win over Tennessee, putting doubts about their grit to bed. Arizona were up against one of the most robust defenses in the league, which should give them a lot of confidence for the rest of the season. The game was decided in the paint, with Arizona getting eight more boards than Tennessee.  Arizona’s shock loss to Utah a few weeks back will be forgotten by people visiting betting apps soon enough if they keep playing at this level.

Alabama had a reality check with a 100-90 loss to Gonzaga this week. After climbing four places last week, they fell five spots to ninth in the Week 7 Top 25. This isn’t a bad spot to be in, but Alabama will be disappointed that they couldn’t keep up the momentum.

Having beaten Houston in the previous week, the game against Gonzaga was a great way to show they belong at the top. Nimari Burnett also suffered a wrist injury in the game that required surgery, and he could be out of college basketball lineups for the foreseeable future. He was excellent in the win against Houston.

Alabama play Jackson State next, who aren't the most formidable opponents. A win against Jackson could help settle things, and we back the team to be a safe bet on US betting apps.

Another side that fell a few places this week were 2019 NCAA national champions Virginia. The 69-61 loss to a strong Houston team was their first of the season and saw them drop four places to sixth.

They produced an insipid display against Houston, who were there for the taking after their loss to Alabama in the previous week. Virginia's shooting from the perimeter let them down; they were successful on just 27.3 percent of their deep shots. The concern is that more teams will pick up on this and make them shoot from the perimeter in the future.

They only made six three-point shots in total. Kihei Clark, Reece Beekman and Armaan Franklin all had nights to forget. If readers want to bet on college basketball prop bets, exercise some caution when it comes to these three players in particular - a few more weeks like this one would be a true sign of a dip in form.

Gonzaga haven't made the best start to this NCAA season, but they showed up against Alabama this week. For a team that has been a No. 1 seed in the NCAA tournament four times in the last five competitions, and with players like Drew Timme in their ranks, they're always expected to put on a show. They certainly did that in the second half against Alabama, getting 54 points in the last 20 minutes in a 100-90 win.

Despite already suffering three losses this season, they now find themselves in 11th place in the rankings after rising four spots this week. They might start playing up to their level now, so it could be worth keeping an eye on USA sports betting sites and comparing between them to try and find some value with Gonzaga - we don't expect too much betting action on them and that seems like an opportunity.

Kentucky were one of the week's biggest disappointments, falling six spots to 19th after a 63-53 loss to UCLA. It looked like they'd got their house in order after winning four games in a row, but they've now suffered three defeats already this season. With star Oscar Tshiebwe in their ranks, more is expected of the Wildcats. Tshiebwe has averaged 15.1 points per game with a field-goal percentage of 55.8. His teammates need to help him. They're far too dependent on him to bail them out of trouble.

This was another great week of NCAA basketball. Purdue and UConn are still unbeaten. Based on their current form, they'll be battling for the top spot for a few more weeks.