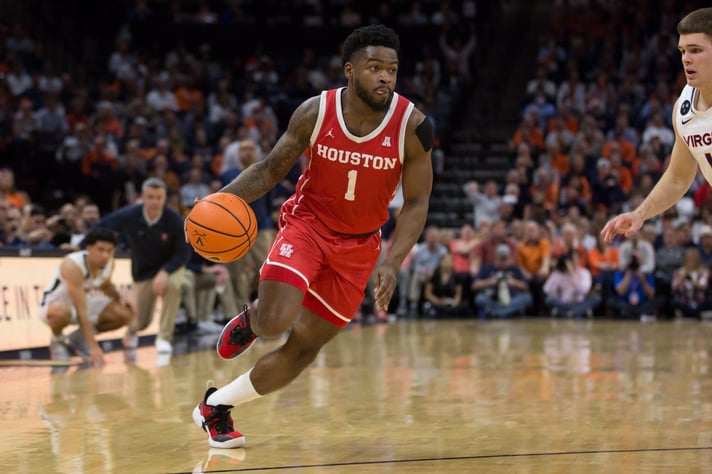 Week 10 of the men’s college basketball season was as dramatic as it gets. There is no unbeaten team in the Top 25 after Purdue lost their first match of the season. This has led to some significant changes at the top of the national rankings and in the odds on college basketball betting sites.

The league is too competitive for teams to stay unbeaten. Many teams are on an equal footing again. Let’s look at some of these teams and the other big risers and fallers from Week 10.

The Houston Cougars are now the top team in the NCAA. This is the second time this season that Houston have found themselves in this position. It didn’t have everything to do with their performances in Week 10, but they won’t fuss too much about that.

Houston have a 16-1 record this season, which is as impressive as they come. They’ve won their last two NCAA games by a margin of 13 points or more, which shows how dominant they’ve been in recent weeks.

Marcus Sasser has been phenomenal for Houston. He’s averaged 15.8 points per game with a field-goal percentage of 41.4% while also managing 1.9 steals per game. They are well worth their spot on top of the table.

This was the big upset of the week. Purdue fell from 1st to 3rd in the rankings after a 65-64 loss to Rutgers. They followed the loss with two wins, but it didn’t matter as far as the rankings are concerned. They’ve still had an incredible season, and losing their first game in Week 10 is still some accomplishment.

Zach Edey deserves a lot of credit for his performances this season. He has averaged 21.9 points per game with a field-goal percentage of 63.1%, along with 13.2 rebounds and 2.1 blocks per game. Edey is a strong option if you dabble in college basketball props bets.

The UConn Huskies, who were in first place in Week 8, now find themselves in sixth place. They suffered their second loss of the season to Providence 73-61. They followed this up with a 69-60 win over Creighton, but it didn’t stop them from falling two places this week.

For long spells of the season, UConn and Purdue looked unbeatable, and now it has all changed. Adama Sanogo needs help from his teammates during this difficult period. He has been doing a lot of heavy lifting with 17.9 points per game, a 59.4% field-goal rate, and 6.9 rebounds per game. UConn seem to have been found out, and they need to mix their game up a bit more.

They could be in a bit of trouble in the coming weeks. On most US betting apps, you'll see that their futures odds will have lengthened.

The biggest risers of the week were the Kansas State Wildcats. Unranked prior to this week, Kansas climbed 15 places to 11th after their 97-95 win over Baylor. They’ve been rewarded for consistently putting in top displays in the last eight matches that they’ve participated in. The outrights markets on USA sports betting sites are all reflecting this fact.

They’ve got a 14-1 record for the season, which is a better record than some teams above them in the rankings have. Keyontae Johnson deserves a lot of credit for getting Kansas to this position.

He has averaged 18.8 points with a field goal percentage of 58.2%, and completed 7.1 rebounds per game. It’s a surprise that it took them so long to break into the Top 25. Their job going forward is to stay in the mix.

The last team on this list is another climber. The Iowa State Cyclones were just within the Top 25, and have now climbed 11 places to 14th after a 69-67 victory over TCU. They lost two matches earlier in the season but have been unbeaten in their last six and are well worth the rise in rankings.

It took a real team effort for Iowa to get up here. Jaren Holmes has averaged the most points in this side with just 13 per game, which shows that they need everyone to pull together to eke out results.

This was one of the most exciting weeks of the NCAA season. Purdue’s loss has shaken things up. No team can enter matches with a veneer of invincibility now. The season promises more twists and turns in the coming weeks so keep that in mind when making your college basketball picks.