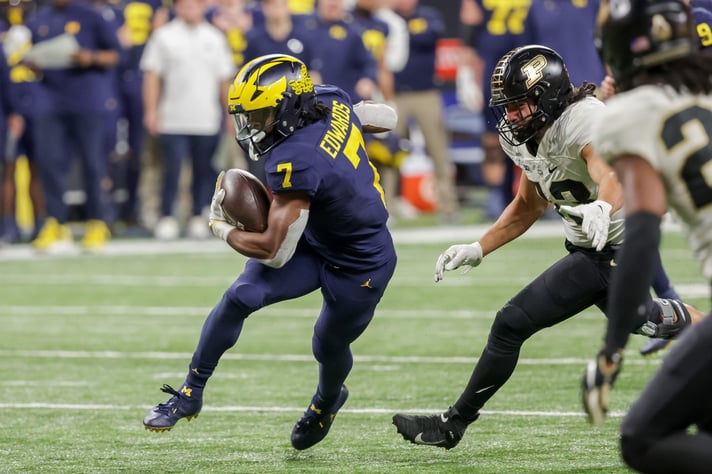 The College Football Playoff is the pinnacle of the NCAA season, and with the very best student athletes on show, it provides the perfect platform to visit college football betting sites and see if you can’t win some wagers.

With the best of the best playing, it can be difficult to make your college football picks before kickoff, but with our help, we can push you in the right direction in both the Fiesta Bowl and Peach Bowl. So let’s get to it.

While both College Football Playoff semifinals are expected to be one-sided results, according to USA sports betting sites, that doesn’t mean there isn’t some money to be made with certain props.We’re starting with first-quarter props and think there could be some value to be had.

Georgia have steamrolled pretty much every team they have played this season. Indeed, only one team has got within one score of them. However, their efforts in the first quarter in more recent games could provide an opportunity. Two games ago against Georgia Tech, the Bulldogs were down 7-3 after the first quarter. In two consecutive games against Missouri and Auburn, they were held scoreless in the first quarter.

Ohio State have been held scoreless in the first quarter just once all season, and that was also the only time they have lost the first quarter. Those interested in college football prop bets could do much worse than take a look at the lines in this game. In what looks a safe bet, you can get Ohio State +3 in the first at -125, but if you’re convinced of Ohio State’s hot starts like we are, +155 on Ohio State to win the quarter looks great value.

Look to Alternate Spreads For Value

The theory goes that with the top-four teams in the country playing, we should be in for tight matchups given how evenly matched they all are. However, that rarely comes to fruition in these big games, so it might be the right idea to take a look at the alternative lines.

Closer to kickoff, when everyone has a greater idea of what the college football lineups will be, and the player prop lines are likely to be, you can expand your betting, but for now let’s take a look at the alternate spread.

Let’s start with the outright favorites for the title at betting sites, Georgia. They have had one game all season where the final score has been within one touchdown. That was at the start of October when the unranked Missouri gave them a fright before the Bulldogs pulled away for a 26-22 win. Since then, they have played three ranked teams, and the closest any of them got was Tennessee’s 14 points. Ohio State’s last game of the regular season was a 45-23 beatdown from a Michigan team that is stylistically similar to Georgia. A spread of something like Georgia -10 should give you ample room for error, while also providing positive odds at +145.

Michigan has been known as a team that is strong in the trenches on both offense and defense since Jim Harbaugh took over the program in 2015, and this season is the type of team he has been trying to build for the past seven years. It ranks top five in both rushing defense and rushing offense.

They come up against a TCU Horned Frogs team that hasn’t been as stout against the run as it could be. It allows 149.5 rushing yards a game, which doesn’t even break the top 50 in the nation, while Michigan gains 243 yards a contest.

Blake Corum and Donovan Edwards have combined for 2,335 yards and 25 touchdowns on the ground this season. Corum is questionable for the game, which is a big blow for him personally but may not change much for Michigan. Edwards combined for 401 rushing yards in the two games since Corum injured his knee. Any prop of 120 yards on the ground for Edwards when US betting apps have them available is a solid bet to take. Michigan having over 200 yards at least as a team should be the benchmark for any team wager too.