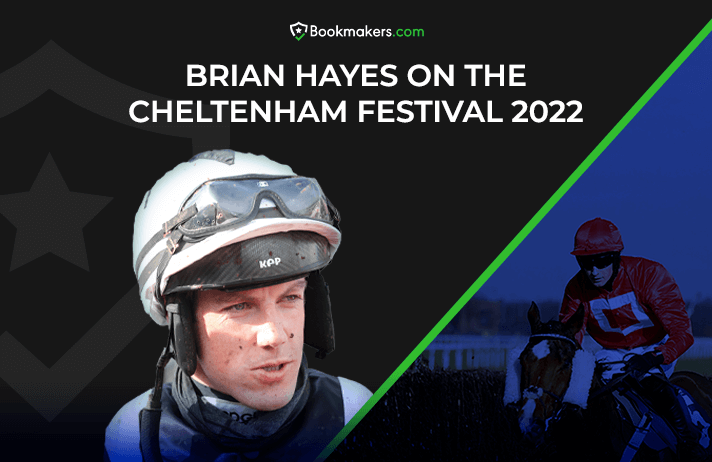 What a remarkable day at Cheltenham on Wednesday. The rain fell and didn't stop and it really made a difference. Energumene coped best with it to land the Queen Mother Champion Chase and whilst the departure of Shishkin and Chacun Pour Soi from the race early on meant it was made easier it was still a very very good performance from Energumene for Willie Mullins and Paul Townend, especially as it's Willie's first Champion Chase success as a trainer.

I had a great spin in the bumper to pick up a place in 4th with Seabank Bistro but Facile Vega was briliant and no doubt he will be back here for years to come just like his mother Quevega was before him. Conditions are a bit of an unknown going into Day 3 at this years Cheltenham Festival but hopefully the majority will be fine on it and we are set for another great day of horse racing betting.

A packed card again full of quality for Day 3 and let's hope the weather relents a little and makes it enjoyable for all!

Fascinating race to start off the day on Thursday with what is basically a head to head clash between Galopin Des Champs and Bob Olinger in the Turners Novices' Chase.

Preference here is for Bob Olinger, he's done nothing wrong so far over fences and was an exceptional horse over hurdles. He was so good when winning at the Cheltenham Festival last year and I just think if he continues to transfer that to fences he will be very hard to beat.

Some people have been a bit critical of his jumping but I would say he is a safe jumper and should be able to get himself across the line. Galopin Des Champs is obviously a serious animal as well and his jumping has been flawless so far. He is clearly going to make it a very strong test.

Whilst Galopin Des Champs rating of 164 is 3lbs better than Bob Olinger's 161 I just think he might have the beating of him today for the Henry De Bromhead and Rachael Blackmore combination.

This is an interesting affair, I'd imagine the top of the market with the bookmakers and the handicap weights will be Sire De Berlais for Gordon Elliott and jockey Rob James taking off a valuable 7lbs here. He has a very good chance of enhancing an excellent record at the Festival already.

However I think Winter Fog for trainer Emmet Mullins will have a big say in this if he stays the trip. He should be able to travel and get himself in to a good early position which will be worth a lot in this big runner field so preference is for Winter Fog to land the Pertemps.

This years Ryanair should revolve around the two main Irish horses Conflated and Allaho.

Obviously on the back of what Allaho did at the Festival last year in this very race then preference would have to be with Willie Mullins' horse. However I do think Conflated has to be taken seriously with his recent run at Leopardstown, winning the Irish Gold Cup, fresh in the memory. Beating last years Cheltenham Gold Cup winner Minella Indo by six lengths at the Dublin Horse Racing Festival is form that can't be sniffed at. Despite the difference in the current prices I would see Conflated as a serious threat to Allaho this year.

However Allaho has course form at the track and I think that might just be the edge that gets him over the line to win a second Ryanair Chase.

I'm going to side with another Festival winner from last year to win again and that is Flooring Porter for trainer Gavin Cromwell. I thought he was unlucky at Leopardstown over Christmas, a race I rode in, where we missed the break and the winner Klassical Dream got ten lengths on the field at the start having bolted at the tapes and the rest us of just weren't prepared to go!

Danny Mullins reacted quickly on Flooring Porter but still had to sacrifice that ground to the winner and was only beaten two lengths at the death. I think that back here at Cheltenham then Flooring Porter might just be the one.

A big field here for the Mares' Novices and six of them from the Willie Mullins contingent with the best of them looking like the Paul Townend ridden Brandy Love and the Mark Walsh ridden Dinoblue. A lot of good mares here with big chances.

I ride a mare for Colm Murphy called Impervious and I think she has got a great chance. As I explained to readers in my Cheltenham Festival Preview column she has a good solid rating of 139 and that puts her up at the top of the list. Obviously we need a lot of luck with 22 runners and if she can get a good run around I don't think she will be far away at the finish. With the weather changing a lot and the ground now testing she did win in Down Royal on soft so it won't inconvenience her but it might not suit others in the race.

I'm going to go for an each way selection here in the Kim Muir with Rightplacerighttime for Emmet Mullins and Maxine O'Sullivan. He is down at the bottom of the weights and ran an absolute cracker with me the last day at Leopardstown to finish 6th of 14 and only beaten seven lengths. He didn't jump at all well that day and I think if he had of jumped better he would have won.

I just think with his jumping brushed up a little bit and with the softer fences round Cheltenham compared to those at Leopardstown he might just be a great each way option in the last race of the day.