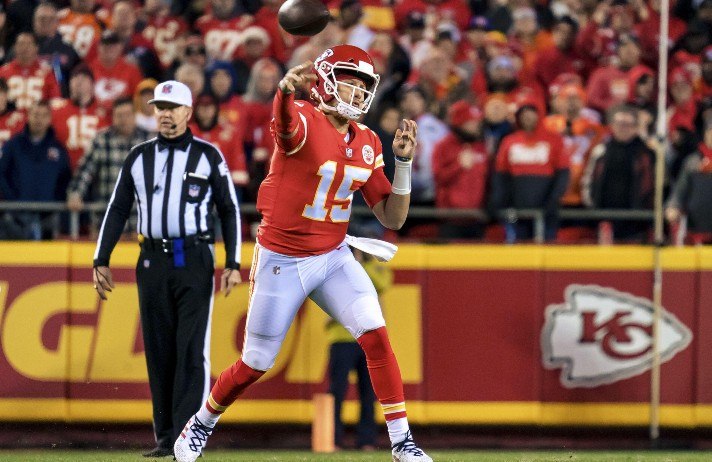 Fans of NFL betting know the regular season produced plenty of shock results and storylines and no doubt there will be more to come throughout the playoffs. Winning is all that matters now. Lose and the season is over. We look at who is most likely to represent the AFC and NFC in Super Bowl LVI in Los Angeles on February 13.

The wait for a repeat Super Bowl continues after the defending champions Buccaneers lost 30-27 at home to the Rams in the Divisional round of games. There is a chance the 49ers and Bengals meet in the title game for the third time. San Francisco, with legendary quarterback Joe Montana under center, won Super Bowl XVI by five points and XXIII by four points.

We could also see a repeat of Super Bowl LIV when the Chiefs rallied from a 10-point fourth quarter deficit to beat the 49ers 31-20. The Chiefs are hosting the AFC Conference game for a fourth successive season but they have only gone on to hoist the Vince Lombardi Trophy once in the last three seasons.

Patrick Mahomes has been brilliant in the playoffs and on home soil, he will hope to keep producing brilliance to get Kansas City back to the big dance for the third straight season.

The Chiefs remain favourites with many of the best betting sites to win Super Bowl LVI.

Mahomes Has Chiefs Leading The Way

The Chiefs started the 2021 season as one of the favourites to win a third successive AFC Conference with quarterback Patrick Mahomes under center. However, at 3-4, obituaries were being written for Andy Reid's talented side as they lost ground in their division.

But Kansas City reminded everyone why they have reached the last two Super Bowls by showing the character of champions by winning nine of their last 10 games to reclaim the favourites tag in their conference.

Mahomes, called the Grim Reaper by his coach Andy Reid, has thrown eight touchdown passes in his two play-off games so far and if he maintains the high standard he and the Chiefs have set, then the Vince Lombardi Trophy could be back in Arrorhead.

Bengals Continue To Defy The Odds

Bengals fans have not had a lot to celebrate in recent years but the arrival of quarterback Joe Burrow has transformed the fortunes of the team. Drafting his former college team-mate Ja'Marr Chase has made Cincinnati a threat, not just this year, but in seasons to come.

The Bengals, who were 100/1 to win Super Bowl LVI in pre-season, have defied the odds to beat the number one seeds Tennessee. The Titans sacked Burrow nine times which usually leads to a loss, but Burrow and the rest of the Bengals somehow found a way to win.

With second-year quarterback Burrow playing with maturity beyond his age, the Bengals cannot be written off. They don't like being called the underdogs, but that's what they will be at Arrowhead. Check out the best betting offers and use them on this bet or any of the others on this page. 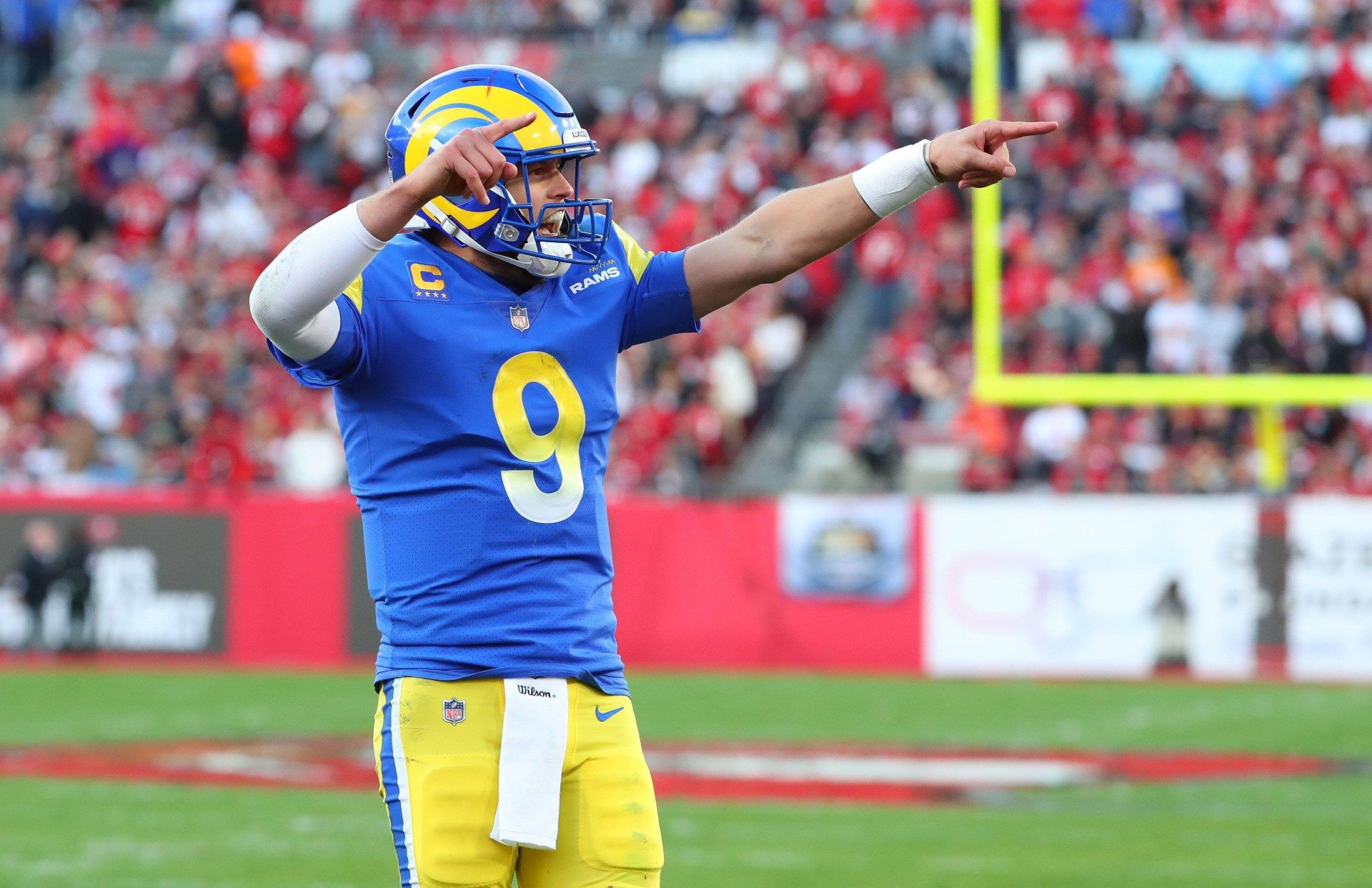 Many scoffed at the Rams for trading their future draft picks to bring veterans to Los Angeles as they went all-in to win Super Bowl LVI. But that decision seems to be paying off as they are now just one win away from playing in a Super Bowl on home soil.

The Buccaneers were the first team to do that last season when they won Super Bowl LV, but after losing to the Rams, Tampa Bay will be watching the Championship games at home.

The trades to bring the likes of Odell Beckham Junior and Von Miller to the Rams is certainly paying off as they have made made valuable contributions to their playoff wins. And quarterback Matt Stafford is proving his value after the Rams traded for him in the off-season.

With the Super Bowl being played in their home stadium, motivation will not be an issue for Sean McVay who admits he was outcoached by the Patriots when he took the Rams to the Super Bowl four seasons ago.

One of the best wins of the Divisional round was the 49ers win in Green Bay. As the snow fell, the hopes of the Packers advancing to the Conference game fell too as the 49ers somehow did enough to get the win.

Their offense failed to score a touchdown, but their defense came up with the crucial score to return a blocked punt into the endzone in the fourth quarters to swing momentum San Francisco's way.

Keeping their offense balanced could see them return to the Super Bowl for the second time in three seasons.

What Were The Pre-Season Odds?

Now that we know the four teams left with a chance to win Super Bowl LVI, we can look back at the odds of each possible match-up before the season started. In the AFC, the Chiefs will host their fourth successive AFC title game against a Bengals team that were dark horses to win their first ever Super Bowl.

In the NFC, the championship game will be an NFC West showdown between the Rams and the 49ers. The Rams won the division with a 12-5 record while San Francisco had to settle for a wild card with a 10-7 record. This will be the third meeting between the two teams this season with the 49ers winning both. In fact, San Francisco has won the last six meetings. With a place in the Super Bowl on the line, will the Rams be able to break that streak?

Kyle Shanahan's 49ers were a bit of an unknown quantity this season. They had a solid defense, but question marks remained about quarterback Jimmy Garoppolo leading the offense. Garoppolo has guided his team to within 60 minutes of a return to the Super Bowl. The 49ers were 20/1 pre-season to face the Chiefs in Super Bowl LVI and 40/1 to win that contest. Two of the 49ers' five Super Bowls have come against Cincinnati and they were 300/1 to face the Bengals on February 13 and 500/1 to make it a hat-trick of title wins over their AFC rivals.

Some are calling Kansas City's performances over the last three seasons a dynasty, although they have won just one Vince Lombardi trophy. They were many people's favourites to be the AFC's representative in Los Angeles in a fortnight's time and they were 33/1 before a snap had been taken to beat the Rams. They were 40/1 to beat the 49ers in the final game of the season.

The rise of the Bengals is a heart-warming story and many neutrals will be cheering Cincinnati on to reach Super Bowl LVI. In Joe Burrow, the Bengals have a rising star who manages to perform at the highest level regardless of setbacks. A serious knee injury last season and nine sacks in their 19-16 win over the Titans in the last round were no match for the quarterback. In pre-season, the Bengals were 500/1 to beat either the Rams or the 49ers in the NFL's showcase game.