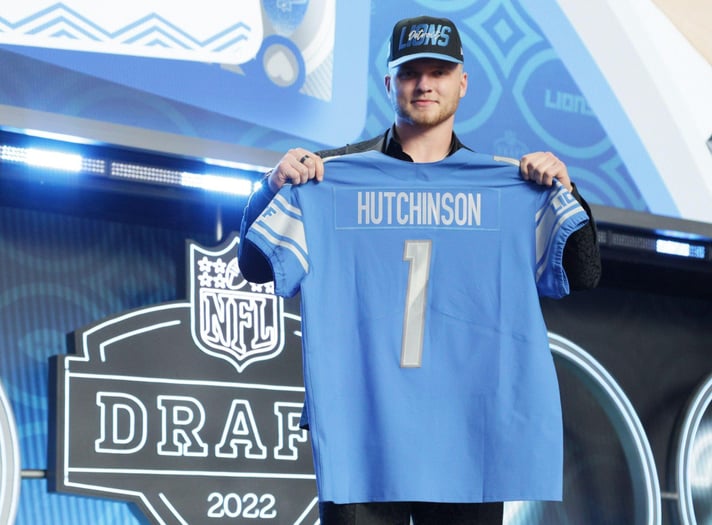 Every National Football League season, there are a number of individual awards available irrespective of which team wins the Super Bowl. This includes accolades for the best performing rookie in both attacking and defensive positions.

As the name suggests, these awards go to high-performing players in their first season in the NFL, with Nick Bosa, Chase Young and Micah Parsons the most recent three winners. Given there are so many rookies in each class, there can be great value in heading to the NFL Futures 2022-23 betting markets and selecting the Defensive Rookie of the Year option.

You can see a full list of players and their accompanying odds. You can then compare the latest prices across NFL betting sites and decide which defensive players to back at the prices available. You might be surprised by the difference in the various odds, and it’s always worth having accounts with a handful of bookmakers so you can take advantage of multiple betting offers.

Hutchinson and Thibodeaux Among Early Front-Runners

Aidan Hutchinson and Kayvon Thibodeaux have been the early season pace-setters in the NFL Defensive Rookie of the Year market, with both players having plenty of reasons to back them ahead of the new season.

Hutchinson provided lots of hype prior to the NFL draft, and the Michigan-born 22-year-old defensive end was taken by the Detroit Lions second overall in the 2022 NFL draft.

After a dominant season with the Michigan Wolverines, he took home individual hardware including the Ted Hendricks Award, the Lombardi Award, the Loft IMPACT Trophy and the Chicago Tribune Silver Football. He also finished runner-up in the prestigious Heisman Trophy voting, given out to the best player in college football every year, which leads to plenty of college football betting.

There’s always an element of the unknown for any player entering the NFL, but Thibodeaux is a highly confident defender and will look to make plenty of noise for the New York Giants in the coming months and years. However, an injury picked up in preseason could give Hutchinson the chance to impress early on.

Thibodeaux was the fifth overall pick in the draft out of Oregon after being named a unanimous All-American in 2021 and winning the Morris Trophy – handed out to the best offensive and defensive linemen in the Pac-12 each year - in 2020. Travon Walker is someone who can’t be ignored after going first overall to the Jacksonville Jaguars.

The nature of this award means we get a different winner on an annual basis. Therefore, there’s no specific form to read as far as National League Football performances are concerned, so choosing who to pick at the best NFL betting apps can be tricky. However, you can use their performances in college football the previous season as a template for success in the league.

In the past nine NFL seasons, a linebacker has won the Defensive Rookie of the Year award twice, with Micah Parsons landing the spoils in 2021 after an impressive showing for the Dallas Cowboys, while Shaquille Leonard won it on the Indianapolis Colts in 2018.

Perhaps you are on safer ground backing a defensive end to win the trophy, with the Washington Commanders’ Chase Young winning in 2020 after Nick Bosa and his older brother Joey each won it within the last six years.

In the past nine renewals, there have been five defensive linemen who have triumphed, and that implies a greater than 50% probability that a winner will come from this position group, be it a defensive end or a defensive tackle. Cornerbacks Marcus Peters and Marshon Lattimore also won the award in 2015 and 2017, respectively.

The first port of call is to pay close attention to the NFL draft when compiling a shortlist for the Defensive Rookie of the Year market. After all, each National Football League franchise spends millions on data analytics, and they will have carefully considered the players they want to secure from college to improve their team.

If a defensive player is selected in the first round of the draft, there is a strong chance they will make plenty of appearances, and it’s also worth considering the relative prospects of that team and their Super Bowl odds. This can be a betting market where it pays to do plenty of prior research.