Donn McClean - Five Of The Best Flat Races Of All Time 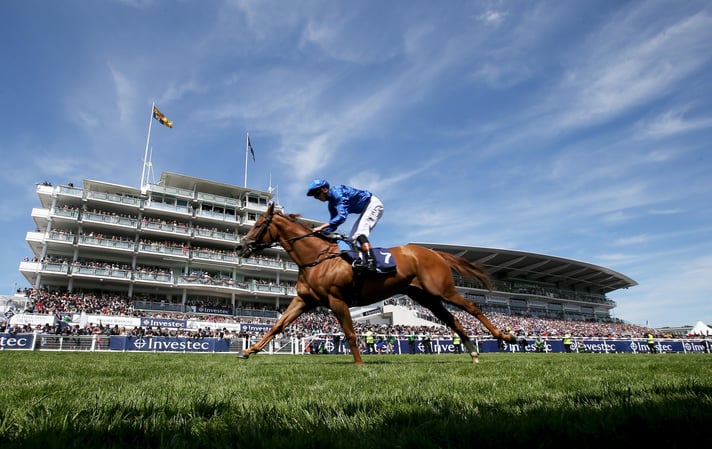 Ask anyone about great horse races, and it is likely that the 1975 King George is at or near the top of the list.

They are talking about this one still, almost half a century later.  People who weren’t even alive in 1975 talk about this one. Bustino, the four-year-old 1974 St Leger winner, went to Ascot in July 1975 on a high having won the Coronation Cup at Epsom the previous month.  Grundy was the young upstart and champion two-year-old the previous season. He was the Champagne Stakes winner, Dewhurst winner and had already won the Irish Guineas, the Derby and the Irish Derby as a three-year-old before he went to Ascot at the end of July.

It wasn’t a two-horse race, or it shouldn’t have been at horse racing betting stalls. There were 11 horses in the race, including Star Appeal, the winner of the Eclipse and later the winner of the Prix de l’Arc de Triomphe, and Dahlia, who had won the previous two renewals of the King George, as well as the 1974 Irish Oaks and Cheshire Oaks. Yorkshire Oaks winner Dibidale also lined up.  But the race developed as a match from a long way out.

Bustino’s trainer Dick Hern fielded two pacemakers in order to ensure the fast pace that would bring Bustino’s proven stamina into play, so the early fractions were unforgiving. Highest went fast and led early, then Kinglet took over, ensuring there was no relenting.

Grundy and Pat Eddery moved in behind Bustino as they raced to the home turn, and then it was down to two. Bustino was about three lengths clear as Ascot’s bell sounded to tell you they were turning for home. Passing the two-furlong marker, it looked like Grundy was struggling to close the gap, but then he started to make inroads.

He joined his rival at the furlong marker, and he must have gone about a half a length up when Bustino started to rally on the far side.  The two great rivals ran on fumes as they raced deep inside the final furlong, class, willingness and tenacity propelling them forward, but there could only be one winner. In the end, Grundy passed the post half a length in front of Bustino, the pair of them clear in a race that broke the track record by almost two-and-a-half seconds.

The 2001 Irish Champion Stakes was fascinating, not just because it saw two of the best middle-distance racehorses of the era taking each other on again – and we didn’t know then the magnitude of the impact that one of them would have subsequently on the global bloodstock industry – but because it was also the personification of the great competition that there was at the time between Coolmore and Godolphin.

Galileo had come out on top when he and Fantastic Light had last crossed swords, in the King George VI and Queen Elizabeth Stakes at Ascot six weeks earlier so was sent off the long odds-on favourite at horse racing betting sites for the Irish Champion Stakes. The Aidan O’Brien-trained colt had also bagged the Derby and the Irish Derby before that, stretching his racing record to six for six.

Fantastic Light had been a slower burn. The Godolphin horse hadn’t netted his first Group/Grade 1 race until he won the Man o’War Stakes at Belmont Park as a four-year-old in September 2000. Kept in training at five, he had won the Tattersalls Gold Cup and the Prince of Wales’s Stakes before Galileo beat him in the King George.

Tactics were always going to be important at Leopardstown. It was the Ballydoyle colt, Ice Dancer, who led early on, and he was tracked by the Godolphin colt Give The Slip, with Fantastic Light and Frankie Dettori in third, and Galileo and Michael Kinane just a length behind in in fourth. As they raced halfway down the back straight, Ice Dancer was about five lengths in front of Give The Slip, who was in turn about three lengths ahead of his stable companion Fantastic Light.

As they raced out of the back straight, Ice Dancer was still clear, with his rider Paul Scallan having a look around him. Behind him, Richard Hills and Give The Slip moved off the inside, and Frankie Dettori moved Fantastic Light into the gap that was there between him and the inside rail.

Michael Kinane and Galileo had to go around the two Godolphin horses as they raced around the home turn, with the result that Fantastic Light led Galileo by a length as they straightened up for home and whizzed past the tiring Ice Dancer.

And then the duel played out up Leopardstown’s home straight, Fantastic Light and Frankie Dettori all-in in front, Michael Kinane and Galileo in an all-out drive, endeavouring to catch them before they got to the winning line. They closed the gap all right. They got to within a half a length, within a neck, within a head, but Saeed Bin Suroor’s horse was game on the far side. Two top-class race horses gave their all and, in the end, it was the Godolphin horse who prevailed by a head.

They were old rivals. Affirmed and Alydar had met six times as juveniles, Affirmed coming out on top four times and Alydar prevailing twice. And they had met twice as three-year-olds before the Belmont Stakes, in the first two legs of the Triple Crown. In the Kentucky Derby, Affirmed had prevailed by a length-and-a-half; in the Preakness Stakes, Alydar had closed the gap to a neck.

The general feeling was that the longer distance of the Belmont Stakes would bring the two old rivals even closer together, and it did. Just five horses lined up for the 1978 Belmont Stakes, and it was Affirmed who led them from early. Steve Cauthen, The Kentucky Kid, was allowed to set a steady pace on the leader early on, before Jorge Velasquez moved Alydar up on the outside as they entered the back straight.

Halfway down the back straight, Alydar pushed up on the outside of his rival, with the pace notably quickening as Affirmed retained the inside berth, taking the two old adversaries clear of their three rivals. The pair of then swept around the home turn head-to-head. They raced stride for stride for the entire length of the home straight, locked in combat. Both riders asked their horse for all they had until, a couple of strides from the line, Affirmed stretched his neck out and forged on to get home by a nose.  Affirmed was emulating Seattle Slew, who had completed the Triple Crown the previous year, but there wasn’t another Triple Crown winner after Affirmed until American Pharoah in 2015.

The 1984 Epsom Derby was tops for drama. El Gran Senor was the warm favourite for the race, owned by Robert Sangster, trained by Vincent O’Brien. The Northern Dancer colt had won the Railway Stakes, the National Stakes and the Dewhurst Stakes as a juvenile, and he won the Gladness Stakes as a three-year-old before going to Newmarket and winning the 2000 Guineas.

Secreto, another son of Northern Dancer and trained by Vincent’s son David, had won the Tetrarch Stakes on his debut as a three-year-old, but he could only finish third in the Irish 2000 Guineas on his second run.

El Gran Senor travelled well through his race behind a fast pace, with Secreto and Christy Roche just behind him. El Gran Senor moved up easily among horses and, fourth into the home straight, moved to the outside and made his ground, bridging the gap to the leader, At Talaq.

Secreto came under a ride towards the outside, but he found for pressure. Pat Eddery was still motionless on El Gran Senor as they passed the two-furlong marker, and the rider allowed himself a glance over at Christy Roche, hard at work and flat to the boards on Secreto.

Eddery didn’t ask his horse for his effort until they got to the furlong pole and, when he did, the response from his partner wasn’t as potent as it looked like it might be. He went about a half a length up all right, but no more, as Secreto continued to respond to his rider’s urgings. About 150 yards from the line, it still looked like the favourite would oblige, but Roche conjured a final effort from Secreto, who stuck his neck out willingly and got up on the line to get home by a short head.

You won’t find this one in many Greatest Races lists but watch the video and you will see why it merits inclusion.

Unusually, Rite Of Passage had run just twice on the flat before he lined up in the 2010 Ascot Gold Cup. Dermot Weld’s horse had won his maiden at Ballinrobe the previous September, and he had followed up by winning the November Handicap at Leopardstown. A dual bumper winner, he had been jumping hurdles in the interim, winning at Leopardstown and at Punchestown, and finishing third in the Ballymore Novices’ Hurdle at the 2010 Cheltenham Festival.

Age Of Aquarius’ profile was much more Ascot Gold Cup-ish.  Seventh in the Epsom Derby in 2009, Aidan O’Brien’s horse had finished second in the Grand Prix de Paris on his final run at three, and he had finished second in the Ormonde Stakes at Chester and in the Saval Beg Stakes at Leopardstown in May as a four-year-old before he went to Ascot in June. It was a tough call on horse racing betting to choose the winner.

The race itself developed into a duel, a battle of determinations, two top-class staying thoroughbreds and two top-class Irish riders giving their all, nobody willing to wilt, Pat Smullen on Rite Of Passage, Johnny Murtagh on Age Of Aquarius. With both horses prominent from early, Age Of Aquarius moved to the front fully five furlongs out, but Rite Of Passage was quickly out after him. The drive for home began early and, for the entire length of Ascot’s home straight, they slugged it out.  Age Of Aquarius led but, stride by stride, Rite Of Passage reeled him in, drew level just inside the furlong marker and went on to win by a neck in a gripping conclusion to a thrilling encounter.