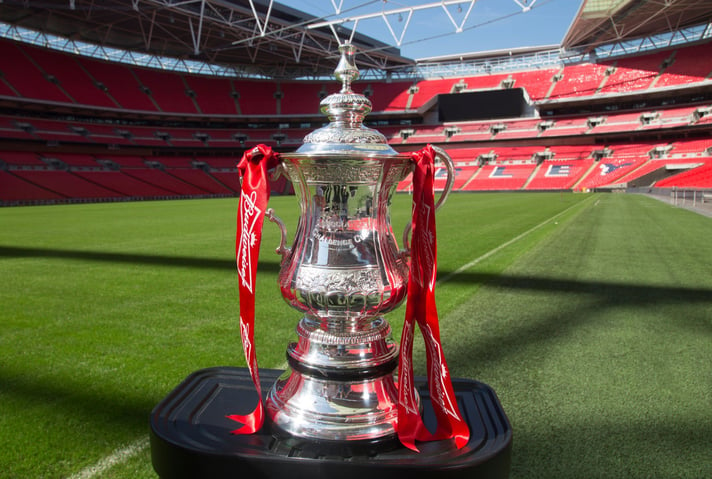 In this piece, we look ahead to the 2022 FA Cup final from a number of betting angles. We highlight the best betting offers and free bets for the big game, while we also explain the best betting markets and the latest odds so that you’re completely informed for the big clash.

The 2022 FA Cup final takes place on Saturday May 14 at 16:45 BST, with Liverpool taking on Chelsea at Wembley Stadium. We look ahead to this big showdown, which is a repeat of February’s Carabao Cup final, where the Reds claimed the trophy after winning a penalty shootout.

Deposit Match Bonuses – many FA Cup betting sites will add a bonus when you sign up and make a first deposit into your betting account. This could be in the form of a 100% bonus where your first deposit is matched with bonus funds to the same value.

Betting Promo Codes – An FA Cup bookmaker may also issue betting promo codes to new or existing customers. You can usually enter this promo code when you make a deposit, and this will trigger a free bet promotion.

Betting Bonus Codes – FA Cup betting bonus codes can often be used to good effect. Make a deposit and enter a bonus code to make sure you qualify for the FA Cup final betting offer that is being advertised.

Betting Welcome Offers – these type of betting promotions can come in many shapes and forms. FA Cup final betting welcome offers might include a matched free bet or a risk-free first bet.

No Deposit Free Bets – it’s always a bonus when you can get a no deposit FA Cup free bet. This will typically be available to existing customers as a reward for their loyalty, and you get to keep any winnings.

Free Bets – nothing beats getting FA Cup final free bets and being able to have a wager without risking your own money. Choose from any of the available markets and select one of the free bets that you want to use on your bet slip.

Some bookmakers and betting sites will offer new customers enhanced odds and FA Cup specials around the match that are only available to new customers who sign up specifically to place a bet on the game. These are limited time only and pre match win markets or based around a specific player performance like first goal scorer or to score anytime. These are settled usually at the normal betting odds with the enhanced odds winnings should your selection be correct paid in free bets and sometimes cash.

There will be a lot of FA Cup final bets placed with the best UK betting sites and around the world. The primary market is WDW, also known as Full-Time Result. It’s a simple case of choosing either Liverpool, Chelsea or the draw in 90 minutes, while you can alternatively bet on which team will lift the trophy.

Beyond this, there’s the chance to bet on Both Teams to Score (yes or no), while Total Goals means you can choose between Under/Over 2.5 Goals and other goal lines. Some customers will want to keep things interesting with a First Goalscorer or Correct Score wager, and the odds are bigger due to the wider number of available selections.

This will probably be a record-breaking game for FA Cup Bet Builders considering this type of wager has only recently become mainstream. Choose any number of potential outcomes such as Liverpool to win, BTTS and Mohamed Salah to score and combine them together for a bigger price.

If you shop around for the best FA Cup final odds, you might be able to get just about odds-against (11/10) that Liverpool win the match in 90 minutes. Conversely, some might think that Chelsea are good value at 11/4 considering they have big-game players, while the draw is a best price 13/5.

If you think the Reds will make it a domestic cup double, Jurgen Klopp’s side are trading at 8/15 to lift the trophy, and Chelsea are a best price 13/8 to exact revenge by winning the 2022 FA Cup final either in normal time, extra time or penalties.

The First Goalscorer market allows customers to place an FA Cup final bet at bigger odds, and it’s little surprise to find Mohamed Salah favourite at 9/2. However, the Egyptian has been off target recently, and perhaps Sadio Mane (6/1) or Luis Diaz (15/2) are better options. Romelu Lukaku (17/2) and Kai Havertz (8/1) are regarded as the most likely Chelsea first goalscorers.

There are lots of ways in which you can bet on the 2022 FA Cup final. These can broadly be split into two categories: pre-game or in-play. You can choose from hundreds of pre-match betting markets, including a Bet Builder, before settling down to watch the showdown between Liverpool and Chelsea.

Alternatively, you can wait until the FA Cup final kicks off at 16:45 BST before placing your bets. Many customers like to wager on the action when it’s underway, and you’ll find lots of live markets and the odds updating in real time. There are short-term markets that are settled within minutes along with the more traditional ones such as Match Winner and Total Goals.

In order to bet on the 2022 FA Cup final, you naturally need to have an online betting account. Therefore, make sure you sign up with one of the best sports betting sites that are featured on this page, and you should be able to claim a welcome bonus. What's even better is that many of these soccer betting sites have dedicated mobile apps. Those that don't will have fully optimised mobile sites that will still allow you to place bets on the go.

The confirmed FA Cup final lineups won’t be available until roughly an hour before kick-off, with managers Jurgen Klopp and Thomas Tuchel pondering on the best personnel and formation up until that point. We have put together an educated guess for how the FA Cup starting 11s might look, and Mohamed Salah is likely to return after being benched against Aston Villa.

Where to Watch the FA Cup Final

The 2022 FA Cup final will be screened in countries across the world. In the UK, the match will be televised live on BBC and ITV, the first time that both channels have shown the clash since 1988. Further afield, there are a number of different broadcast partners, and that includes NENT, which has the rights to show the game in Denmark, Finland and Norway.

beIN Sports will be streaming the FA Cup final in France, and the same rights provider has the game in the Middle East and North Africa, while ESPN is showing the game in the US and in Australia. There might also be a Bet and Watch service available with some of the best soccer betting sites, allowing you to watch the FA Cup final through a bookmaker service.

Despite Chelsea’s recent downturn in form, we think Liverpool are a short price to win this game in 90 minutes. Thomas Tuchel’s side will surely raise their game for an FA Cup final, and they had chances to win the Carabao Cup final. Therefore, we are predicting a draw in normal time and the prospect of an additional 30 minutes.

However, it’s hard to imagine there will be another goalless draw, and a 1-1 scoreline at 6/1 holds more appeal. Let’s not forget that the teams have played out a 1-1 draw at Anfield this season before a 2-2 draw at Stamford Bridge, so this could be a sensible bet to place.

In terms of a 2022 FA Cup final Bet Builder, we would suggest:

You could get this Bet Builder at 90/1 at the time of writing.

Frequently Asked Questions
What time is the FA Cup final?

The FA Cup final takes place at 16:45 BST on Saturday May 14. This kick-off time is aimed at achieving a big captive audience around the world, with millions of viewers expected to tune into a huge showpiece game between two of the biggest clubs in England.

Who are the favourites for the FA Cup?

Unsurprisingly, Liverpool are the favourites to win the FA Cup. The Reds have been challenging Manchester City for the Premier League title this season and also beat them in the semi-finals of the competition. They are trading at around the even-money mark to win.

Can you bet on the FA Cup final?

Yes, there are lots of FA Cup final betting markets available. You can choose to bet on the match before kick-off or alternatively in-play when the game is taking place. There are lots of available markets, and that includes a Bet Builder where you can place a same-game multi.

Where can I get FA Cup final free bets?

All the bookmakers promoted on this page will allow new customers to claim a free bet when they sign up. You will have to sign up for an online betting account and make a deposit. You may also have to place a bet at particular odds to generate one of the free bets.