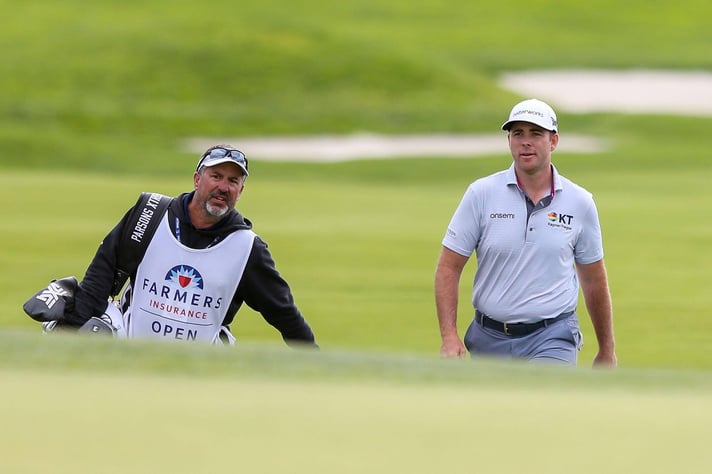 After making stops in Hawaii and Palm Springs, Calif., the Jon Rahm victory tour now heads for metro San Diego, where the hottest golfer in the world will try to win for the fifth time in his last seven starts. The Spaniard is 2-for-2 in 2023, with a victory in the limited-field Sentry Tournament of Champions preceding his triumph in the full-field American Express last week. No surprise, then, that Rahm at +400 (4/1) is the favorite with golf betting sites to win this week at the Farmers Insurance Open as well.

Oh, and did we mention that this is the same Torrey Pines course (though not the same setup) where Rahm won the U.S. Open in 2021? And that he’s a past winner of the Farmers, where his average finish of 7.8 is easily better than that of any other player with more than one career start in the event? And that Rahm is playing with a chip on his shoulder right now because the wonky Official World Golf Rankings formula still hasn’t elevated him to No. 1? (He’s No. 3, by the way; current No. 1 Rory McIlroy makes his 2023 debut this week in the Dubai Desert Classic.)

Indeed, Rahm’s steely countenance was evident in the AMEX, especially over a final round where he avoided the mistakes that befell most of his challengers. In six starts dating back to his victory in the Spanish Open in October, Rahm is an astounding -118 under par with 18 of his 24 rounds in the 60s. He’s shot over par in just one round over that span, during which his average 18-hole score has been 66.9. The question for bettors becomes - how do you not back him?

Of course there will be other contenders at Torrey, chief among them +1200 (12/1) Xander Schauffele, who’s recovered from whatever back ailment struck him in Hawaii and was transcendent over a final-round 62 in the AMEX that included seven birdies and an albatross. Collin Morikawa is back for the first time since his meltdown in the final round of the Tournament of Champions, and 2022 Farmers winner Luke List is back to defend his title.

One of the premier municipal layouts in the United States, Torrey Pines Golf Course in La Jolla, Calif., is a spectacular venue routed along cliffs overlooking the Pacific Ocean. Competitors who make the cut this week - in a tournament running Wednesday through Saturday to accommodate the NFL conference championship games on Sunday - will play one of their opening two rounds on the 7,258-yard, par-72 North course, and the remainder on the famed 7,765-yard, par-72 South course, which has twice hosted the U.S. Open.

Both layouts were designed in 1957 by the father-and-son team of William Park Bell and William Francis Bell, while Rees Jones has twice renovated the South course, most recently in 2019. Jones added teeth to the course in the form of more challenging bunkers and multi-tiered greens, and through two rounds in the first Farmers after his 2019 touch-up, the field shot +201 on the South course compared to -221 on the North - a ridiculous difference of 422 strokes. When the wind kicks up - and it will; you see those paragliders out there for a reason - the South course can be particularly difficult; of the top 12 finishers in 2022, eight of them carded final rounds in the 70s.

The signature hole on the South course at Torrey Pines is No. 3, a vexing 154-yard par three that plays downhill yet into the wind, and where a long tee shot risks rolling off the back of the green and down into a canyon. The closing hole is a 545-yard par five, where the approach to the green is wedged between a pond and a bunker, and where Bruce Devlin made a 10 in 1975. Go for the green in two at your own peril.

Rahm’s track record in the Farmers is outstanding - outside of his victory in 2017, he was also runner-up in 2020, third last season, fifth in 2019 and seventh in 2021. Add in his U.S. Open title, and it’s clear he’s a force whenever he sets foot onto Torrey Pines. Behind Rahm in odds are Schauffele and Tony Finau, both at +1200 (12/1), and both of whom tied for second in the tournament in 2021. X-Man has missed four cuts in the event, though, while Finau has four top-10s in eight starts.

Tony Finau to Win, +1200 (12/1): Big Tony has gone first, seventh, T7 and T16 over his last four starts, and he heads to La Jolla riding a streak of nine consecutive rounds in the 60s. Add in his four career top-10s at the Farmers, and Finau is the top option to stop the Spaniard this week.

Taylor Montgomery Top 10, (14/5): A ball in the water on No. 17 Sunday at the AMEX prevented Montgomery from pushing Rahm at the finish. Even so, he rebounded for his fourth top-10 since September and is clearly on the cusp of bigger things.

How to Watch The Farmers Insurance Open