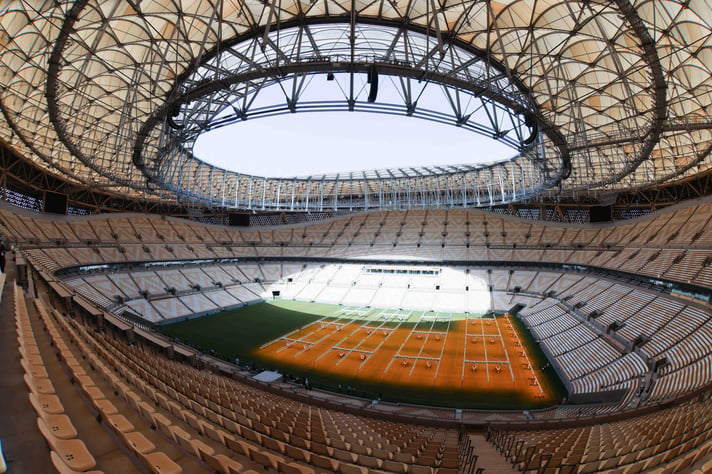 Every World Cup that comes around, there are maybe 10 or 12 teams that have a realistic chance of cashing your winning bets at World Cup betting sites come the final. It’s not that the other teams aren’t important, it’s just in the eyes of the neutral they become the upset-chasers as opposed to the trophy-chasers.

Here at Bookmakers.com, we decided to work out whether we can narrow down that pool of usual suspects this time around by comparing historical data from previous winning squads. For the purposes of this article, we have focused on World Cups from 1974 onwards, and we are looking at the average age of each squad – specifically whether this can help people when placing their wagers at soccer betting sites before the tournament begins.

While a World Cup-winning squad is made up of a few match-winners, it is typically a whole squad that makes a winning team. If a team full of fading stars have one final crack at the trophy, are they likely to win it? Or will a team of upstarts run the gamut and lift the trophy come the end of the tournament?

Our research suggests perhaps not. Since 1974, all World Cup-winning squads have had an average age of between 25.5 and 28.2.

There is no substitute for experience, or so the saying goes. However, the last two winning squads – Germany in 2014 and France in 2018 – have had the two lowest average ages since 1974 of 25.7 and 25.5, so are we witnessing a sea change in major tournaments? 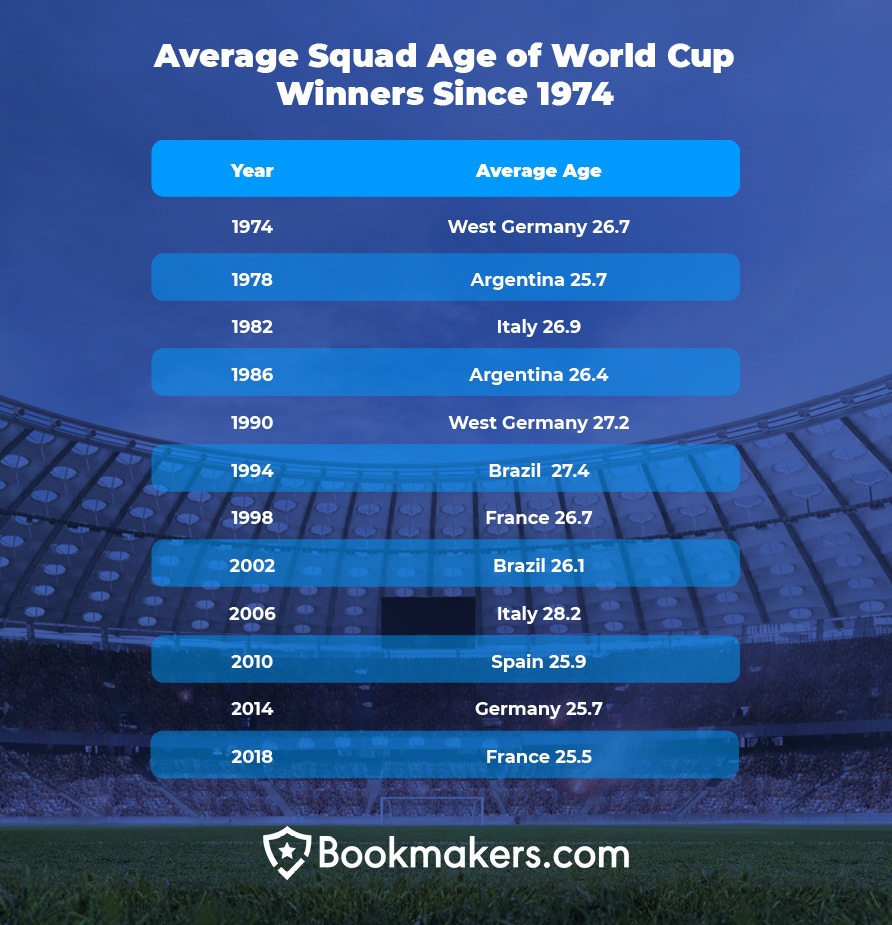 When looking at every team’s most recent squads, the top 12 teams in the odds at soccer betting apps have an average age range of 24.6 to 27.6.

Every fanbase of these 12 squads is likely to come into the Qatar tournament starting on November 20 with at least some confidence that their team can go all the way, and some of them are likely to be popular World Cup picks. However, is some of this confidence misplaced, according to previous winners of the tournament? 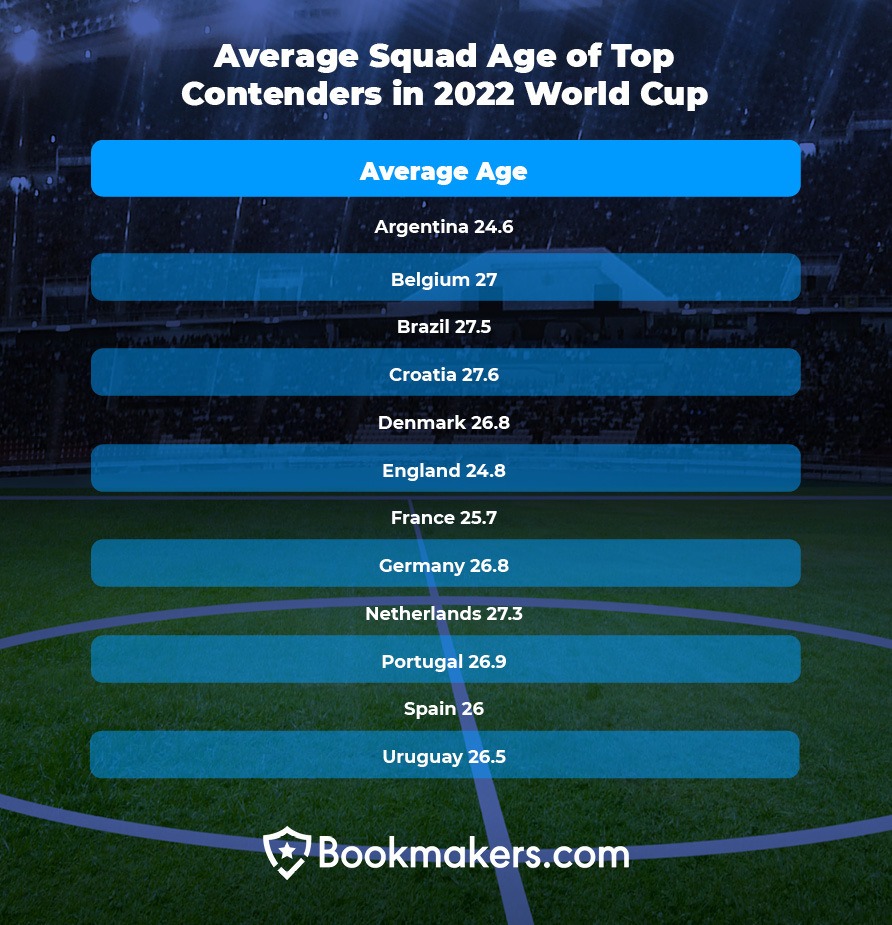 England and Argentina No Chance? France The Favorites?

Since 1974, no team has won the tournament with an average of even 25.4 or less, so England and Argentina are really going to have to buck that trend if they are to come out on top.

A record of three wins in 11 competitive games leading into the tournament doesn’t exactly suggest World Cup favorites for Gareth Southgate’s men, who reached the semi-finals in 2018 before going one further at Euro 2020.

This is likely to be Lionel Messi’s World Cup swansong, and La Albiceleste were pretty impressive in qualifying, staying unbeaten in 17 games to finish second behind Brazil. Alan Hansen famously was made to look silly when he said you can’t win anything with kids, so maybe Argentina and England can surprise, but they would have to beat nearly 50 years of history to do so. The one thing on their side is that in each of the last three tournaments the average age of the winning team has gone down from 25.9 in 2010, to 25.7 in 2014 and 25.5 in 2018.

Since 1974, only one team has won the World Cup with an average squad age of over 27.4. The 2006 Italy are the only team in history to win the tournament with a squad average age of 28 or above. So, what are we to make of the ages of Brazil and Croatia? Much like, England and Argentina above, they are going to have to go against the tide of history to win the tournament, so perhaps we shouldn’t think of them as such strong favorites.

The average age of all the World Cup-winning teams since 1974 combined is 26.53. Looking at this year’s contenders, Uruguay at an average age of 26.5 and the likes of Germany and Denmark (26.8 each) could be the teams to back at betting sites.

If the recent trend of ages is to stick, then the reigning World Cup champions France could also be a good team to back. Their 25.7 average age is the exact number of the last three winning squads combined, and their price of +600 with some of the best soccer betting sites shows that they are many people's favored team for the tournament. While France's record in the Nations League was patchy, they qualified for the World Cup unbeaten in their eight games, conceding just three goals. With many of the same faces from the winning team four years ago, they could be the team to beat.

Keep up to date with all World Cup goings on with Bookmakers.com’s World Cup lineups, World Cup prop bets and World Cup picks.