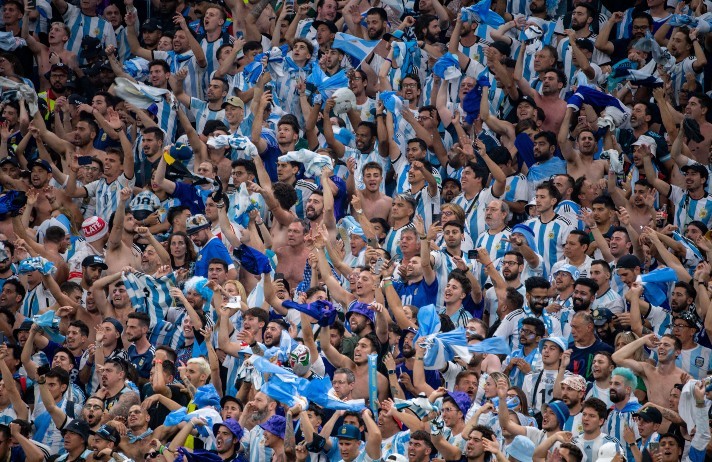 The scriptwriters have won. They got their way with Argentina and France left to battle it out to win the World Cup. Wherever you look, there are subplots. Which nation will be crowned world champions for the third time? Who will be hailed as the best player in the world - Lionel Messi or Kylian Mbappe? And with four players in with a shout of winning the Golden Boot award, including the aforementioned superstars, it promises to be a thrilling final in Qatar.

Holders France began the tournament as favorites with many of the leading World Cup betting sites, and they have lived up to their billing. Argentina weren't too far down the list, and after losing their opener to Saudi Arabia, they have seen their odds shrink after each of their last five wins. 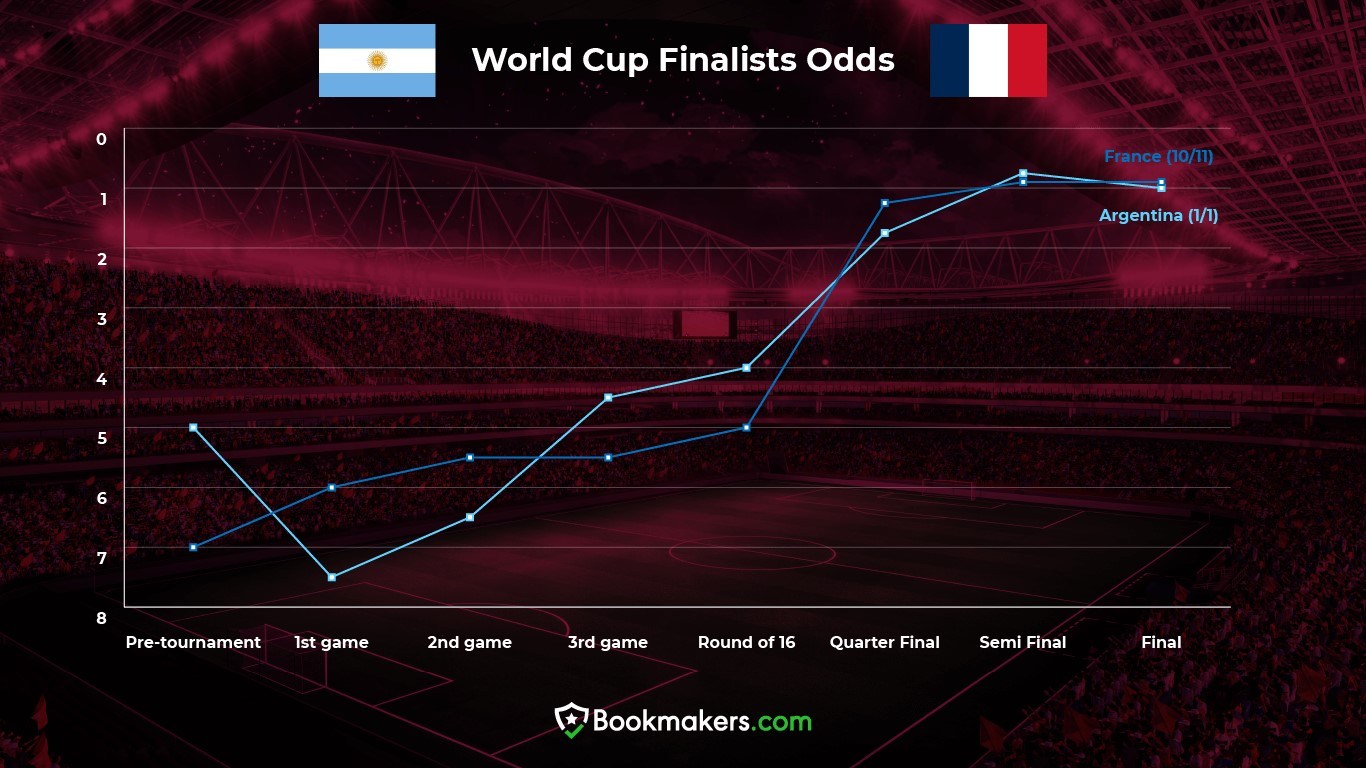 Check out our World Cup betting stats preview for more historical data that could help you find more winning bets throughout the tournament. So what can we learn from history and expect from the 22nd World Cup at the Lusail Stadium?

Too Much Attacking Talent To Be Low-Scoring

When France and Croatia met in the World Cup final in Moscow four years ago, few expected a six-goal thriller, which France won 4-2. Under 2.5 total goals was a winning bet in each of the previous four finals and in six of the previous seven.

So it was refreshing to see an open game as Les Bleus won their second title against a Croatia side that needed extra-time in each of their three knockout games and penalties to beat Denmark and hosts Russia.

That final was a throwback to the conclusion to the early tournaments when the final game produced plenty of goals. Over 2.5 total goals was a winning bet in all but two of the first 13 World Cup finals from the inaugural tournament in 1930 to the clash between Argentina and West Germany in 1986, which the South Americans won 3-2.

Four years later in Rome, West Germany gained revenge for that loss by beating Argentina 1-0. It was the start of the trend for low-scoring finals. Let's hope for plenty of goals on Sunday when Argentina take on France/Morocco.

This tournament averages 2.64 goals per game and over 2.5 total goals has paid out in nine of the 13 knockout games played so far. Previous finals suggest this final might be a low-scoring final, while recent history points to over 2.5 goals landing once again. Check out the best World Cup betting sites to find the best odds for over and under 2.5 goals.

First Goal Is So Crucial

It may be a cliche to say that the first goal in any game is crucial, but it definitely rings true in the World Cup final. The team that has opened the scoring in nine of the last 11 deciders, has gone on to lift the trophy. Only once has the team that conceded the first goal, gone on to win and that was when Italy beat France in 2006 in a final remembered for Zinedine Zidane's headbutt on Italy's Marco Materazzi in the second half of extra-time. The 1994 final between Italy and Brazil in Pasadena, California, remains the only World Cup final that failed to produce a goal.

One goal was enough to win two of the last three tournaments. In 2010, Andreas Iniesta's 116th minute goal prevented a penalty shootout between the Netherlands and the Spanish. Four years later in South Africa, Germany won their fourth World Cup thanks to an injury time goal from Mario Gotze, who came in the 113th minute.

Argentina have scored first in all six of their matches in this World Cup which is a great omen for Messi's side. Only once, against Saudi Arabia in their first game, did they fail to win. France's 2-0 win over Morocco on Wednesday night, was the fourth time in their six games that Les Bleus opened the scoring.

If you fancy Argentina to make it a clean sweep of scoring first in every game at this World Cup, get on your favorite soccer betting app and place your bet.

France and Argentina meet in Sunday's World Cup final with each nation hoping to make it a hat-trick of wins. Argentina won the tournament in 1978 and 1986 while France were crowned champions in 1998 and are the holders after winning it all in 2018.

Another enthralling subplot of this game is who will end the tournament as the World Cup top goalscorer and walk away with the Golden Boot award? Argentina's talisman Lionel Messi scored his fifth goal of the tournament when converting a penalty to open the scoring in his side's 3-0 win over Croatia. It made him joint scorer with France's Kylian Mbappe. Mbappe scored his fourth and fifth goals of the tournament in Les Bleus' 3-1 win over Poland in the Round of 16.

Messi and Mbappe are team-mates at Paris St-Germain and they both wear the number 10 shirt, which has been worn with distinction by legends before them. Messi is looking to emulate Diego Maradona, who was his country's hero in 1986, while Mbappe who turns 24 on Tuesday, is already a World Cup winner and has replaced Michel Platini as his nation's iconic number 10.

The pair's 10 goals accounts for 43.5% of the 25 goals scored by number 10s at this tournament. It's three fewer than the 28 goals (netted by number nines, which remains the most prolific shirt number in Qatar.

In Olivier Giroud and Julian Alvarez, both France and Argentina have two number nines capable of scoring in this final. Both players enter the decider with four goals each and it's not beyond the realms of possibility that they could pip their more illustrious team-mates to the Golden Boot award.

Never before has the World Cup final been decided with four players sharing 18 goals. Incidentally, Randal Kolo Muani's goal with his first touch as a semi-final substitute, meant that players wearing shirt numbers two to 26 have scored at least one goal.

The leading soccer betting sites will have the best prices for a wide range of markets on Sunday's final, including first goalscorer and anytime scorer.