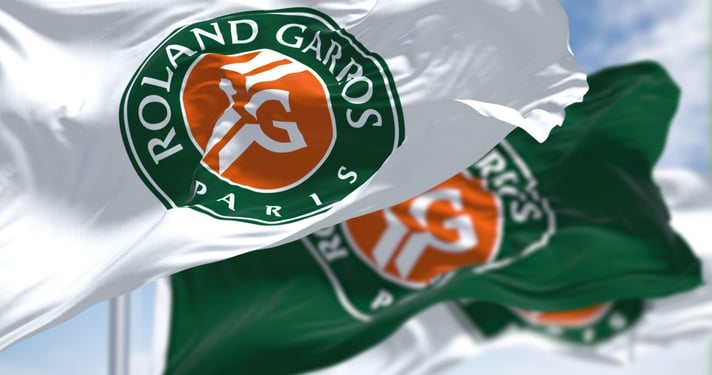 The second tennis Grand Slam of 2022, the French Open, is upon us. As ever, Roland Garros will host the best male and female players in the world as they try to win the sport's top clay court honor.

The 2022 French Open begins on Sunday, May 22 and will culminate with the men's final on Sunday, June 5. This is a huge event, not just for fans of the sport, but also for tennis betting sites all around the world. There will be plenty of betting offers and free bet promotions available during the French Open. Let's take a closer look at when to bet, what to bet and how to bet on the 2022 French Open.

The men's 2022 French Open is wide open. Rafael Nadal is the King of Clay and can never be discounted, while Carlos Alcaraz is a very exciting prospect but could do with a little more experience under his belt before backing him at such short odds. It would be no surprise to see a repeat of the 2021 final between Novak Djokovic and Stefanos Tsitsipas, but the Serbian world No. 1 is a worthy favorite who will be very hard to beat.

Iga Swiatek is the obvious favorite for the women's 2022 French Open. History isn't on her side, though, as the last woman to win multiple French Opens was a little-known player called Serena Williams.

Similarly, nobody has won it in back-to-back years since Justine Henin in 2006 and 2007, so Barbora Krejčíková faces a tall order retaining her title. Paula Badosa's season has been ticking over since winning her third career title in January, and she might just be ready to break out. She's our best bet to win the 2022 women's French Open and looks a favorable price with some the best tennis betting sites.

Many tennis bettors like to place outright, or futures, bets on the French Open. This is much less volatile than in-play betting and is simply a bet placed on the player who will win the tournament. We've broken down some of the favorites for the 2022 French Open below.

Men's tennis has long been dominated by three players – Roger Federer, Djokovic and Nadal. Two of those three are positioned towards the top of the 2022 French Open betting odds, but the best betting sites for tennis perhaps think they won't have it all their own way.

The 2022 women's French Open has a clearcut favorite in Swiatek. Only one other player is available at single digit odds, which is an indicator of how strong her chances are, as well as how open it is in the betting behind her.

Of course, the most popular tennis betting market will always be the match winner. In matches with one of the top seeds taking on a qualifier or much lower ranked opponent, the odds for the favourite may be quite prohibitive. The best online sports betting sites have you covered, though, and offer a massive range of tennis betting markets. Here are some of the more popular markets you can bet on during the French Open.

Set Handicap – Similar to set betting, it is based on the score in sets. This is a handicap spread where you can back an outsider +1.5 or +2.5 sets, or indeed back a favorite minus sets.

Total Games – This is a very popular in-play market. It's an over / under market based on the number of games in the match.

Set Correct Score – Not to be confused with set betting, this is a bet on the correct score, in games, for the current set. It may also be available on the next set.

Next / Current Game Winner – This is one of the markets that makes in-play tennis betting so popular. The server has a huge advantage and will generally be a short price to win the game, with the outcome usually decided in just a couple of minutes.

Further to the above, points betting is also widely available. With tennis matches being very volatile and having constantly changing odds, it's important to make sure your bet is being placed on the market you intend it for. The markets mentioned above, and a whole lot more, are typically available before a match starts and will remain available until the umpire has called game, set and match.

One of the things that makes in-play tennis betting so popular is the level of detail available at some of the top tennis betting sites. In-play visualizers will show the latest scores and stats, giving bettors a much more rounded view of what's going on before they place their bets. This is particularly true with the French Open and other tennis Grand Slams, with betting sites aiming to give the best possible betting experience.

You will find a lot of bonuses and betting offers for the French Open. To avail of any of the offers you see on Bookmakers.com, all you have to do is click on the 'Claim Offer' button beside your chosen site. You will be directed to that site to open your account and receive your offer. Here are some of the different offers you might find:

Deposit Match Bonuses – A deposit match bonus is when a betting site credits bonus funds to your account based on the amount of your first deposit. It will have a minimum and maximum amount, and usually just requires a qualifying deposit to be made in order for the bonus funds to be credited. It's a great way to boost your bankroll when you join a new betting site.

Betting Promo Codes – A promo code is a trigger for a bonus. During the registration process or perhaps when making your first deposit, a code may need to be entered for the offer to be generated. If a promo code is required, it will be listed alongside the offer or perhaps in the terms and conditions.

Free Bets – You will find plenty of these here at Bookmakers.com. Often, they are in the form of a matched free bet, where the value of your first bet is credited as a free bet. Or it could be a "risk free bet". These are free bet offers where you will receive the free bet if your first bet loses, meaning your first bet will either win or be refunded with a free bet for the same stake.

No Deposit Free Bets – Much less common than the previously mentioned, free bet no deposit offers reward you with a free bet just for opening an account. There is no qualifying deposit or bet required.

There are plenty of other new customer betting offers available during the 2022 French Open and all year round. Whatever the best welcome offers and the best betting sites are, you will find them right here.

Whether you're looking to place a bet before the 2022 French Open starts, on a match in-play or on the day of a match, you should check out our list of the best tennis betting sites. Getting involved is easy.

There are so many betting sites to choose from, but we only list licensed, trusted betting sites here at Bookmakers.com. Whichever of our recommended betting sites you choose to place your 2022 French Open bets with, you're sure to have a great betting experience.

Previous Winners of the French Open

Mention the French Open and Nadal's name comes to mind immediately. His 13 French Open titles are a record for any tennis tournament, men's or women's. Bjorn Borg is the next most successful in the men's tournament history, with six wins.

Nadal's dominance is really put into perspective when you consider that he was winning at a time when tennis had Federer and Djokovic in their primes, and they have won the clay court Grand Slam once and twice, respectively. Djokovic won the 2021 French Open with a 3-2 win over Greece's Stefanos Tsitsipas.

The history of the women's French Open is a little more varied. Chris Evert holds the record with seven wins in the Open era. She's followed by Steffi Graf with six and Justine Henin on four. It's been 15 years since someone won back-to-back French Opens, and only two players (Maria Sharapova and Serena Williams) have won multiple French Open titles since then.

Krejčíková shocked everyone by winning the women's French Open in 2021. The Czech player had never previously made a Grand Slam singles semi-final and was much better known as a doubles player.

Where Can I Watch the French Open?

The best way to watch the 2022 French Open is via a betting site's Bet & Watch service. Rather than being restricted to the matches being broadcast by specific TV channels, most of the best tennis betting sites will have live streaming of the event. To avail of the service, it may be necessary to place a bet on the event or at least to have an account balance. We've listed some of our recommended betting sites for live streaming below.

Not all regions will have live streaming available. If you usually use a USA sports betting site and find there is no streaming, coverage of the 2022 French Open will be provided by NBC, Tennis Channel and Peacock. For tennis fans in Europe, Eurosport will have exclusive coverage of the French Open and will have this until 2026.

Frequently Asked Questions
When does the French Open tennis start?

What TV channel is the French Open tennis on?

In the United States, Tennis Channel, NBC and Peacock will provide coverage of the 2022 French Open. For many European tennis fans, Eurosport will be the first port of call, as it has exclusive rights to the tournament until 2026.

What is the prize money for the French Open?

At the French Open, men and women play for the same prize money. Champions receive €2.2 million, while the runners up receive €1.1 million each. The prize money decreases the earlier players are eliminated, with players who lose in the first round receiving €62,000.

Who is the favorite for the French Open?

The current men's and women's world No. 1s are unsurprisingly favourites for the 2022 French Open. Novak Djokovic is hoping to win a record-equalling 21st Grand Slam title, while Poland's Iga Swiatek is aiming to regain the title she won in 2020.

Adam Kenny
@AKennyGCC
10 Articles
Adam has worked in online betting for pretty much his entire adult life. Having spent over a decade working for some of the biggest online bookmakers in their operations and content teams, Adam is now Content Manager at Bookmakers.com. NFL and fantasy NFL are Adam's main focus, but there's always room for some golf, horse racing and soccer, particularly soccer card markets.
Read Articles

Commercial content notice: Taking up one of these offers may result in a payment to bookmakers.com. Over 21s only please gamble responsibly. Offers updated 02nd July.