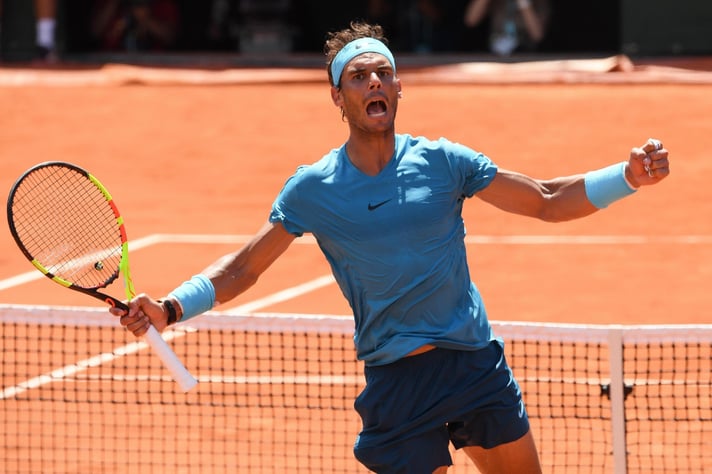 The French Open is a prestigious Grand Slam tennis tournament that takes place on an annual basis. It’s hugely popular from a betting point-of-view, with bettors enjoying the chance to place daily wagers on the men’s singles and ladies' singles competitions.

The Stade Roland Garros in Paris always plays host to the action that starts in late May, and runs for a fortnight into the month of June. All the best tennis betting sites will create an outright market so that you can predict the male and female players who will navigate a way through the draw and claim a victory.

The French Open is the only major tournament to be played on clay courts, and it often pays to know who of the top-ranked players are most comfortable when it comes to this surface. Rafael Nadal is a prime example of someone who has dominated the men’s singles tournament over the past few years.

Nadal Has Been King of Clay Since 2005

Rafael Nadal is among the favorites when it comes to the 2023 French Open men’s singles, and he has racked up a grand total of 14 titles, which makes him the most successful player of all time in this tournament. His first success came in 2005, and the Spaniard has triumphed every time he has reached the final.

However, tennis betting sites are certainly giving plenty of respect to some of the other competitors for the 2023 men’s singles. Carlos Alcaraz was the recent winner of the 2022 US Open, and the teenager could well become the next Nadal, having made the quarter-final stage of the men’s singles in the 2022 French Open.

Novak Djokovic can lay claim to being one of the greatest tennis players of all time by adding to his triumphs in 2016 and 2021. This is currently his least-successful Grand Slam, and that’s mainly down to Nadal’s dominance on clay.

As Rafael Nadal’s dominance in the French Open testifies, it’s always worth looking at players who have performed well in previous tournaments. Clay is undoubtedly a specialist surface, and some of the top-ranked male and female competitors are far more comfortable than others when it comes to the pace of the game.

You should also consider how well each player is performing during that particular clay court season. There are a number of high-profile tournaments that take place before Roland Garros, and they are an opportunity to see who are the star performers. You can also wait for the French Open matches to start, and bet on the outright winner once you’ve seen the players in action.

It's not always the case that you get big-priced winners on the outright market, although it can sometimes pay to bet each-way on your sports betting app, and get a pay out even if your player loses in the final. For example, Casper Ruud lost to Nadal in the 2022 French Open men’s singles final, and the Norwegian rewarded backers at big odds.

How to Back Winners on the French Open Outright Market

In the past few years, there has been more value in the ladies' outright winner market than the men’s. Although Iga Swiatek claimed the French Open ladies title in 2020 and 2022, there have been a sequence of different winners in recent times, and that includes Barbora Krejcikova, Ashleigh Barty and Simona Halep.

As with any type of sports wager, you should only look to bet on players where you feel as though their odds are bigger than the implied probability of them winning the tournament. Perhaps you can identify a player who has a potentially easy route through to the latter stages of the competition. There can even be the chance to cash out for a profit on tennis betting sites along the way.