Players to Bet on Now for Golf Majors in 2023 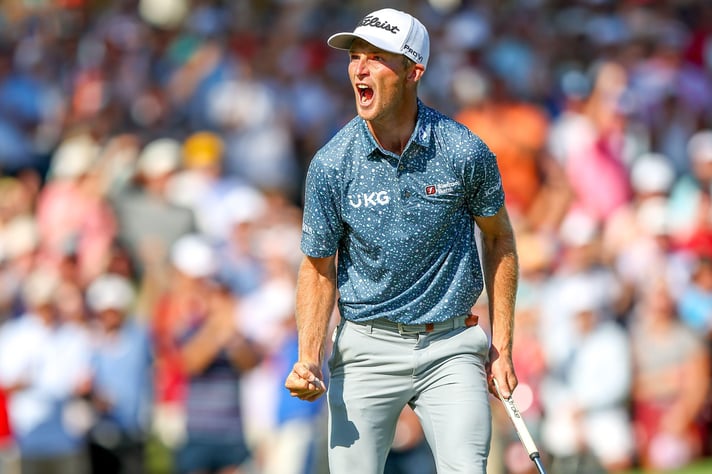 2022 was a tumultuous year in the world of golf, and indeed golf betting. We had the formation of the LIV Tour, which caused a massive shakeup in the sport. We also saw the emergence of plenty of young talent, as well as the usual drama at each of the four golf majors.

With 2022 all but in the books, let’s take a look at a few players who made the biggest waves in the golf world rankings from the start of the year to the end. With a lot of players building up a head of steam, they might be ready to make a big impact in 2023’s majors. Keep reading to see who you should be looking out for on golf betting apps this upcoming year.

Theegala has had a meteoric rise since turning pro in June 2020. The 2021-22 season was his first on the PGA Tour, and he made an instant impact with a top 10 in the Sanderson Farms Championship. Since then, he’s added top-five finishes in the Phoenix Open, The Memorial, Travelers Championship, Zozo Championship and RSM Classic. He and partner Tom Hoge wrapped the year up with a win in the QBE Shootout, though since it was an unsanctioned event, he’s still looking for his first win on tour.

His only major appearance in 2022 resulted in a T34 in the Open Championship. Theegala is currently available at triple-digit odds in the 2023 Open Championship betting market. He has the game to go close and has been knocking on the door. Perhaps it’s just a matter of time before it opens.

2022 was quite the coming-out party for Cameron Young. Having won back-to-back tournaments on the Korn Ferry Tour in May 2021, he earned his PGA Tour card for this past season. He didn’t take long to establish himself. Top-three finishes in the Sanderson Farms Championship, Wells Fargo Championship, Rocket Mortgage Classic and Genesis Invitational would have been more than enough for him to keep his card. But there was a lot more to his rookie season than that.

A third-place finish at the US Open was followed by a runner-up spot in the Open Championship, ultimately resulting in him picking up the PGA Tour Rookie of the Year award. Young is a winner-in-waiting on tour, and his strong showings in last season’s majors are the main reason why he’s so prominently positioned in the betting for 2023’s majors at betting sites.

Kim might be the most unheralded player on the PGA Tour. His 2022 started with a win in the Singapore Open on the Asian Tour. He played on that tour until May, when he made the switch to the PGA Tour with a T17 in the Byron Nelson. A 23rd-place finish in the US Open moved Kim into the top 50 in the world, but his progress didn’t stop there.

He would go on to win twice on the PGA Tour, winning the Wyndham Championship and the Shriner’s. Kim is a proven winner who has adjusted very well to US courses. He could be a real dark horse in 2023, and his current US Open odds of 33/1 could look very big in June.

Since famously winning the 2011 PGA Championship on his major debut, Bradley has added three more top 10s in majors, with the most recent coming in last year’s US Open. The latest PGA Championship odds have him as around a 100/1 shot. Things look primed for Bradley to have a big year and perhaps pick up his second major.

Zalatoris may not have moved up as many spots as the other players in this list, but he certainly appears to be the one most likely to pick up a major in 2023. His nine major starts as a pro have seen him finish with six top-10 finishes, including a runner-up finish in the Masters, PGA Championship and US Open.

He picked up his first win on the PGA Tour in the 2022 FedEx St. Jude Championship, eliminating any doubt that he might not be a closer. A prodigious ball-striker and a streaky putter, it’s no surprise to see Zalatoris among the favorites in the 2023 Masters odds. He has the game and has shown he can get over the line. Everything looks to be in place for everyone’s favorite golfer to get a major win in 2023.