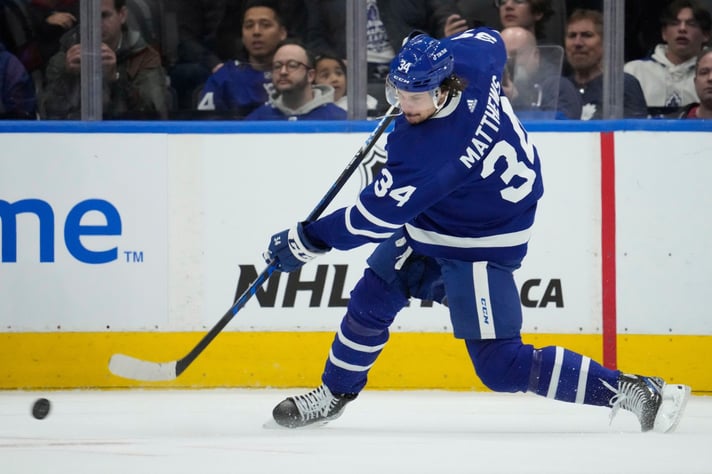 The Hart Trophy is awarded each season to the league MVP. Wayne Gretzky holds the record for most individual wins, having been awarded the Hart Trophy on no fewer than nine separate occasions, including eight consecutive victories in the 1980s. Like the Vezina and Calder trophies, the Hart Trophy is voted for, with the votes coming from the Professional Hockey Writers’ Association.

Since his first full season in the league, the Edmonton Oilers’ forward Connor McDavid has been in the top five in the Hart Trophy voting each year, winning it twice. McDavid’s incredible skating and ability to create opportunities for both his teammates and himself mean that he is a perennial favorite among NHL betting sites for this trophy. His 2022-23 preseason odds of +300 reflect this.

With McDavid once again leading the preseason markets at NHL betting apps, the onus remains on the rest of the league to reach and surpass the bar that he has set. Last season, Auston Matthews did just that, becoming the first player to score 60 goals in a season in a decade. Matthews slotted in as a justifiable second favorite in the betting at +450, ahead of 2019-20 winner Leon Draisaitl (+900). Draisaitl routinely breaks the 100-point mark and has scored 50 goals in each of the past two full NHL seasons so could be a good option when checking out the odds at sports betting sites.

Among the best of the rest is Nikita Kucherov (+2000), who won the award in 2018-19 but has missed significant time through injury since. When healthy, Kucherov accrues points at a rate in excess of four every three games. Only Connor McDavid has scored at a higher per-game rate in the past four seasons.

For four consecutive seasons until last season, Nathan MacKinnon was prominent in the Hart Trophy voting, going second, sixth, second and third from 2017-18 to 2021-22. MacKinnon won’t have been too disappointed to have been off the list last season, as his Colorado Avalanche side went all the way to the Stanley Cup. At preseason odds of +1200 to become the league MVP for the first time, many will be tempted to invest at NHL betting sites on a productive season for the 2013 first overall pick.

The Hart Trophy is, for the most part, awarded to the best attacking player in the league. Although this is not explicitly stated in the award description, this has been the case for the vast majority of winners in the last 50 years. Since the Bruins’ Bobby Orr won the Hart Trophy on three consecutive occasions from 1970 to 1972, only one defenseman has managed to replicate that success (Chris Pronger in 1999-2000). Between 1997 and 2002, there were three instances of an MVP goaltender, as well as Carey Price’s win in 2014-15, but these are very much the exceptions to the rule. Indeed, since 1972, 90% of all victories have been by forwards.

Ignoring shortened seasons and an unexpected Taylor Hall award in 2018, two key criteria can be identified as being crucial to success in the Hart Trophy. Each skater to have won the award since the 2004-05 lockout has met either one or both of these benchmarks. Firstly, the overwhelming majority of winners have exceeded the 100-point mark on the season that they won the award. Secondly, players who manage to reach 40 goals in a season put themselves at a distinct advantage. To put it simply, you either have to score a lot of goals or a lot of points. If you can manage to do both, you’re in good shape.