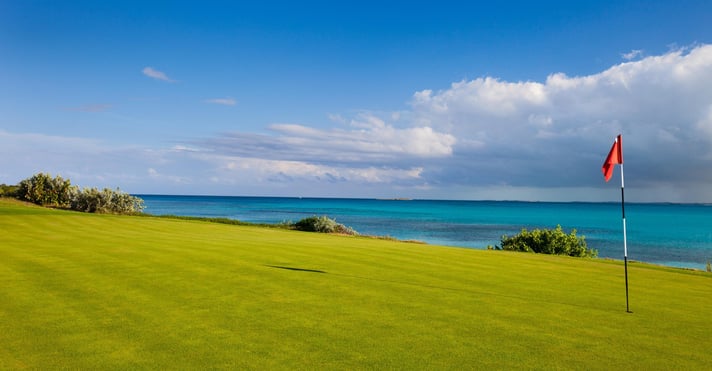 The Hero World Challenge was dealt a blow on Monday, as fans were met with the news of the late withdrawal of tournament host Tiger Woods due to a foot injury. Woods hasn’t featured in his own event since 2019, with the 2020 event being cancelled due to the pandemic, followed by Woods having to sit out last year’s event due to serious injuries sustained in an automobile crash in February.

However, despite Woods’ absence, fans can still expect to see a star-studded field featuring five major champions battle it out for a $3.5 million purse in the tropic location of the Bahamas. The favorite with golf betting sites is +500 (5/1) Jon Rahm, who is coming off a victory over a loaded field in the DP World Tour Championship in Dubai. Rahm also has an excellent track record in the Hero World Challenge, with a first and a second in two career appearances.

Viktor Hovland is the defending champion in the event, which will be televised Thursday and Friday by The Golf Channel, and Saturday and Sunday by The Golf Channel and NBC. Held under several different names and on several different golf courses since its founding in 2000, the exhibition under Woods’ stewardship moved to the Bahamas in 2015, where the tournament has been played every year save 2020.

Since 2015, the Hero World Challenge has been played on the Championship Golf Course at the Albany Resort, roughly a 40-minute drive from downtown Nassau. Designed by Ernie Els, the 7,309-yard links-style layout incorporates lots of sandy waste areas and dunes as large as 30-feet high. Signature holes include the par-3 second, for which Els took inspiration from the 13th at Murifield, where a windy carry leads to a small and bunker-protected green. The split fairway at the par-4 No. 14 tempts some big hitters to go for the green off the tee, and water is in play on five holes - most notably the par-3 17th, where a pond wraps around the back of the green.

But for all the sand and pampas grass, the place is meant to put on a show, and top pros can go very low at Albany. The past two winners, Hovland and Henrik Stenson, have each carded four rounds in the 60s. In 2019, Justin Rose, Tony Finau and Kevin Kisner all finished with 65s, and Patrick Cantlay did them one better with a 64. Hovland punctuated his final round with back-to-back eagles at 14 and 15 to secure last year’s title, and Rickie Fowler closed with a course record 61 in 2017. Especially on Sunday, the place is there for the taking if the wind allows.

Three players have won the Hero World Challenge in their first attempt, among them Hovland last year, so experience is hardly a requisite on a golf course that almost anyone in the market on sports betting apps can shoot a low number. First-timers in this year’s edition include +2500 (25/1) Max Homa, who’s been in the 60s in nine of his 12 rounds thus far on the young 2022-23 season, and tied for fifth at the Tour Championship to close the previous campaign. Another debutante to watch is +1600 (16/1) Sunjae Im, who closed last season on a ridiculous streak that saw him finish T2 in three of his last five events, never placing worse than 15th over the course of that span.

The field is headlined by world No. 2 Scottie Scheffler, also the second favorite at USA betting sites at +800 (8/1), who placed second behind Hovland in his Hero World Challenge debut last year, and hasn’t finished lower than ninth in his past two starts. Outside of Rahm, the player with the best average Hero World Challenge finish in more than one start is +850 (17/2) Finau, who tied for seventh last year, tied for 10th in 2019, and finished solo second in 2018. Justin Thomas, who is available on betting sites at +1000 (10/1), has tied for fifth in his last two appearances, and +1600 (16/1) Sam Burns tied for third in his debut a season ago.

Tony Finau to Win, +850 (17/2): Finau won the last tournament he played in before skipping the Sea Islands event - where he was the top-ranked player in the field and clear odds choice to win - with an unspecified injury. He certainly didn’t look hurt in Houston, where his four rounds in the 60s included a Friday 62. Big Tony has gone as low as a 64 in Albany, and certainly has the length and shot-making ability to win back-to-back starts for the second time this calendar year.

Scottie Scheffler Top 5, +120 (6/5): It’s difficult to imagine Scheffler not being a factor given his degree of ball control and the performance he put on in last year's event, where he closed with back-to-back 66s. He comes in playing well after a T9 and a T3 in his previous two starts, and he’ll face zero pressure amid the laid-back atmosphere in the Bahamas.

Max Homa Top 5, +320 (16/5): The steady Homa continues to post good numbers and climb up the world rankings, where he’s currently a career-best 16th. His breakthrough 2022 has included a win on a Quail Hollow layout that’s a past and future PGA Championship host, a T5 at the Memorial, and a solo third in the Tour Championship at East Lake. If he can post numbers there, he can certainly do the same at Albany.

How to Watch the Hero World Challenge