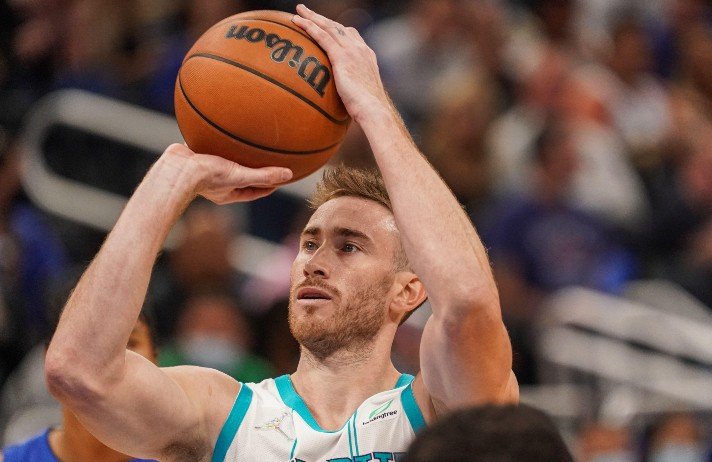 The NBA served plenty of awesome gifts with some of the holiday season’s hottest games. It was a festive weekend of scoring action, with teams sometimes throwing caution through the window to deliver all-out attacking basketball. One of the most exciting weekends of the season for leading NBA betting sites saw four games on Saturday and the traditional five games on Christmas Day.

Huge games in both the Eastern and Western Conferences brought plenty of drama. A top-of-the-standings clash between the Milwaukee Bucks and Boston Celtics saw heat on the court before Boston swept to victory. LeBron’s fightback brought high scoring, but the LA Lakers fell to the Charlotte Hornets to make it a Christmas to forget. Elsewhere, the Denver Nuggets continued to lay down their law with a big win over the Phoenix Suns.

Another fantastic weekend of basketball for bettors and fans alike. Let’s take a look at the best games from the most wonderful time of the year!

The weekend began with a bang, with the Lakers and Hornets trading blows through a high-scoring encounter. Gordon Hayward grabbed a layup to tie the score with 6.3 seconds on the clock for the Hornets before P.J. Washington drained two free throws to start the Christmas celebrations early in Charlotte.

For the Lakers, the poor season continues as the team once again paid the price for a terrible third quarter. 16 points down in the second half, NBA betting apps would have been offering great prices on a Los Angeles comeback win. The Lakers rallied behind LeBron James in the fourth quarter. 18 of James’ 34 points came during that stirring comeback, but it was not enough, leaving Los Angeles with a 13-20 record.

It wouldn’t get any better on Christmas Day when the Lakers dropped 115-124 to the Dallas Mavericks, leaving the team without a win in four. Austin Reeves backed up LeBron with 20 points, and Russell Westbrook hit 17 points.

While the Lakers had a festive weekend to forget, the Hornets were able to match their highest-scoring total of the season. Betting sites will have noticed how freely the Hornets have been scoring ahead of future contests.

Washington led the Hornets with 24 points, while LaMelo Ball scored 23 points while also claiming eight rebounds and eight assists. While it was a nervy victory at the death, the Hornets will feel they contained the Lakers well and weathered the Los Angeles storm in the fourth quarter.

The Phoenix Suns were one of the favorites with USA sports betting sites to win the NBA this season, but there may be a few more doubters than before following a Christmas weekend to forget. One of the obstacles facing the Suns this season is the Nuggets, with the Denver franchise having a campaign to remember. A huge OT win on the weekend shows why the Denver Nuggets are also primed for a championship run.

Not least because the Nuggets have Nikola Jokic in the form of his life. Another huge triple-double from the Serbian center was the inspiration to beat the Suns. However, it was a monster dunk from Aaron Gordon that held up to review in overtime that was the pivotal moment.

After Denver rallied to victory, all eyes, cameras, and microphones were on Jokic. His 41 points, 15 rebounds, and 15 assists gave the Nuggets a colossal foundation to build the win. It was the 83rd triple-double of his career but only the fourth 40-point, 15-rebound, and 15-assist game in NBA history.

As for the Suns, the team also lost 125 – 100 to the Grizzlies on Saturday, making it a winless Christmas weekend. Phoenix is now sitting on a three-game losing streak, and early-season championship talk is cooling. It doesn’t help that Devin Booker is unavailable, lasting just 4:20 against the Nuggets on his comeback following a groin injury.

A comfortable Christmas Day outing for the Celtics saw the team simply have too much power for the Milwaukee Bucks. Jayson Tatum and Jaylon Brown led the Boston charge, while Giannis Antetokounmpo kept the Bucks in the game for large parts.

The two best records in the NBA went head-to-head, but Boston simply had too much in the attacking third.

Brown was the difference maker, securing 13 of his 29 points in the fourth quarter. He also got into a scuffle with Giannis, with Antetokounmpo receiving a technical foul to put him on the bench. While Brown was central to the win, Tatum drove it with his huge 41 points for the Celtics.

It was a close game through the first half, but Tatum’s 20 third-quarter points took the Celtics to a 100-86 advantage heading into the fourth. From there, Boston saw out the game despite Antetokounmpo scoring 27 points and taking nine rebounds.

Boston is regaining its early season form. After losing three from four during mid-December, the Celtics have bounced back with two on the bounce. Boston continues to lead the Eastern Conference (24-10) over the Bucks (22-11).