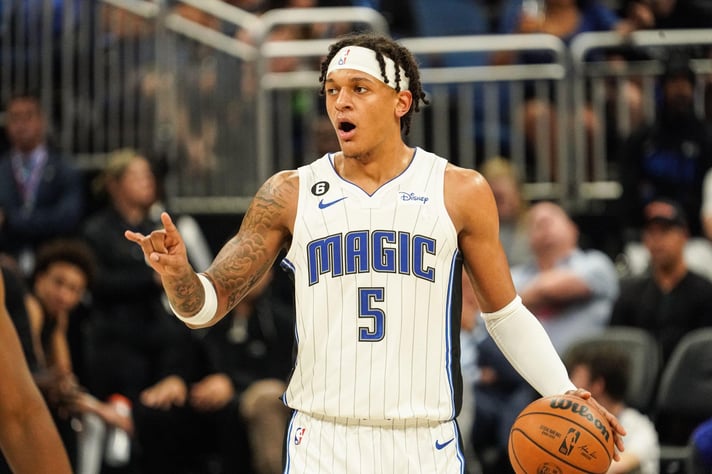 After one of the most exciting weekends in the NBA this season, we’ve just about got our breath back here at Bookmakers.com. With back-to-back losses for the Eastern and Western Conference leaders, there were plenty of shock results for people watching and wagering on NBA betting sites.

Impressive performances from Kevin Durant and Devin Booker showed why superstars are so important in the NBA. Meanwhile, a buzzer-beater from Kyrie Irving against the Toronto Raptors broke hearts in the Great White North.

It was yet another exciting weekend of basketball action for fans and bettors. Here are some of the best games from the NBA’s weekend action.

Both wins for the Orlando Magic against the Boston Celtics were equally impressive this weekend, but the Magic’s victory to sweep the mini-series was arguably the best. To win is one thing, but to back it up with an outstanding defensive performance to limit the free-scoring Celtics to 92 points is another.

Orlando Magic’s season has taken some time to come together, starting the season 5-20. Six consecutive wins have propelled the team to just outside the play-in places, a massive achievement considering the Magic were at +50000 with some NBA betting apps at the start of the season to make the postseason.

Jayson Tatum missed the game for personal reasons, and the Magic responded by pushing the Celtics to the three-point line for shots. This defensive strategy was brilliant, as the Celtics have struggled from deep in recent weeks. Boston shot 25.5% from three in the Sunday night matchup, well below its highs of 40% in the opening weeks of the season.

On offense for the Magic, rookie Paolo Banchero scored 31 points. This included 22 first-half points and 11 points in 10 first-quarter minutes to set the team on the right track at TD Garden. It’s not a stretch to say that Banchero was the best player on the court: a court featuring Jaylen Brown, Marcus Smart and Malcolm Brogdon. With performances like this, could we see a surge up the Eastern Conference standings for the Magic? Banchero is currently the overwhelming favorite to win the Rookie of the Year trophy with betting sites.

While the Brooklyn Nets’ weekend victory over the Detroit Pistons was more impressive, with Kyrie Irving and Kevin Durant combining for an astonishing 81 points, no game was more exciting than the matchup against the Toronto Raptors. The Nets took on the Raptors at Scotiabank Arena on Friday night.

The buzzer-beating shot from Irving ended one of the most thrilling games of the NBA season, an end-to-end contest that deserved a clutch moment. Irving delivered one with a sublime shot as the clock struck zero to seal the win.

Despite Irving’s heroics, there were many big performances during the game, not least Yuta Watanabe. Watanabe has quietly become one of the league’s most accurate shooters from beyond the arc. He’s at 56.8% from the three-point line this season, and his three with 14.1 seconds remaining in the game set the scene for the Nets to win.

The matchup was make-or-break for the Raptors, who needed a win against a divisional rival to revive their season, and the team looked to be playing its part early on. Toronto raced to an 18-point first-quarter lead, but the Nets kept doing what good teams do by wearing down the Raptors with offensive longevity. Toronto might have controlled the early proceedings, but you don’t get anything for winning the first half.

The Nets cut the lead to 10 at the end of the first half and worked their way back into the game. There were also big defensive performances from Nic Claxton and Royce O’Neale, who stemmed the tide with seven defensive rebounds apiece. Claxton’s three offensive rebounds also provided the platform for the Nets to win the game.

The Nets are +1400 to win the NBA Championship this year with some USA sports betting sites, and with a star-studded lineup that looks to be living up to its name, it’s time to start taking their threat seriously.

All the talk since the last time the Phoenix Suns and the New Orleans Pelicans met has been about Zion Williamson, but Devin Booker did most of the talking on Saturday night. He led his Phoenix team to victory against New Orleans with 58 points, six rebounds and five assists.

While Zion was his usual fluent and powerful best and the Pelicans raced to a lead of 24 points during the matchup, no one could match Devin Booker’s desire to win the game himself. He went 21-of-35 shooting from the field, 10-of-15 on his free throws and 6-of-12 from beyond the arc. If Zion is a whirlwind, Booker was a hurricane.

Booker’s performance masked the scoring struggles of the rest of the Suns offense, as no other player hit above 18. It didn’t matter. The rest of the Phoenix offense was there to utilize the prowess of Booker. Phoenix cut the Pelicans’ 24-point lead at the end of the first half to just two with 1:25 left on the clock.

Not to say that the Suns offense was entirely about Booker - Chris Paul chipped in with eight assists. The efforts of these players made sure the Pelicans couldn’t match the Suns and allowed Booker to drive the team to victory.

Sometimes one player can change a team’s fortunes on the court, and Devin Booker did just that against the Pelicans.