Man United Need To Sort Out Wantaway Stars Before Pushing On 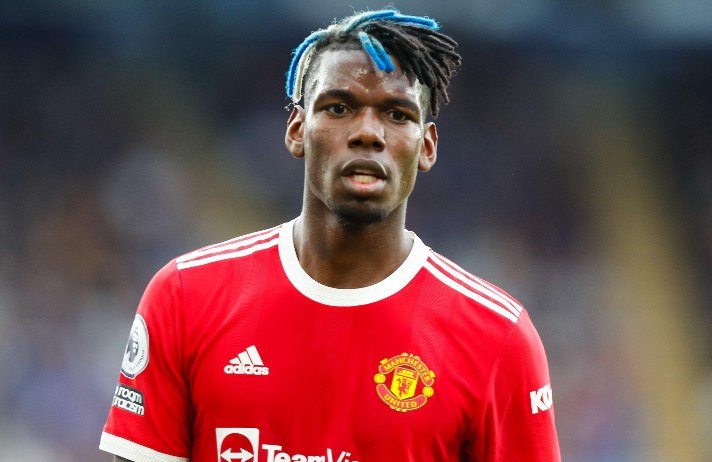 Let’s face it, there are a lot of issues facing the Manchester United hierarchy at the moment. These range from who to appoint as permanent manager, to a disillusioned fanbase and all the way to big-name players wanting out of the club.

It makes it is easy to see why the Old Trafford club are behind Arsenal and Tottenham in the odds on the best soccer betting sites to finish in the Premier League’s top four this season.

Having splashed the cash on names like Jadon Sancho, Raphael Varane and Cristiano Ronaldo last summer, it seemed obvious that Manchester United would need to see some players going out in the other direction.

That would be necessary to not only balance the club’s considerable chequebook, but also to ensure the unhappiness of fringe players due to inactivity does not become an issue within the squad.

However, United fell foul of this principal during the summer window as only Daniel James (to Leeds United) and Sergio Romero (free transfer) exited Old Trafford on a permanent basis.

That has left the Red Devils with an inflated and seemingly unhappy squad, and it is an issue that has persisted despite the removal of Ole Gunnar Solskjaer as the club’s manager in November.

Players like Paul Pogba, Juan Mata, Anthony Martial, Jesse Lingard and Donny van de Beek have all struggled for game time for a variety of reasons and that has led to constant speculation about their individual futures – something interim boss Ralf Rangnick could do without being asked about at almost every press conference.

That hasn’t stopped soccer betting sites pricing up moves for those players and French duo Pogba and Martial appear to be the closest to heading out the door at United – with Newcastle favourites to make a move for Martial in this transfer window.

New contract talks have stalled with Pogba, and he is eligible to leave the club on a free transfer in the summer. That is a scenario that looks increasing likely now, and a move to Real Madrid has long been rumored for the World Cup winner.

A Paul Pogba Exit Could Be Best For Man United

In all honesty, things just haven’t worked out for Pogba since he returned to the club from Juventus for a whopping £90m fee in August 2016. Injury woes, inconsistent performances and fan criticism has dogged his second spell at Old Trafford.

A clean break in the summer might be best for all parties and fellow French world champion Emmanuel Petit also believes it’s time for Pogba to leave Old Trafford.

“I believe the link is broken between Paul Pogba and Manchester United,” Petit told Bookmakers.com.

“You can see in his body language that he is not happy, it is obvious. You don't have to be an expert to understand that. In the last few years, he has been hit by so many injuries and I just believe it is time for him to leave the club.

“His future is just not at Manchester United. They also get no benefit out of a player that is clearly not motivated anymore either. Which means they need to find the best solution for both of them.”

Anthony Martial Should Stay In The Premier League

Anthony Martial has found himself on the periphery of the United squad over the last few seasons and was subject to a loan bid from Sevilla earlier in this transfer window. The French striker exploded onto the Premier League scene, belting in a debut strike against Liverpool.

Starts at a club don’t get much better than scoring against their bitter rivals, but things have slowly gone sour for him. Martial had a much-publicized row with Rangnick recently, as the United boss alleged that the forward had refused to be part of the squad for United’s recent 2-2 away draw with Aston Villa.

The issue has since been resolved according to Rangnick, but a move away from the club still looks inevitable. Whispers of a move to Spain and France have been floated about for Martial, but Petit feels his countryman should stay in England.

“I understand that Anthony MartiaI represents a value for the club, but he is not happy there,” said Petit.

“He shouldn’t come back to France though. When he left Monaco so young, to join one of the biggest clubs in the world and you spend seven seasons there, it's not all for returning to France straight afterwards.

“If I was MartiaI, I would make my mind up very quickly. There are links to Spanish clubs, he could go there. But, I still believe he has a future in the Premier League.”

You can get MartiaI at a price of 4/1 with Unibet to make a move to Newcastle in the January transfer window.