March Madness: Which Contenders Are Primed For Top Seeds? 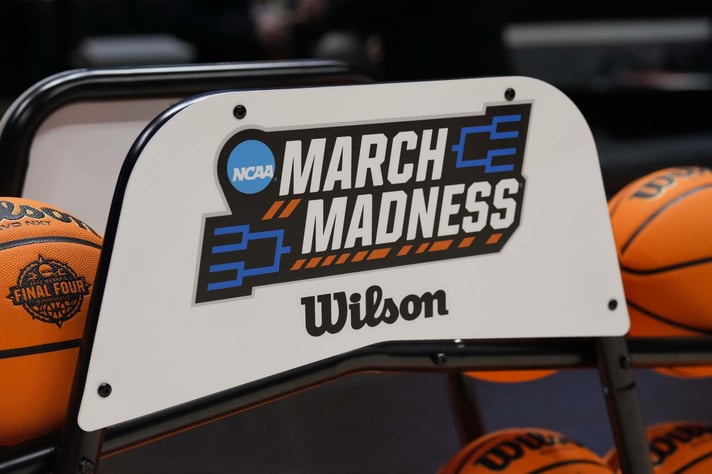 Most teams in men’s college basketball Division 1 have played over 15 games so far this season, which gives people visiting college basketball betting sites a fair idea of how March Madness might shape up and who the key contenders are likely to be.

There’s still some time before March Madness begins, but there’s a feeling that some teams will almost certainly end the regular season with high seeds. These are the eight teams Bookmakers currently projects to take the No. 1 and 2 seedings in March.

Houston is the No. 1 school in country at present and on top of the American Athletic Conference standings with a 6-0 record in the conference. At 17-1, they have been almost impossible to beat. Now that all the teams at the top have lost at least one game, it’s easier to see which teams have been consistently putting in good performances along with good results, compared to those that have beaten bad teams.

Much credit must be given to Marcus Sasser, who has led the team with 16.9 points per game, at 42.4 percent from the field. He’s also chipped in with 1.8 steals per game. While Houston has finished the season in the AP Top 25 in each of the last five seasons, it has only been a No. 2 seed or better twice in the 38 years. This has added another layer of excitement to their campaign. The quality win against Virginia has been the highlight in a near-flawless season so far, which is why they are the favorites to win it all with most USA sports betting sites.

Until recently, Purdue had been many people’s college basketball picks this season. However, despite losing their spot at the top of the rankings, Purdue remains a fearsome team. The Boilermakers have had impressive wins over Gonzaga, Duke and Ohio State this season. These are the sort of teams they’ll be facing in March Madness, which bodes well for them.

Their only loss of the season was to fellow Big Ten team Rutgers, which was a big surprise considering Rutgers has lost five games so far. Of course, Purdue didn’t wallow in that and got back to winning ways, which is just the sort of mentality that every top team needs. Purdue will almost certainly end up with a top seed.

Despite losing to Kansas State this week, the Kansas Jayhawks have shown enough quality this season to show they mean business. While they are likely to see a drop from No. 2 in the nation next week, they’ve got the better of Duke, Indiana and Iowa State, and their only losses of the season have been to strong Kansas State and Tennessee teams who figure to be in the top seed shakeup come March.

It shouldn’t take away from what has been a great season and shouldn’t put off people when they look at the candidates on US betting apps. Jalen Wilson has been outstanding all season and will have made plenty of college basketball player prop bettors happy so far with his 20.8 points and 8.9 rebounds per game. He has been one of the best players in the NCAA this season.

Any team that has beaten the Houston Cougars should be taken seriously, and Alabama is the only program to have managed the feat this season. The Crimson Tide are on a seven-game winning streak as well. Losses to UConn and Gonzaga shouldn’t take away from what has been a fantastic season so far, though given UConn’s recent dip in form, there may be more concerns emanating from that result.

Houston isn’t the only quality win for Alabama. It also beat No. 25 Arkansas earlier this month, and the Crimson Tide remain more of a dark-horse candidate with betting sites. Brandon Miller has been an absolute star for the team with 20.1 points a night, including 46.2 percent from 3. He’s also pulled in 8.3 rebounds per game, and Alabama will continue to be a problem while Miller is in college basketball lineups.

The 11-game winning streak has shown everyone why Gonzaga is still a team to be feared. It has one of the best players in the NCAA on the roster in Drew Timme – the Bulldogs were always going to be in a list like this with a player like that.

The senior has been impressive once again with 21.5 points per game with a field-goal percentage of 61. He has managed that with 7.8 rebounds, 0.9 blocks and 0.9 steals per game. Gonzaga has been the top regular-season team in the country the past two seasons, and no one will enjoy playing them when March Madness gets underway, though their current odds show you could get great value if wagering at betting apps on them.

UCLA had a bit of a hiccup earlier in the season with back-to-back losses to Illinois and Baylor but came out of that rut with a 13-game winning run. That win streak has included impressive wins over Maryland and Kentucky – though both teams are unranked at present.

It’s hard to see them reaching the very top, but they should end the season with a No. 2 seed. Senior guard Jaime Jaquez Jr. has starred with 16.7 points and 7.1 rebounds per game.

Despite some questionable recent form that has seen defeats to ranked opponents Kansas State and Iowa State in their last six matches, the Texas Longhorns have enough credit in the bank. They have beaten some tough teams such as Gonzaga and TCU, but with a schedule that still includes matchups with ranked teams Tennessee, Baylor (twice), Kansas State, Kansas (twice), Iowa State and TCU, we will know a lot more about Texas’ postseason chances in a few weeks.

Marcus Carr could use some help as he’s been running the offense almost entirely on his own with 17.1 points and 4.3 assists per game.

The last team on this list, and our final projection for a No. 2 seed, have got a 14-3 record so far this season but can play to a much higher level. Shock losses to Kentucky and Colorado have led to some question marks around the squad, but there’s no doubting the quality of Tennessee.

The team’s main issue at the moment is that it depends on all the parts to move in sync rather than having one player who can carry the team when they’re in a bit of trouble. Despite that, the Volunteers recorded some great wins over Kansas and Maryland this season.

Of all the teams mentioned in this piece, Houston and Purdue have been the most impressive so far and are deservedly among the March Madness betting favorites with basketball betting sites. They’ve got excellent records and have a lot of quality. Gonzaga have arguably got the best player in the nation in Timme, and he might be saving his best for March Madness, which shows how scary the team can be. We predict these eight teams to hold the No 1. And No. 2 seeds in March.