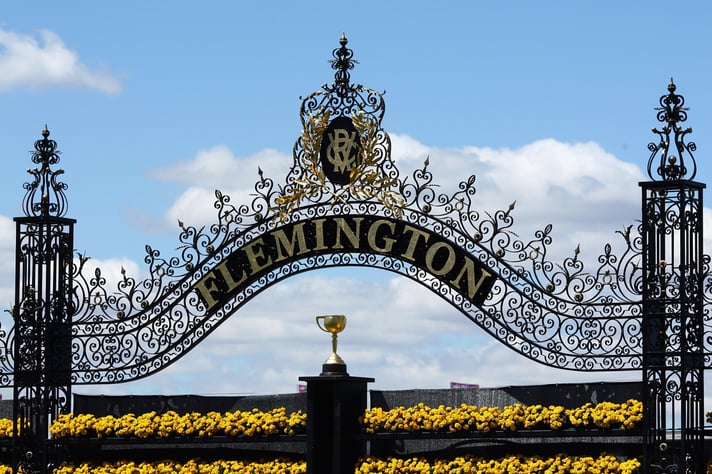 They call it ‘The race that stops a nation’, but with so many equine stars from far-flung places around the globe involved - and its subsequent coverage - it could easily be called, ‘The race that stops the world’. The Melbourne Cup is now a global phenomenon and, as such, attracts the best that the world of horse racing has to offer in regard to trainers, jockeys and, of course, horses. It has also become one of the biggest betting events of the year at the best horse racing betting sites.

On the first Tuesday in November every year, the Melbourne Cup is run over a distance of 3,200 meters, meaning that only the best stayers in training will be on show. Somewhat unique for the biggest flat races around the world, the Melbourne Cup is actually a handicap race, meaning the allocation of weights is vitally important to contenders looking to take a slice of the total prize money of $8 million on offer.

This year’s Melbourne Cup is taking place on November 1, and although the final field of 24 runners is yet to be confirmed, the main players are definitely known. There are just five nations set to be involved this year, with Australian horses accounting for five of the entries at the time of writing. The other nationalities involved will be Ireland, Great Britain, France and New Zealand. This promises to be a wonderful spectacle, with some top-notch horses set to take part.

Below, we will take a look at the likely main players on horse racing betting apps:

Despite the lack of foreign runners this season, the current favorite will be representing England. Deauville Legend currently heads the market with betting sites from around the world. Trained by James Ferguson in Newmarket, Deauville Legend arrives in Flemington off the back of a very impressive victory in the Great Voltigeur Stakes at York Racecourse in August. The three-year-old has the perfect profile for a prospective winner, although this will be his first attempt at this distance.

The second English-trained horse towards the head of the markets on betting apps is the Simon and Ed Crisford-trained, Without A Fight. Vastly more experienced than his fellow English runner, the five-year-old is an improving stayer and has won two of his last three starts. Given that he raced in Meydan back in March, the trip over from England should have had minimal effect on him, something that can often scupper a foreign horse’s chances of winning.

The chance of an Australian winner in this year’s Melbourne Cup took a hit when the well-fancied Durston was ruled out with just days to go. The pressure will now be on the Ciaron Maher and David Eustace-trained Gold Trip to carry the home flag. Gold Trip was beaten just a head by Durston in the Caulfield Cup, so the omens are good for Australia’s supposed main hope.

The first filly to be mentioned, Duais, is another leading chance for the home team, and she certainly has her supporters. The Melbourne Cup has been the main target for Ed Cummings’ filly this year and she should be well tuned up to have a say in what is an open renewal.

Hoo Ya Mal could easily have been representing England at Flemington, but the three-year-old colt is now under the care of Gai Waterhouse and Adrian Bott, having moved down under after a stellar season in Britain for George Boughey. Before Hoo Ya Mal lined up in the Epsom Derby this year, even the most ardent supporter would never have dreamed that he may end up in Australia’s showpiece race. He was sent off as a 150/1 shot at some horse racing betting sites at Epsom but caused a huge shock by finishing second behind, Desert Crown. Two good performances at Goodwood have followed, before finding life a bit difficult in the St Leger on his last start. This marathon trip should be right up his street.

The Melbourne Cup is a notoriously hard race to predict the winner of. Just one favorite has won the race in the past 10 years, and with winning prices of 17/1, 19/1, 25/1 and even 100/1 in that time, it proves that a 24-runner handicap of this nature could throw up any kind of result.

Double-figure odds could be the name of the game again this year. The two European trained horses that head the market – Deauville Legend, and Without A Fight – are good horses, but their short prices could have more to do with where they come from, rather than how good they actually are.

I have a feeling that Australia may have a new equine hero after Tuesday’s race. Although he has yet to grace the turf down under, Hoo Ya Mal, could be the horse to follow at Flemington. I think he has been crying out for this marathon trip, and he has already shown he has plenty of class with his aforementioned runner-up performance in the Epsom Derby. He has had plenty of time to adapt to life in Australia, and Waterhouse will definitely have him fit and ready for a big run.

Of the others, Duais and Gold Trip will have better chances if rain begins to fall in the days leading up to race time. Both prefer a cut in the ground, particularly, Duais, who may prove to be the better of the two.

For those of you who prefer to bet on big-priced runners, one horse that I wouldn’t put anyone off, is Godolphin’s, Alegron. The VRC Leger winner is a thorough stayer, and his run in the Caulfield Cup last time was just too bad to be true. With a little bit of luck in running, he could well be passing tiring horses on the run for home. He is definitely a good place possibility with sports betting sites.

Where To Bet On The 2022 Melbourne Cup

The number of betting apps for horse racing from around the world that offer prices on the Melbourne Cup is huge. If you are not sure which betting sites will supply the best value in the markets, fear not, because we have got you covered.

Melbourne Cup betting odds are available from sports betting sites wherever you may be. Be it Europe, the US or Australia itself, we have all of the up-to-date markets, as well as plenty of enhanced offers and free bet offers.

Which horse you bet on is up to you, but whoever it may be, we will point you in the direction of the best value to be found.