Most Under Pressure Coaches And Toughest Jobs In World Sport 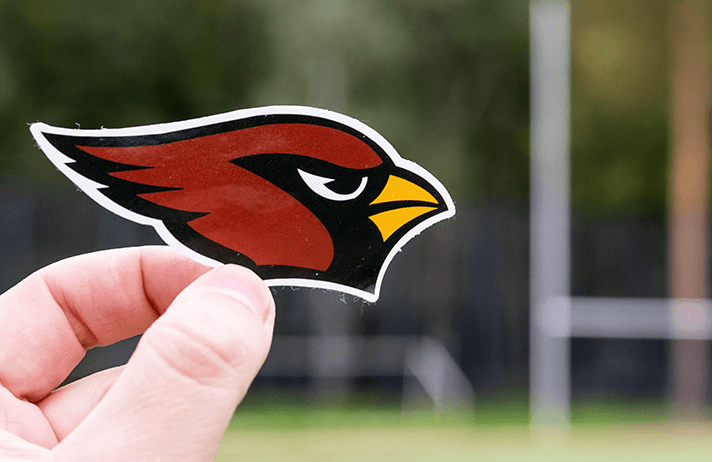 Most Under Pressure Sports Coaches in the World

The toughest gigs in sports aren’t always the best ones. Sometimes for coaches, the pressure of managing expectations is just as important as delivering wins on the court or field. Owners want to win and they want to do it their way – and the coach is usually the fall guy when things go wrong.

Indeed, coaches can be powerless when it comes to being sacked. Whether it’s the fans calling for the axe, the media questioning the coach’s ability, or the general manager saving his own skin by forcing through an exit, there are some sporting institutions that just love creating a scapegoat.

And across the world of professional sport some teams, franchises and clubs become notorious for sacking their head coaches. Indeed, such is the reputation of some teams that sports betting fans wager heavily on them to fire their coach next.

And yet, despite their reputations there’s always a new guy willing to test their luck in these unforgiving institutions.

So we’ve crunched the numbers to reveal where you’ll find the most under pressure sports coaches in the world. And you may be surprised with some of the results.

Watford may not be the first club you think about when discussing the most under-pressure soccer managers in the game. While there is pressure managing Manchester United, Chelsea and Liverpool, it’s seemingly nothing compared to the standards Watford’s Pozzo family demand of their managers.

Since the Pozzos took charge of Watford in June 2012, the club has gone through 14 managers in just eight years. It is the toughest job to retain in football, largely because the owners are happy to sack their managers as though they’re on work experience.

Quique Sánchez Flores holds the shortest reign at Watford of just 12 games and a 16.6% win record. In 2021 Xisco Muñoz got Watford promoted back to the Premier League and was duly sacked seven games into the new season, despite being the only Watford boss to boast a win record above 50% since Slaviša Jokanović in 2015.

Rarely does a season go by without someone questioning whether or not the Cardinals should replace their head coach, even when they’re delivering a winning season. Since the team moved to Arizona in 1998, their fans have witnessed eight coaches run the team, lasting on average 3.3 years. That’s below the NFL 3.8-year average for head coaches since the league began.

Remarkably, if you go back through the history of the Cardinals, that average gets even worse. Since 1920 Cardinals head coaches have lasted on average just 2.4 seasons in the job.

Ken Whisenhunt remains their longest-serving coach, calling plays between 2007 and 2012. He achieved just two winning records over his six-season reign, but he did get Arizona to Super Bowl XLIII when they lost to the Steelers in February 2009.

There’s also notable shout-outs to the Bills, Browns, Dolphins and Raiders, who have all recorded 10 coach departures or more over the past 22 years. Credit therefore goes to the Steelers who show loyalty to their head coaches. Since 1969, Pittsburgh has had just three head coaches - Chuck Noll, Bill Cowher and Mike Tomlin.

A head coach lasts on average every 2.4 seasons in the NBA - worse than any other American men’s major sport. The Brooklyn Nets, Detroit Pistons and New York Knicks have all had 12 coaches between 1999 and 2019, and all three have their issues holding on to their management staff.

Since 2019 the Knicks have gone through two more coaches. It’s rare that a coach lasts more than two years in New York, yet Tom Thibodeau’s 2020-21 Coach of the Year award suggests he could be unique among a list of axed men.

The Nets, meanwhile, are also trigger-happy with their firing of coaches. Since moving to Brooklyn their supporters have seen eight men in the hot seat. While most of them reach the playoffs, none can hold down a job for long. Maybe there’s something about New York that keeps sports betting fans wagering on a Nets/Knicks departure next.

The Marlins aren’t exactly the most prestigious team in Major League Baseball but, just like Watford in the Premier League, they go through coaches quicker than anyone else. There have been 15 coaches of the Marlins (and two guys took the job a second time) spanning 28 years. On average, a Marlins coach lasts just over a season and a half in Miami.

Seven of these have been fired, three have resigned and the rest have been interim appointments until the owners find someone better. Only two, Jim Leyland and Jack McKeon, managed to guide the Marlins to the playoffs until Don Mattingley came along. He’s been in charge since 2016 and took them to the NLDS in 2020, some improvement after 17 years without postseason action.

Both Edmonton and New York possess pretty poor records when it comes to firing head coaches, and right now the Oilers just can’t seem to settle on one man. Since Craig MacTavish left his post in 2009, the Oilers have gone through eight coaches, and only two of those (Todd McLellan and incumbent Dave Tippett) have managed a success rate over 50 per cent. Both men have steered the Oilers into the playoffs.

The unfortunate Ralph Krueger, Todd Nelson and Ken Hitchcock each lasted fewer than 65 games. Yet Pat Quinn boasts the worst record during this period with a 37 per cent win rate from his sole season in charge.

As for the Islanders, 13 NHL coaches since 1998 really isn’t great going.

Premiership rugby clubs are usually set up with a sporting director and a head coach. And since Richard Cockerill’s exit as boss in 2017, Leicester Tigers have run through four coaches. The club has employed 12 men in total down the years, with each head coach averaging two years and a month in the job.

Dean Richards (1998-2004) was by far their most successful coach. In contrast, Australian Matt O’Connor lasted just 38 games and Geordan Murphy managed a woeful 33% win rate over his 63-game tenure.

Leicester have ambitions of returning to the glory days under Richards and the club won’t think twice about rolling the dice and sacking another coach.

Coaches don’t last long in the WNBA. In fact, their tenures are shorter than any of the major men’s sports in America, at just 2.5 years on average. Washington Mystics have the worst record when it comes to sacking head coaches, with 13 over 24 seasons. However, Mike Thibault has been in charge since 2012 – so that job isn’t as dangerous as it once was.

So, which team fires the most WNBA coaches? The Los Angeles Sparks have gone through 15 head coaches since 1997, meaning each coach earns on average 1.6 seasons of employment before being ousted. And the reward? Three WNBA Championships in their history. Now that’s tough going.

The best sports betting sites love to create a stir with markets on which manager or coach will be next to leave a job, and which new man or woman may be poised to take over, it fills many a sporting column across the globe and is big business and getting it right seems to be tougher for some than others!