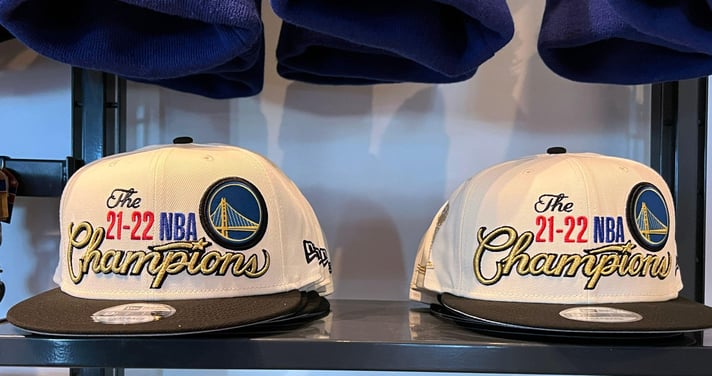 We’ve reached the halfway point of the season, and the main contenders for the NBA championship are making themselves known. Some teams have disappointed compared to preseason expectations on NBA betting sites, while others have exceeded expectations.

The reigning NBA champions, and people’s preseason NBA picks for the crown again, the Golden State Warriors, have disappointed thus far. While they would be in the postseason if the season ended today, they would only make the play-in tournament. This is almost all to do with their troubles on the road. At the Chase Center, they are 17-5, but away from their home comforts, the Dubs are 3-16. This still hasn’t put some NBA betting apps off as they list the Warriors as the fourth favorites to win it all at +800.

There have been some more pleasant surprises for certain fanbases across the Association, particularly in the Western Conference. The Memphis Grizzlies have shown that last season’s second seed was no fluke by jointly leading the West with the Denver Nuggets, whose two-time reigning MVP champion Nikola Jokic is putting up another season for the ages.

With Zion Williamson back in the fold for most of the season, the New Orleans Pelicans have been surprise front-runners in the West. At 25-17, they have the eighth-best record in the NBA this season and look good to outdo their preseason expectations at USA sports betting sites.

The East has the likely contenders at the top of the Conference, with last season’s East winners, the Boston Celtics, leading the way. They are followed by the star-studded Brooklyn Nets, Milwaukee Bucks and Cleveland Cavaliers.

In the East, there have also been a couple of disappointments. 2022 playoff participants, the Chicago Bulls and Toronto Raptors, are languishing in 10th and 11th in the conference. While they are still fighting for a play-in spot, their performances so far will have disappointed fans and people who wagered on them at betting sites before the season started.

While the market is always subject to change as the regular season goes on, there are early favorites with betting apps in the preseason.

Last season’s beaten finalists, the Boston Celtics, have been seen as the early team to beat in the league. They produced a great, and somewhat unexpected, run to the final in the 2022 NBA Finals and perhaps they are capable of going one better in the not-too-distant future.

However, some betting customers will instead look to wager on a team with a more solid track record, and none have a better one than the Golden State Warriors. There is perhaps no stronger NBA lineup than the starting five for the Warriors. Between 2015-2022, the Warriors have reached the NBA Finals on six separate occasions winning four championships, including this past season.

The LA Clippers are well respected in the NBA Futures betting market, although they have never been to the NBA Finals. The return of Kawhi Leonard makes them top of the NBA picks for many people this season. The Milwaukee Bucks were crowned the 2021 champions, which rightfully makes Giannis Antetokounmpo and Co. one of the favorites.

Despite the dominance of Golden State over the past few years, they have only won one of the past four NBA Finals. Indeed, there is evidence to suggest their monopoly in the National Basketball Association is coming to a close, with several other teams catching up with them.

We saw the Toronto Raptors win it all in 2019, and LeBron James’ Los Angeles Lakers beat Miami Heat to the crown in 2020. The Milwaukee Bucks were then able to secure a victory the season after with a 4-2 win over the Phoenix Suns in the Finals.

How to Back Winners on the NBA Championship Winner Market

The first port of call is to identify the teams that are going to win the Eastern Conference and Western Conference respectively. It might be that you have a strong fancy for one of these sections, but you have to weigh up the relative strengths and weaknesses of the conference as there might be a tough route through to the NBA Finals due to other strong teams.

There are two simple choices on the eve of an NBA basketball season. You can either gather up the evidence of previous campaigns, the NBA draft and free agency to make a decision on who is going to prosper based on these results. Alternatively, there is the opportunity to wait until the regular season gets under way to assess the relative performances of each club before using any free bets on the team of your choice.