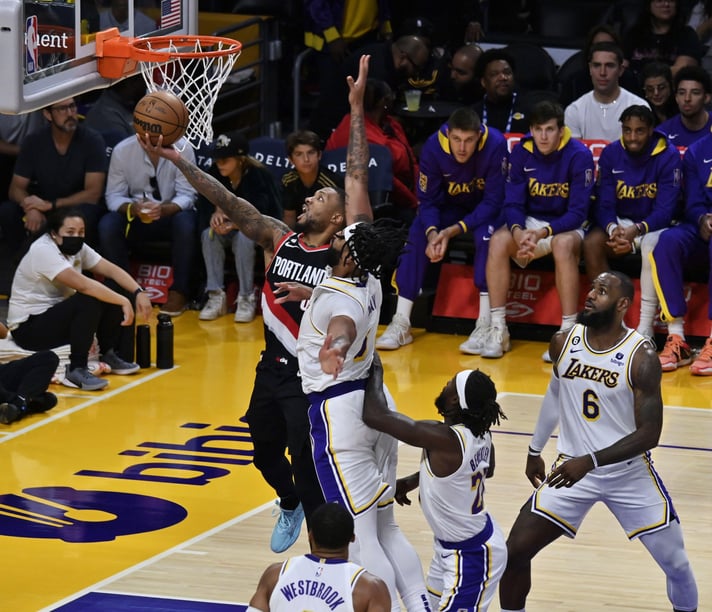 Christmas is nearly here. For some people, that means presents, time with the family and endless repeats of cheesy holiday movies. For us at Bookmakers.com, it means wall-to-wall basketball action on our TV screens and NBA betting sites!

With a critical period coming up, there’s been plenty to occupy the attention of bettors and basketball fans. Below are a few of the biggest stories from the NBA this week that you might have missed while getting ready for the holidays.

What is happening in New York? Scoring 30+ points each quarter, the New York Knicks beat the Golden State Warriors on Tuesday night by nearly 40 points to seal eight consecutive wins, and they may not be done yet, so make sure to keep them in mind when making NBA picks.

Pre-game, NBA legends fired the usual sarcastic shots at the team from Madison Square Garden: "I don't think they can get out of one round of the playoffs," Charles Barkley said. "Whoop-de-doo. … They're playing great, but they're not even the best team in their city.”

While city rivals, the Brooklyn Nets, are playing some incredible basketball right now, the Knicks made themselves the center of national conversation last night. Fans must be thinking Christmas has come early. Sure, the Warriors had lots of injuries and are having a tough season as defending champions, but the basketball on show from the Knicks was too impressive to dismiss.

With Immanuel Quickley scoring 22 points off the bench, Jalen Brunson 21 points and Quentin Grimes 19 points, its offense was balanced, completely demolishing Golden State to seal a statement win. Talk now is not about whether New York will make the playoffs but whether it can triumph in a series against some of the NBA contenders.

If you’re a Knicks fan and feel lucky, you can get +16000 odds for the team to win the 2023 NBA Finals with some NBA betting apps. If you’re not a Knicks fan, just let the long-suffering fans in New York dream for a minute, will you?

Damien Lillard has always wanted to be one of the greatest players in Portland Trail Blazers history, and he took a massive step toward advancing that claim on Monday night. His third-quarter bucket against Oklahoma City Thunder was his 18,041st career point, making him the franchise’s all-time leading scorer. His consistent scoring has always made him one of the possibilities to choose with US sports betting sites for the scoring title every season.

Clyde Drexler held the record for over 27 years, and Lillard needed 21 points against OKC to surpass him. He ended the game with 28 to cement his place in the record books. He’d scored a three-pointer a few minutes before to tie with Drexler’s total then dispatched a free throw to make history. It was a touching moment, as when Lillard broke the record, the 32-year-old received a standing ovation from the Oklahoma City crowd.

Lillard’s Trail Blazers lost the game 123-121 and the loss was his focus after the game. “Obviously, it’s not the same as if we had won the game, you feel better about it, but it’s an accomplishment that came with a lot of losses and a lot of wins,” Lillard said. “Even during the game tonight, I wasn’t playing focused on getting to the record. I was playing the game just trying to win. I knew it would happen eventually.”

The Trail Blazers selected Lillard as the sixth overall pick in the 2012 NBA draft, and he is the only player in Trail Blazers franchise history to receive six NBA All-Star and All-NBA Team selections. He was named to the NBA’s 75th Anniversary Team, cementing himself as one of the greats in the league’s history.

There’s a new owner in the NBA and WNBA as Mat Ishbia, owner of United Wholesale Mortgages, agreed to purchase the majority stake of the Phoenix Suns for a record $4 billion. The deal also includes the sale of WNBA’s Phoenix Mercury and eclipses the value of Joe Tsai’s purchase of the Brooklyn Nets in 2019 for $2.35 billion.

Ishbia knows how to win on the court – he was part of the Michigan State Spartans side that reached the Final Four in three consecutive years, winning the national championship in 2000.

After purchasing the team, he spoke to fellow MSU alum Magic Johnson, with the NBA legend tweeting: “I had a great call with fellow Spartan Mat Ishbia congratulating him on his purchase of the Phoenix Suns. He’s going to do great things not only for the Suns’ organization but for the entire league. All of the other 29 NBA teams better watch out because Mat’s a winner!”

Ishbia takes over from Robert Sarver, who was fined $10 million and suspended for one year after a misconduct investigation last year. After turmoil off the court, Suns fans can finally start to look forward to a brighter era under the leadership of someone with a proven basketball IQ.

The Suns are currently +1100 with some US betting apps to win the NBA Finals, and this franchise might be able to get its first championship with Mat Ishbia in the owner’s box.