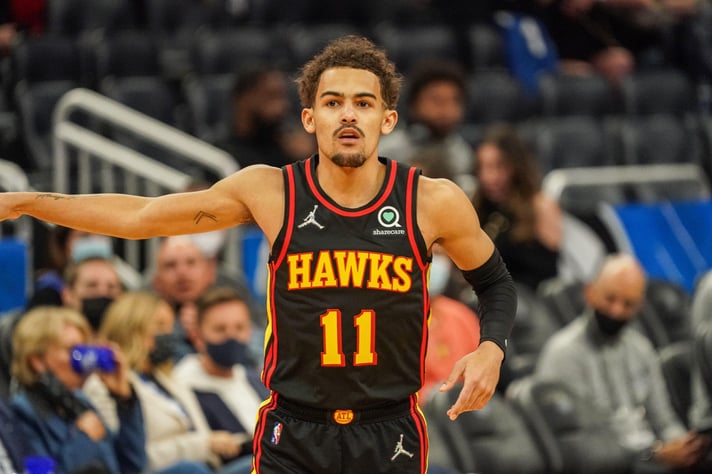 It’s been another busy week in the NBA, with plenty of exciting news about the most popular professional basketball league globally. There were rumors of a high-profile spat between a star player and head coach, and the San Antonio Spurs are in the middle of their worst streak in history.

Finally, while there’s always something to play for in the NBA, we can add a new item to the list – a new trophy for the regular-season winners. Here are some of the biggest stories you might have missed in professional basketball this week that could influence your decisions at the best NBA betting sites in the coming week.

The San Antonio Spurs are in the middle of their worst losing streak in franchise history. After the Phoenix Suns handed them a blowout 38-point loss on Sunday, the number of consecutive losses for the Spurs stretched to 11 – so if you’re making your NBA picks it might make sense steer clear of the Spurs for a while.

The defeat to the Suns epitomized everything that’s been wrong with the Spurs this season. San Antonio made 19.4% from three and was successful with 13 fewer shots from deep. It’s not going to get easier for San Antonio as it hosts a young and unpredictable Houston Rockets team on Thursday before a tough run that involves matchups against the Cleveland Cavaliers, Portland Trail Blazers and Miami Heat.

More worrying for the Spurs is the health of their longtime coach, Gregg Popovich. He missed the games against the New Orleans Pelicans, the Los Angeles Lakers and the Suns and will miss two more games due to a ‘minor health procedure.’

Keldon Johnson said, “We hope we get him back soon. The main thing is that his health is great, and from what we hear, he is in great condition. But having coach [Brett] Brown is great. We have a great coaching staff all around."

It seems unlikely the Spurs will turn things around, which will allow the team to look forward to next year and the 2023 NBA draft. This draft is likely the year 7’4” French superstar Victor Wembanyama arrives in the NBA as the consensus No.1 pick in the draft. Being this bad could all be part of the plan to bring Wembanyama to San Antonio.

Finishing with the worst record in the league gives you a 14% chance of getting the number one overall pick. Note that number is not 100%. If you want to know what it’s like for this to backfire, ask each team with the worst record since the draft lottery weighting was changed to a 14 percent chance in 2019. In the four seasons since then, the teams picking first have had the seventh-worst, third-worst and second-worst records the season before but not the worst.

Teams in the NBA now have a new trophy to aim for: the Maurice Podoloff Trophy. The league announced Tuesday that the team with the best regular-season record would receive the trophy, named after the first commissioner of the NBA.

The trophy features a crystal ball cut into 82 panels – for the 82-game regular season – on top of a structure representing the Eastern and Western Conferences. The new award is very similar to the Presidents’ Trophy in the NHL. This new trophy will mean a name change for the MVP trophy named after Podoloff.

The league has been introducing a lot of new trophies in the last couple of years, with divisional trophies issued for the first time last season. These are the Nat Clifton Trophy for the Atlantic Division, Wayne Embry for the Central, Earl Lloyd for the Southeast, Willis Reed for the Southwest, Sam Jones for the Northwest and Chuck Cooper for the Pacific.

While not as prestigious as lifting the NBA Championship, the Larry O’Brien, it’s likely to be sought-after. The current leaders for the trophy with NBA betting apps are the Boston Celtics, who are -130 to win over 59.5 regular-season games with some NBA betting sites. Sixty regular-season wins could be enough for the Celtics to bag the inaugural Maurice Podoloff Trophy.

Why was Trae Young Missing Against Denver?

Trae Young has lit up the Atlanta Hawks this season, posting 27.6 ppg, shooting 40.8% from the field, and getting 9.6 assists per game. He has been one of the best players in the NBA this year, and if you’re feeling brave, he’s an outside bet at +21000 to win NBA MVP with some betting apps. The brand of basketball played in Atlanta has been great to watch, and the Hawks are fourth in the Western Conference.

Going into last Friday’s highly anticipated game against the Denver Nuggets, USA sports betting sites and basketball fans all over were looking forward to a clash between reigning MVP Nikola Jokic and Young. It was also set to be a matchup between the free-wheeling offense of the Hawks and the controlled and efficient offense of the Nuggets.

However, fans were left disappointed after Young was missing against Denver. The Hawks came out on top, but questions remained over why their star was absent. Young was officially missing due to a lingering right shoulder injury, but, according to some reports, there’s more to the story.

There was speculation that Young chose not to attend the game due to a disagreement with coach Nate McMillan. Reportedly, the star Hawks guard was receiving treatment when McMillan pressed him about his availability for the game against the Nuggets.

Young told McMillan that he would focus on the treatment before deciding later whether to play. McMillan disapproved and gave him two options: play from the bench or don’t show up to the game. Young chose the latter.

When asked, McMillan called the affair a “miscommunication”. This tension is nothing new, and Young was reportedly at odds with former Hawks coach Lloyd Pierce before his firing at the end of the 2020/21 season. Their relationship is something to keep an eye on for the rest of the year and may impact their standing with NBA betting sites. Make sure to keep up with all the latest NBA lineup information before making your wagers so you can be as informed as possible.