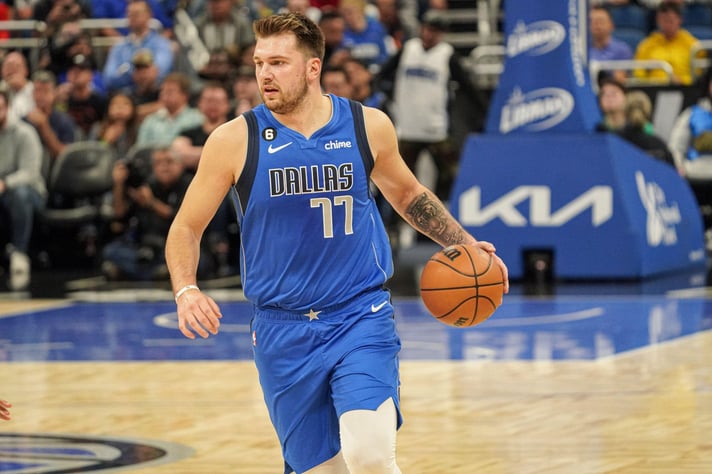 It was another busy week in the NBA as Zion Williamson hit 100 games in the league, the Suns extended their winning streak and Luka Dončić posted his third 40-point triple-double of the season.

Elsewhere, the Sacramento Kings took a seven-game winning streak and turned it into a three-game losing streak within a week. The Los Angeles Lakers’ inconsistency continued as they lost to the Indiana Pacers. The Boston Celtics returned to form after their shock loss to the Chicago Bulls, and the Philadelphia 76ers impressed with a dominant win against the Orlando Magic. Check out some of our favorite stories from the NBA this week to help you when you next look to make NBA picks at some of the best NBA betting sites.

The Suns Rise in the Rankings

After suffering heartbreak in the 2021 NBA Finals, the Phoenix Suns are now top of the Western Conference thanks to a five-game winning streak. Their last defeat was a one-point nail-biter against the Utah Jazz. Since then, the Suns have beaten the New York Knicks, Lakers, Detroit Pistons and the Kings. The franchise even managed to dish out some revenge with a one-point victory over the Jazz.

The Phoenix Suns have three winnable games this week, with the Bulls and Houston Rockets visiting the Footprint Center before visiting a San Antonio Spurs side that can’t buy a win right now.

Devin Booker has been key to Phoenix’s climb to the top of the West, scoring 44 points in the win in Sacramento. He’s been the top points scorer in 12 of Phoenix’s 20 games so far this season. He’ll need to keep up his PPG of 27.9 if the team is going to challenge for a first championship in franchise history in 2023.

Some NBA betting apps are offering odds of +350 for the Phoenix Suns to win the Western Conference. That seems like an excellent price with their recent success and the inconsistency of the Golden State Warriors and LA Clippers.

The 2019 number one overall draft pick has had to wait a while for the milestone game, having missed an entire season in 2021/22 with a foot injury. When asked about the achievement, Williamson said, “I wish I could have played every game.”

Despite that, his numbers from his first 100 games suggest he will finish his career as one of the greats if he can stay healthy. In his career so far, he has points per game and scoring percentage matched only by Charles Barkley, Shaquille O’Neal, Kevin McHale and Wilt Chamberlain.

He’s hit at least 20 points in 83 of his first 100 games. The last player to do that was Michael Jordan. He’s also just the 12th player in the history of the NBA to hit 2,500 points before his 100th game, alongside players like Kareem Abdul-Jabbar, Rick Barry, Elgin Baylor and Chamberlain.

The Pelicans sit third in the Western Conference right now, and Williamson is benefitting from consistency in his fitness and the roster around him. He is on his third head coach in New Orleans, but the signs are the personnel will remain unchanged. The relationship between Zion, his head coach Willie Green, and his teammates seem to benefit him.

“It's just good to kind of have just steady people around me now,” he said after Monday’s win. If he keeps up those numbers, there’ll be many more wins and milestones like them. If he remains healthy, the Pelicans could be a dark-horse contender to win it all on betting apps.

“It’s getting boring. I mean, let’s see something different. Maybe [Dončić should] do it with his left hand.”

Even Dallas Mavericks coach Jason Kidd is getting used to seeing Luka Dončić do amazing things on-court. Dončić posted his third 40-point triple-double of the season in Tuesday’s 116-113 win over Golden State. No other player in the NBA this year has one.

The game against the Warriors saw the 23-year-old post his league-high fifth triple-double of the season and the 51st of a stellar career. Dončić’s masterclass also came on a night when the Mavericks were looking to snap a four-game losing streak and needed to beat the side that eliminated them from the NBA playoffs last season.

Kidd said after the game that “the man is special,” and we must agree. The Slovenian Dončić leads the league in PPG, is fourth in assists per game and second in usage percentage and total points. You’ll know he’s also top in fantasy PPG if you have a league with your friends or if you play DFS on USA sports betting sites.

Teams trying to contain Dončić have to contend with a player who offers his Mavericks side so much around the court: speed, size and efficiency from the paint and the three-point line. “You’ve got to worry about everything,” said Steph Curry after facing up against Dončić’s Dallas.

Dončić is now +250 with some betting sites to be named NBA MVP at the end of the season, even shorter than Giannis Antetokounmpo. If Doncic can keep dropping performances like his game against Golden State, those odds will look generous by the end of the year.