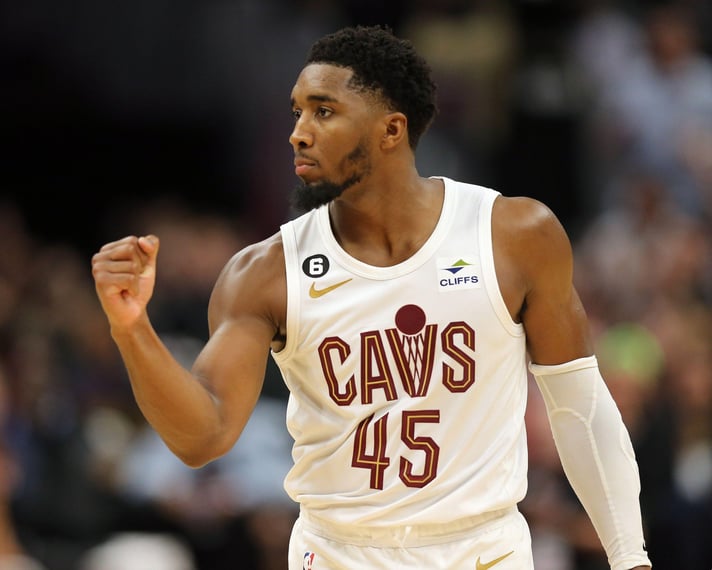 It has been another exciting week for NBA betting fans. The Chicago Bulls upset the odds to beat the top two in the Eastern Conference in successive games, and the Cleveland Cavaliers posted three consecutive wins over the course of the week. The Sacramento Kings’ dream run was dashed as the Atlanta Hawks ended their unbeaten streak on Wednesday. But not everything in basketball can be a surprise, right?

With 27 games this weekend, there are loads of exciting matchups across the NBA. Check out some of our NBA picks for NBA fans and bettors below.

The resurgent Chicago Bulls travel to the Paycom Center on Friday for a matchup with Oklahoma City Thunder, and it has been quite the week for the Bulls.

Chicago Bulls hosted the Eastern Conference’s No. 1 team on Monday night, coming up against a Boston Celtics team on a nine-game win streak. The Bulls upset the Celtics, winning 121-107 thanks to 28 points and eight rebounds from DeMar DeRozan.

The Bulls then traveled to Milwaukee to play the Bucks, the second-ranked team in the East. DeRozan’s hot hand struck again, and the Bulls downed Giannis Antetokounmpo’s side 118-113. DeRozan scored 36 points - including 23 in the second half - four rebounds and eight assists, condemning Milwaukee to only their second defeat at home this season.

So, how good are the Chicago Bulls? Improving to 8-10 with the back-to-back wins, they face a trip to Oklahoma City on Friday to face the Thunder. OKC has lost three successive games, last failing to beat a Denver Nuggets side with a lengthy injury list on Wednesday night. With the Bulls looking like a good team right now, this is a game they should win and will be favorites on NBA betting apps to do just that.

However, the Bulls have dropped matchups like these previously this season, losing to the Orlando Magic and the San Antonio Spurs, who are both 13th in their respective conferences. While a bet on Chicago seems like a simple choice, don’t discount another lackluster performance against a team they should be beating. You never know with the Bulls.

Sacramento Kings fell back to earth on Wednesday night with a morale-zapping, streak-ending loss against Atlanta Hawks. The Kings inspired their fans over their best win streak since 2004/05 but reverted to type in a loss against the Hawks, where they faltered on both sides of the ball.

Rookie Keegan Murray scored just four points in the 115-106 loss, and Sacramento’s defense looked weak, allowing Trae Young to score at will and giving up easy baskets to Atlanta all night.

Luckily for the Kings, they face a nice easy trip on Friday night to…a Celtics team that bounced back from that shock loss to the Bulls with a 125-112 win over the Mavericks. Sacramento can’t afford to perform as they did against Atlanta. Let’s not forget that Boston beat Atlanta, Sacramento’s midweek opponent, by 25 points last week.

Despite the blip against the Bulls, Boston are the team to beat in the NBA this season. Jayson Tatum and Jaylen Brown are averaging 30.6 and 25.6 points per game this season and will likely lead the team into the playoffs.

Against the fifth-worst defense in the NBA, the Celtics could post a considerable number on the Kings. Can the Kings rebound after their loss to show they are the real deal? They will have to defy the prices at the best betting sites to do so.

Another game in a packed Friday night basketball extravaganza features two teams who have every reason to believe they’ll be fighting it out deep into the postseason this year, as the Milwaukee Bucks meet Cleveland Cavaliers at Fiserv Forum. The Bucks are currently the second favorites to win it all with the best betting apps, while the Cavs are seen as more dark-horse candidates despite having the third-best record in the Association.

Despite Giannis Antetokounmpo getting back to his best against Chicago, the Bucks defense wasn’t up to scratch, giving up 19 turnovers and allowing the Bulls to wrestle their way back into the game with 23 second-half points from DeMar DeRozan this week.

Giannis scored 36 points in the matchup, and Brook Lopez hit 20, but they missed several clutch shots down the stretch. On the other hand, the Bulls hit those clutch shots and took the win.

In short, it’s not good enough for a team who wants to win a second NBA championship in three years. Most NBA betting sites consider them the second favorite to win the NBA Finals behind the Boston Celtics.

As for Cleveland, they’re feeling pretty good going into the game on the back of a four-game win streak. Donovan Mitchell has scored 63 points in his last two games, and the Cavaliers defense has been excellent in the previous four matchups. Their last loss was a 113-98 defeat to the Bucks, so they’ll be looking to get revenge in a big Friday night matchup that will put Cavs ahead of the Bucks in the standings if they come out on top.

The Indiana Pacers face the LA Clippers at the Crypto.com Arena on Sunday night in the pick of the Sunday games in the NBA. The Pacers are fifth in the Eastern Conference, while the Clippers are sixth in the West going into the weekend’s games.

Despite a loss to a resurgent Golden State Warriors on the road on Thursday, the Clips seem to have found their winning formula. After recovering from four losses in the season’s first six matchups, the team sits at 11-8 after 19 games. The Clippers went into the road contest with the Warriors having won four in five, pushing them into the playoff places.

However, the fortunes of the Clippers rest on the fitness of Paul George and Kawhi Leonard. The Clippers play twice this weekend, and both players are out for the Friday matchup against the Nuggets. Will they return against the Pacers? The team’s price with the best betting apps will depend on their availability so keep up to date with our NBA lineups.

The Pacers, too, are looking to revive their fortunes after a significant loss against the Minnesota Timberwolves. Indiana had won five straight games before the home loss against Minnesota, rescuing their record after losing four of their first five games this season. An exciting matchup awaits.