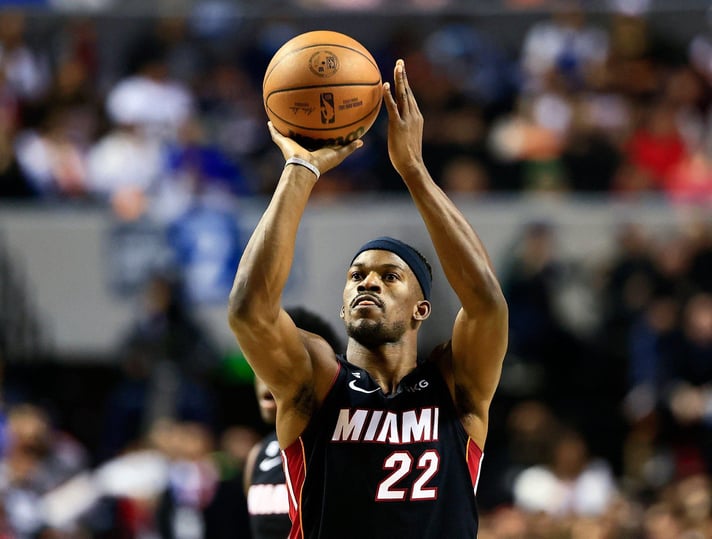 As the playoff picture becomes more apparent with every passing week, the NBA is starting to get interesting for fans and those looking to wager at NBA betting sites. We’ve got another exciting weekend of basketball action that could be postseason previews. Friday night sees the Miami Heat travel to the Dallas Mavericks, and Saturday sees two top teams in the NBA face off as the Milwaukee Bucks meet the Cleveland Cavaliers.

Finally, on Sunday, the Brooklyn Nets travel to the West Coast to face off against the Golden State Warriors, with the home-court advantage being significant to the Warriors this year. Check out our NBA picks for the best weekend games below.

After dropping five of their past six games, the Dallas Mavericks are in a bit of hot water and are hoping to end their recent losing streak with a win against Miami Heat on Friday evening.

Miami Heat are a one-point favorite with most NBA betting apps and are 7-3 in their last 10 games. The Heat have looked like a good team in recent weeks, picking up wins against the New Orleans Pelicans and a two-game series sweep over the Milwaukee Bucks. These victories are still impressive, even though both teams were short-handed when facing off against the Heat.

Miami has struggled on defense this season and is giving up 3 percent more successful shots from inside the arc than in 2021/22. These fragilities suggest that the run the Heat is on is unsustainable and gives the Mavericks a chance to stop the rot.

Dallas has been highly inconsistent this year. At times, the team sitting fifth in the Western Conference has looked like a championship contender. However, extended spells of mediocrity seem to bring these lofty dreams back down to earth.

The Mavericks also struggle on defense, with the team 25th in defensive rating and 14th in opponent three-point percentage. They have the worst Average Point Differential of any team in the top six places in either conference. With defense a concern for both teams, whoever can keep the other from scoring will have the advantage.

With the second half of the NBA season underway, the battle for home-court advantage in the first round of the NBA playoffs already looks to be one of the most compelling in the league. Nowhere is this more accurate than in the Eastern Conference.

The Milwaukee Bucks and the Cleveland Cavaliers meet at Rocket Mortgage Fieldhouse on Saturday night and will undoubtedly have this on their minds. The Cavs are 1.5 games behind the Bucks. With the Bucks not looking like the top team we’ve become familiar with at times, and Giannis Antetokounmpo struggling with a knee injury, this is the perfect opportunity for the Cavs to cut the gap to 0.5 games and improve their championship odds with USA sports betting sites.

The Cavaliers lost narrowly against the Memphis Grizzlies on Thursday night and, despite the loss, proved themselves more than capable of making a championship-caliber team sweat for a victory. With the Bucks potentially missing their best player, this is the perfect time to notch a statement win. Cleveland could move into fourth in the Eastern Conference standings with a victory, which would position them for home-court advantage in the first round of the playoffs.

Having been swept in a two-game series by the Heat last weekend, the Bucks responded with back-to-back wins against the Indiana Pacers and the Toronto Raptors this week. The team did well to recover from the loss of Giannis but may be without their star man again for this matchup.

With respect to the Pacers and Raptors, the Cavaliers are a much tougher team. If Giannis is missing, this game will be a challenge for the Bucks, with the Cavs likely favored on US betting apps before tipoff.

Team A has the fifth-best win percentage at home in the NBA, puts up huge numbers and looks like a playoff-caliber team on its home court. Team B has lost more games away than anyone, bar the 10-35 Houston Rockets. Fun fact: both teams are the Golden State Warriors.

Golden State would be among the best in the NBA if it didn’t have to travel outside California. But it does. Luckily, the Dubs return from a five-game road stretch on Saturday night. During this stretch, Golden State picked up wins against the Washington Wizards and San Antonio Spurs but was heavily defeated by the Chicago Bulls and lost in overtime against the Boston Celtics.

The reigning NBA Champions have been inconsistent this year, with a record of 22-23, good for ninth place in the Western Conference. Golden State faces off against a Brooklyn team on Saturday with their own troubles, as the Nets are missing key man Kevin Durant.

Durant had been instrumental in the Brooklyn Nets’ rise from a rocky start to, at one stage, being within half a game of the Boston Celtics. He’s equally been the reason for their decline in the past four games. His absence, along with other star players like Ben Simmons and Kyrie Irving, has left Brooklyn short-handed in a pivotal stretch of the season. Despite the recent form, some betting sites still regard them as the second favorite to win the NBA championship, with odds of +800.

Brooklyn will travel to Golden State knowing it’ll have to face up to one of the best teams at home in the NBA. Part of being a championship team is winning in adversity through a will to succeed, as Boston managed against Golden State in its overtime win this week. If the Nets are the real deal this year, they’ll have to win some games without KD.