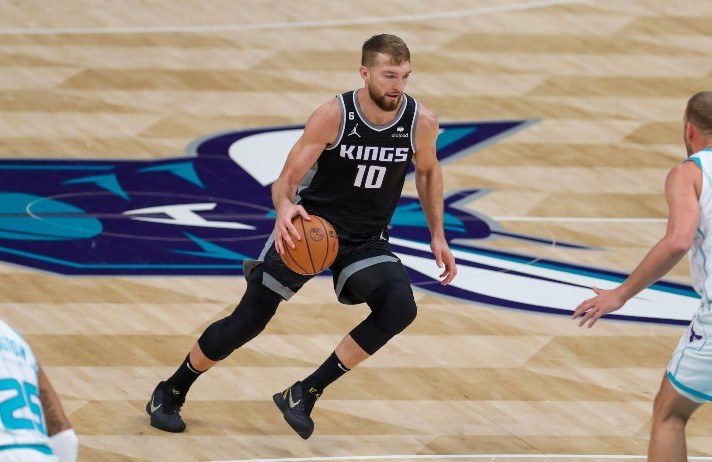 As 2022 turns to 2023, basketball fans and bettors have another exciting schedule of NBA games to look forward to, and here at Bookmakers.com, we cannot wait!

The best action comes from the West this weekend, as the Utah Jazz travel to a resurgent Sacramento Kings team looking to seal its first playoff berth since 2006. On Saturday, two of the best in the west face off as Ja Morant’s Grizzlies and Zion Williamson’s Pelicansgo head-to-head. Finally, if that wasn’t enough, the Celtics travel to the Nuggets on New Year's Day for a mouthwatering matchup. Here are our NBA picks for the weekend.

Utah Jazz travel to the Golden 1 Center this Friday night to face a Sacramento Kings team reaching the pivotal stretch of its season. The Kings have the longest playoff appearance drought at sixteen seasons, and its fans are desperate to return to the Finals.

So far in 2022, the Kings have done a decent job of trying to break that streak. They sit with an 18-15 record going into the game against the Jazz. It sits just one game behind the first-place Clippers in the Pacific Division and sixth in the Western Conference.

In the next few weeks, Sacramento has a crucial stretch of games against fellow Western Conference teams like Utah, which it needs to win. Fans are hopeful, and sportsbooks seem optimistic; some NBA betting apps offer as low as -143 for the Kings to make the playoffs.

First-year Head Coach Mike Brown has quietly transformed the Kings in 2022, and the franchise has new energy with its large laser beam projecting into the sky above Sacramento after wins. It is the highest-scoring team in the NBA after Boston Celtics, with De’Aaron Fox and Domantas Sabonis playing some skillful offense throughout the year. One or both could be All-Stars.

Despite that, it could improve its interior defense. Inconsistent defensive play has cost the Kings in recent losses to the Hornets and the Wizards. Sabonis also broke his thumb in the matchup with Washington and is playing through the injury. Despite that, it didn’t seem to hurt his game that much in the win against Denver midweek.

The Jazz is looking to break a slump in recent weeks. Since its overtime win against the Pelicans on December 15, it lost four of its last six games. Currently sitting in the play-in places, the Jazz will hope to pull together a winning streak to rise the standings. Utah has the fourth-highest points-scoring per game, and US sports bettings sites are expecting a high-scoring game, setting the over/under at 239.5.

Western Conference rivals and two of the most talented players in the NBA meet on Saturday night, and this one will be special. New Orleans Pelicans travel to Memphis Grizzlies at FedExForum.

The Pelicans are the current leaders of a competitive Western Conference, with the Grizzlies just one game behind them going into Saturday’s marquee matchup. With Denver facing Boston, Memphis has a chance to level the records with the leaders in the West with a win against New Orleans.

The matchup will also feature the exciting head-to-head between Ja Morant and Zion Williamson, the first and second picks of the 2019 NBA Draft. Morant exploded onto the scene last season in Memphis, taking the Grizzlies to its first divisional title and the Conference Semifinals. This season, he’s again posted phenomenal numbers in the paint for a 6-foot-2 player: he’s the third-best shooter in the paint this season, behind Nikola Jokic and Giannis Antetokounmpo.

Zion Williamson has benefitted from luck with injuries and growing maturity this season to surge right into the MVP conversation and take his team to the top of the West. While the MVP chat has cooled in recent weeks, he’s still +3300 with some NBA betting sites to win the Michael Jordan Trophy – ironically, the same as Ja Morant.

The 2019 NBA Draft links the two players, and both are living up to their hype. The head-to-head between Morant and Williamson on the court will be fascinating. This matchup is between two elite teams who go deep into the playoffs this year and might be a preview of the Western Conference finals.

After dispatching Los Angeles Clippers, Boston Celtics travel to the Rocky Mountains on Sunday Night to face another high-flying team from the Western Conference, the Denver Nuggets, at Ball Arena. The Celtics have the best record in the NBA, with the Nuggets tied for the fourth-best record.

Both teams are 4-1 in their last five games, with Boston’s only loss coming against the Pacers. The Celtics have responded with wins against the Timberwolves, Bucks, Rockets, and Clippers. In recent weeks, the Nuggets split a series with the Kings and the Suns, Trail Blazers, and Grizzlies.

Nikola Jokic and Jayson Tatum have had incredible seasons, posting 38.0 and 30.4 PPG, respectively. Currently, they sit first and the fourth favorite in the odds with some betting sites to win the MVP award. Tatum is +340 while reigning champion Jokic is up to +500.

There isn’t a lot to separate the two teams. Boston is more vulnerable on the road and finds itself against a team with one of the best home records in the NBA. Despite that, Denver is only 11-8 against teams 0.500. They also haven’t beaten a team from the Atlantic Division this season. Boston is undefeated against Northwest Division opponents this season.