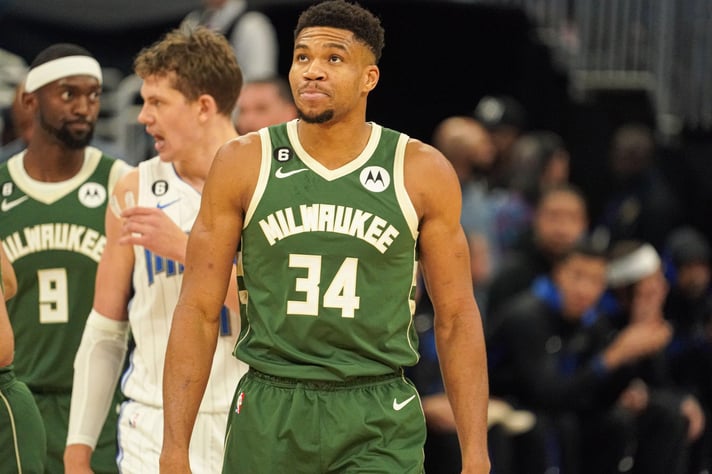 For basketball fans and bettors alike, it’s a particularly mouth-watering weekend of NBA action. There are excellent games all over the schedule, with two of the league’s most dominant players facing off in a huge matchup on Friday night and a two-game series between the best in the West on Friday and Sunday.

If all that isn’t exciting enough, there’s a rematch of the 2022 NBA Finals as Boston travels to the Bay Area to face Golden State. Check out our NBA picks on a potentially classic weekend of professional basketball below.

It’s fourth against fifth in the Eastern Conference at the Barclays Center on Friday night as Atlanta travels to Brooklyn.

The Hawks suffered a significant 113-89 loss against the Knicks on Wednesday, and there’ll be a lot of pressure on Trae Young to deliver a big performance to bounce back from the team’s last defeat.

Atlanta will be understrength for the next few weeks, with Dejounte Murray and John Collins missing due to ankle sprains. De’Andre Hunter is also questionable for the game against the Nets, and Trent Forrest might struggle to return to the lineup after a concussion.

On the other hand, the Nets appear healthy, with only Yuta Watanabe missing due to a hamstring injury. It’s a shame for the 28-year-old, who recently climbed to the top of the NBA in three-point percentage at 57.1

Most people visiting NBA betting sites might expect a Nets win, but can Trae Young and the Hawks deliver some magic to win at the Barclays Center?

Two of the league’s most dominant performers in the NBA meet on Friday night as Giannis Antetokounmpo’s Milwaukee Bucks face off against Luke Doncic’s Dallas Mavericks at the American Airlines Center.

The two sides have relied heavily on their star men this season. Giannis and Doncic are the top two players in usage percentage, with Doncic at 37.7% and Giannis at 39%. Both players are pivotal to their teams’ performance.

The Bucks’ reliance on Antetokounmpo should reduce as Khris Middleton gets up to speed after injury. It’s been great to see him and Giannis combine for a couple of nice buckets in the last few matchups. Since his return, Middleton’s been averaging 12 points and six assists per game.

Dallas is equally reliant on the performances of Doncic, who leads the league in PPG this season at 32.9. However, the 13-11 Mavericks have underperformed this year and are seventh in the Western Conference.

Part of the reason for this has been the lack of involvement of the other guys on the court besides Doncic. Three players providing regular minutes for Dallas - Maxi Kleber, Reggie Bullock and Dorian Finney-Smith - are in the bottom 15 in the entire league for usage percentage this season, so they’re relying on Doncic to do the work.

The game should come down to Doncic against Giannis, and some NBA betting apps are offering -110 for Giannis to post over 30.5 points and -125 for Doncic to do the same – pick the right NBA player prop, and you might be calling the game.

Saturday night has arguably the best matchup of the weekend with a repeat of the 2022 NBA Finals as Boston travels to the Chase Center to face Golden State.

The Warriors came out on top in the 2022 series, but the Celtics have been the pacesetters this season, losing just five games all year. Boston is on a three-game winning streak and will be keen to avenge its loss in the NBA Finals with another victory.

However, Golden State is formidable at home, with an 11-2 record, but having lost to the Jazz and the Pacers in the last two games, the Warriors will need to be at their best to beat the Celtics. The Celtics lead the league in PPG and three-pointers made, and they have offensive weapons all over the court in Jayson Tatum, Malcolm Brogdon and Jaylen Brown.

While some other teams in the league might disagree, this could be a preview of the NBA Finals in 2023. Boston is +300 to win the NBA championship this year with some betting sites, while Golden State is +700.

It’s been a busy couple of weeks for Zion Williamson and the New Orleans Pelicans. A five-game winning streak has seen them rise to the top of the Western Conference, and with the troubles that Golden State and the rest of the West have been facing, the top spot is New Orleans’ to lose.

The Pelicans welcome the second in the West, the Suns, to the Smoothie King Center for a two-game series this weekend, with the Suns just 0.5 games behind the Pelicans. New Orleans has been showing loads of grit recently, with its 104-98 win over Detroit hard-fought and well-deserved.

The Suns have been brought back to earth after a bright streak with two losses to playoff contenders this week. First, Doncic and the Mavs handed them a 130-111 loss on Monday night; then the Celtics swatted the Suns away on Thursday with a heavy 27-point loss for Phoenix.

The Suns had ridden a six-game win streak to gain first place in the West, but they have since gone 1-3 in the past four games. Only a win against the hapless Spurs kept them from going into this vital two-game stretch. The Suns will have to turn the tide and put in a big performance to beat the Pelicans. There will be plenty of people visiting betting apps to make their picks on this series over the weekend.