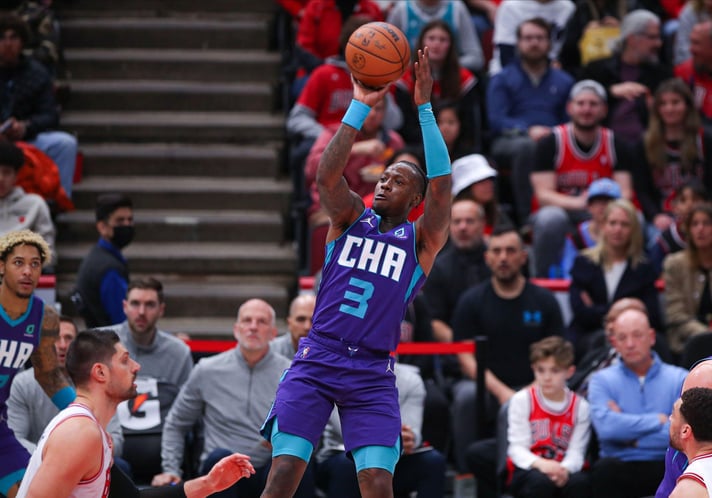 With a shock in Charlotte, a thriller in Sacramento and a gritty clash in New Orleans, it was another fantastic weekend of NBA action for bettors and fans alike. All over the NBA, there was drama.

As we’ve reached 2023, we can begin to look forward to the playoffs in one of the best NBA seasons in years. Here are some of the biggest stories from professional basketball over the weekend that could influence your next moves on NBA betting sites.

The Brooklyn Nets held off the New Orleans Pelicans on Friday night for their 17th win in 19 games at the Smoothie King Center, avenging their streak-beating loss to the Chicago Bulls midweek.

Despite missing Zion Williamson and Brandon Ingram, the Pelicans battled bravely against one of the hottest teams in the NBA but fell short 108-102 thanks to 33 points from Kevin Durant and 19 from Kyrie Irving. The New Orleans defense held off the Brooklyn duo well, restricting them to 33.3% from the field, hitting 16-for-48.

Without their best shooter, the Pelicans relied on their whole roster to go shot-for-shot with the Nets. CJ McCollum was New Orleans’ highest scorer, scoring 28 points. Naji Marshall also stepped up, posting a career-high of 23 points. He also collected nine rebounds and three steals.

Despite starting the game well and leading 64-53 at the half, an intense defensive effort from Brooklyn restricted New Orleans to just 38 points in the second half. Nic Claxton led the effort, posting four defensive rebounds, five blocks and a steal.

The Nets followed up this win in Louisiana with a one-point victory over the Miami Heat, but a more significant test awaits on Friday night as the Boston Celtics travel to the Nets’ Barclays Center. Most NBA betting apps consider the Celtics and the Nets favorites and third favorites to win the NBA this year. Most USA sports betting sites offer +400 for the Celtics and +800 for the Nets to win the NBA Finals series.

With the Nets back in second place in the Eastern Conference, this is the biggest test of Jacque Vaughn’s tenure as Nets coach. Here at Bookmakers.com, we think the Friday game will be one for the ages and will be extremely difficult to call when making NBA picks.

In an uncharacteristically poor performance, the Milwaukee Bucks dug a massive hole for themselves in the first quarter against the Charlotte Hornets and never really managed to climb out.

The Hornets scored on 17 of their first 18 possessions for a massive 51-point opening quarter, a franchise record. From there, the Hornets never let go against the 2021 NBA Champions. Terry Rozier and LaMelo Ball topped the Hornets’ scoring with 39 and 27 points, respectively.

Having secured a healthy lead in the first quarter, the Hornets eased off and were able to hold the lead throughout the rest of the game, and the Bucks were sluggish in attempting to reduce the deficit and eventually pulled their starters as a way of waving the white flag.

The Hornets defense limited the Bucks to 27 shots in the paint, and Milwaukee didn’t make a single dunk all night. Most concerningly for the Bucks, Giannis Antetokounmpo scored just nine points in 22 minutes of action. When Giannis struggles, the Bucks usually struggle.

It was an absolute heartbreaker for the Sacramento Kings as the Los Angeles Lakers unplugged the beam and extended their winning streak to five games with a 136-134 win at Golden 1 Center. LeBron James scored 37 points, and Russell Westbrook added 23 as the Lakers look to have finally clicked, even with Anthony Davis, Lonnie Walker IV and Austin Reaves missing from the team’s last few NBA lineups.

The win will delight Lakers fans who have been waiting for this team to figure it out all year. With key players missing and having beaten the Atlanta Hawks the previous night, the Lakers stuck with the same starting five, which paid dividends. The game was a back-and-forth affair, with neither side establishing much of a lead during the matchup, but Los Angeles had the desire and the grit to win it.

On the other hand, it was a typical story for Sacramento, who had a balanced offense but did not look to have a single above-average defender on the court. The team is the fifth-best offense in the NBA, with an offensive rating of 115.5, but it is 25th on defense. Mike Brown summed up the Sacramento dilemma after the game, saying, "Let's face it, we can score, but we are terrible defensively."

Since storming to 10-6 in its first 16 games, the Kings have gone 10-12 and look to be coming down to earth. Defensive reinforcements are a must before the February 9 trade deadline. In the immediate future, the Kings have games against the Orlando Magic, a two-game series against the Houston Rockets and a clash with the San Antonio Spurs before meeting the Lakers again on January 19. Sacramento must win all four if it wants to still be on track to end that 16-year playoff drought.