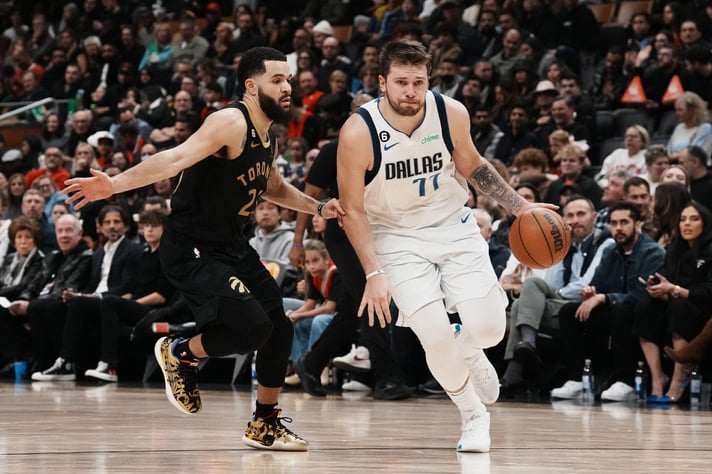 What better way to welcome the New Year than with another exciting round of NBA action? Fans were treated to a festival of hoops over the weekend, with games spanning New Year’s Eve and into New Year’s Day. It was a typically thrilling round of games as the best teams in the league continued to stake their claim for end-of-season glory.

In the Eastern Conference, the Brooklyn Nets eased passed the Charlotte Hornets to continue the league’s best winning record. Over in the Western Conference, the Dallas Mavericks downed the San Antonio Spurs in an all-Texas clash, while Denver overcame Boston in a clash between the two best records in the NBA.

If you enjoy NBA betting, the league is providing plenty of amazing odds across leading betting sites. For fans and bettors, the weekend was another round of high-quality basketball.

Are the Brooklyn Nets the best team in the NBA? I’ll leave that debate to you, but the Nets are definitely the form team in the league and the current third favorites with USA sports betting sites for the NBA Championship. Brooklyn were never in trouble during a dominant win over the Charlotte Hornets, extending its winning run to 11. Kyrie Irving gave the Nets the foundation for success, with 18 of his 28 points landing in the first half.

Kevin Durant was good for 23 points as Brooklyn led the Hornets from the tip-off to the final buzzer. Never trailing in the game, the Nets led by 15 points at halftime, extending to 18 at the end of the third, before leading by as much as 22 in a cruising fourth quarter. Now with a record of 24-12, the Nets are in full swing just as the season goes into high gear.

LaMelo Ball had an excellent game for Charlotte, leading the team with 23 points, seven rebounds, and 11 assists. Mason Plumlee was an able deputy with 22 points for the Hornets. Even so, the team dropped to another defeat and now has a 10-27 in the Eastern Conference.

Dallas Mavericks superstar Luka Doncic is currently putting together one of the all-time great individual runs. He scored 51 points and was the game-winner as Dallas took down the San Antonio Spurs by a single point.

Doncic stood out in the in-state Texas clash, hitting two free throws with 4.5 seconds on the clock to help the Mavs edge to victory. This was the latest massive effort from Doncic during a historic five-game run. It was his third 50-point game in the past five, following his 60 points, 21 rebounds, and 10 assists against the Knicks on Tuesday.

Doncic became the first player in NBA history to score 250 points, 50 rebounds, and 50 assists across five games. His points against the Spurs pushed the Mavericks to their sixth consecutive NBA win and fifth consecutive win over San Antonio. Dallas is now 21-16 in the Western Conference. Doncic is now the +275 (11/4) favorite with several NBA betting apps for the MVP award.

As for the Spurs, it is shaping up to be a season to forget. Although, this was the best the team had played in weeks. Keldon Johnson had 30 points, Jeremy Sochan added 20, and Jakob Poeltl had 19 points and 15 rebounds. Still, a loss is a loss, and the Spurs are now 12-24 and second from the bottom of the standings.

The pick of the weekend games saw the Nuggets clash with the Celtics in a game between the leaders of the Western and Eastern Conferences. With the two best teams on paper this season meeting, fans were treated to excellent basketball. And then it all came to a grinding halt as the game was delayed for over 40 mins (the longest in NBA history) due to a bent rim.

That happened in the fourth quarter and sucked the momentum from the game. What it didn’t do was stop the Nuggets from cruising to victory and snapping the Celtics’ four-game winning streak. Denver led for most of the game, but it was the 28-37 first quarter that gave the Nuggets a cushion.

Nikola Jokic was once again the driving force for Denver, securing 30 points, 12 boards, and 12 assists. The Celtics fought throughout and always remained within touching distance, but the team was unable to reel in the Nuggets. Jaylen Brown led Boston with 30 points, with Jayson Tatum draining 25 points.

Boston still leads the Eastern Conference despite the loss, while Denver remain in charge in the West.