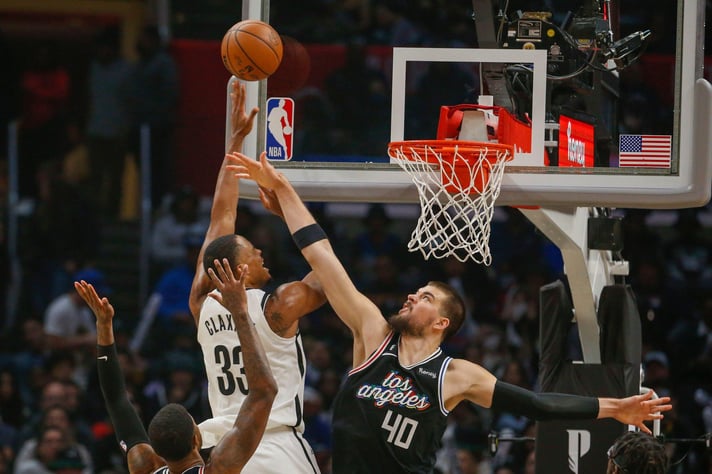 The NBA has been heating up recently, and this weekend saw another selection of fascinating contests for fans and those who made wagers at NBA betting sites. The Brooklyn Nets snapped their losing streak with impressive back-to-back wins, while the Denver Nuggets suffered a shock loss to the Oklahoma City Thunder to end the best in the West’s nine-game winning streak.

Elsewhere, the Milwaukee Bucks continued their struggles without Giannis Antetokounmpo with a loss against the Cleveland Cavaliers, who were missing their star player, Donovan Mitchell. Check out our NBA picks from a great weekend of action below.

The Brooklyn Nets snapped their losing streak over the weekend with two impressive wins over the Utah Jazz and Golden State Warriors. The latter came courtesy of a late go-ahead three-pointer from Royce O’Neale. The Nets regained their confidence with a win over the reigning champions as injured Nets star Kevin Durant watched from the sidelines.

The Warriors squandered a double-digit lead for the third straight game to fall to a 23-24 record, having gone 106-93 up with 6:57 to play. The Nets won the matchup thanks to an imaginative play from Kyrie Irving, who found O’Neale with just 28.5 seconds remaining in the game.

Irving ended the game with 38 points, nine assists and seven rebounds, shooting 12-for-22 from the field. He commended his teammates after the win. “I felt like my teammates had a lot of great looks, drawing the defense, drawing two, three to lose their man. Royce being wide open, I felt like that was the best shot for our team, so I gave up the ball, trusted him to make it, and luckily it went in.”

Nic Claxton chipped in with a career-high 24 points and 15 rebounds, with an assured performance that will do a lot to help this Brooklyn team believe it can get statement wins without its star man. Brooklyn is currently valued at +800 with some NBA betting apps to win the NBA Finals this season.

The best in the West, the Denver Nuggets, suffered a tight loss to the Oklahoma City Thunder on Sunday night at Ball Arena. Shai Gilgeous-Alexander scored a jumper with just 9.2 seconds left in the game, ending the Nuggets’ nine-game win streak.

Gilgeous-Alexander hit the game-winning mid-range jumper after getting the ball out of a timeout. OKC held their nerve during the final moments, with Jamal Murray attempting to level the game with a 14-foot fadeaway shot. Thankfully for the Thunder, Murray couldn’t seal the deal.

For Denver, the loss broke the team’s nine-game winning streak and ended their run of 16 consecutive home wins – the franchise’s longest streak in 10 years. The Nuggets were without Nikola Jokic, who missed the game with soreness in his left hamstring. Denver’s lead assistant coach and current acting head coach, David Adelman, indicated that the reigning NBA MVP is due to return “very soon” after the game. Jokic is -105 with most USA sports betting sites to win his third consecutive NBA MVP award this year.

For Oklahoma City, the win was the perfect way to bounce back from a disappointing five-point road defeat to the Sacramento Kings on Friday night and improve the team to 23-24. That puts the Thunder in 11th place in Western Conference. They return home in their next game on Wednesday night against the Hawks, where they are likely to be underdogs with most US betting apps.

Antetokounmpo was again missing as the Milwaukee Bucks suffered a 102-114 loss to the Cleveland Cavaliers at Rocket Mortgage FieldHouse on Saturday night. Evan Mobley was the game’s star, scoring a career-high 38 points to help the Cavs bounce back from a loss against the Warriors on Friday night.

Mobley finished 19-for-27 from the field and added nine rebounds to his points haul. He notched 38 without scoring a single three or free-throw, becoming only the fourth player since 1979 to score 38 points or more while only making two-point shots.

The Bucks are 2-3 since Antetokounmpo’s injury, with three-time All-Star Khris Middleton also absent since December 15. Milwaukee has struggled to develop continuity in their offense this season. Milwaukee Bucks head coach, Mike Budenholzer, has indicated that Giannis is progressing and will return soon. Cleveland was also short-handed, with Mitchell missing the last three games because of a groin strain.

Milwaukee has a record of 29-17 and sits third in the Eastern Conference, five-and-a-half games behind first-place Boston Celtics. It remains the second-favorite with most betting apps to win the NBA Finals, with odds of +750.

The Bucks will look to bounce back from the loss when they visit the Detroit Pistons on Monday night, while the Cavaliers will head to Madison Square Garden to face the New York Knicks on Tuesday night.