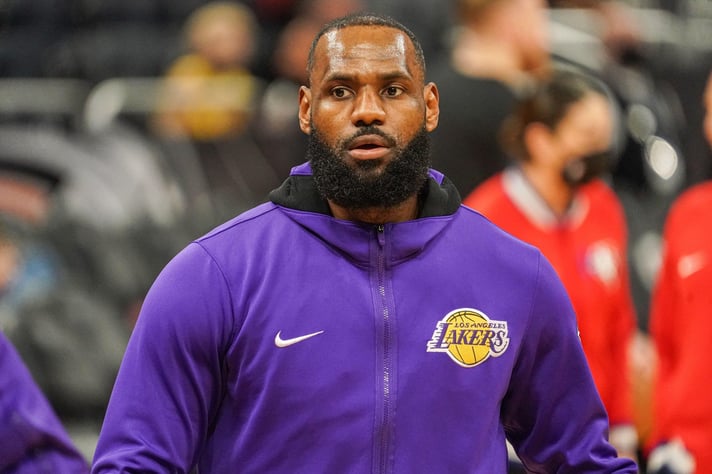 It was another weekend of spectacular action in the NBA, with tight games and clutch moments all over the league. There were two tense overtime games and a heroic performance from the Phoenix Suns’ Deandre Ayton in their one-point win over the Jazz.

Elsewhere, the Sacramento Kings’ slide continued with a loss to the Boston Celtics, and the Milwaukee Bucks saw off a Cleveland Cavaliers side looking to trouble the top two in the Eastern Conference. The Los Angeles Lakers may have been without Anthony Davis to injury on Friday, but LeBron James served a reminder of his talents with season-high numbers.

If you’re looking for an overview of the weekend’s action to help inform your next visit to NBA betting sites, you’re in the right place. Check out some of the highlights from the NBA below.

Deandre Ayton was the hero for Phoenix Suns in their matchup with Utah Jazz on Saturday night, collecting a defensive rebound to seal the win for the Western Conference leaders.

“I don’t know what he ate for Thanksgiving. I wish I had went over there,” said guard Devin Booker after the game, and we agree. Center Ayton posted a season-high 29 points and 12 rebounds against the Jazz. Ayton had six rebounds in the fourth quarter in a tight game where neither side had a lead of more than five points.

Phoenix now has a four-game winning streak, tops the Western Conference and managed to win the game without star point guard Chris Paul, who is out with a foot injury. The adaptability of the Suns is one of their greatest strengths as they look to continue their winning streak against the Kings on Monday night.

You’ll find the Suns are +1000 to win the NBA Championship with many NBA betting apps. Based on their promising start, no one could blame you if you backed the team to go one better than they did in 2021 and win the whole thing.

Oklahoma City Thunder played their second overtime game in three nights as they beat the Chicago Bulls on Friday night at Paycom Center.

The Bulls were coming off a week that had seen them upset the Celtics and the Bucks, but they couldn’t overcome the Thunder. Shai Gilgeous-Alexander led OKC to the victory, scoring 30 points, collecting eight rebounds and providing seven assists.

Chicago’s DeMar DeRozan continued his hot streak by scoring 30 points. The small forward had an exceptional week in the wins against Milwaukee and Boston and scored all of Chicago’s overtime points. He shot 6-for-12 in the fourth quarter and overtime but couldn’t deliver a clutch moment to get the win.

The Bulls will look to rebound from the overtime loss with a trip to Utah to face the Jazz on Monday night, while the Thunder face the Pelicans.

LeBron James served fans a treat on Saturday night against the Spurs, scoring a season-high 39 points and grabbing 11 rebounds in a 143-138 victory.

San Antonio is currently on an eight-game losing streak, the fourth longest in franchise history, so it’s best to steer clear of them with your NBA picks at the best betting sites for the time being. Despite Keldon Johnson scoring 26 points and collecting 10 rebounds, the class of James and company allowed the Lakers to win.

The Lakers turned the ball over frequently and looked weak on defense, but James’ timely best offensive output of the year allowed the side to escape with the victory. “When you’re able to score the ball, it covers up for a lot of mistakes,” said Lakers coach Darvin Ham. Los Angeles was without Anthony Davis, who suffered a bruised left calf in Friday’s match against San Antonio. However, he should be available Monday night. Three of the Lakers’ seven wins have come against the relatively hapless Spurs this season.

James scored a career-high seven three-pointers, and the combinations between the star-studded lineup showed that this Lakers side, which lost its first five games, is starting to gel. However, the betting apps don’t favor the Lakers to win the NBA Finals. You’ll find odds of +15000 at most of the best NBA betting sites for the team to claim an NBA Championship.

The Lakers will look to make it three consecutive wins with a tough matchup against the in-form Pacers on Monday, while the Spurs will look to break their losing streak with a trip to face the Thunder.

The Knicks only had themselves to blame for the home loss, connecting on just 46 of their 105 field-goal attempts. The sole consolation for New York was Jalen Brunson, who scored 30+ points for the second consecutive game and was excellent on offense in an otherwise wasteful performance.

Still, Brunson wasn’t happy with his output, insisting that he lost the Knicks the game through a missed game-winner. He missed a shot before the buzzer that would have broken the 116-116 tie. On the flip side, RJ Barrett struggled, shooting 6-for-22 and just 1-of-7 from beyond the line.

New York needs players like Barrett to shoot more consistently to win more games in the coming weeks. They’ll need all the help they can get when they next play against the Bucks on Wednesday night. Portland will play divisional rivals, the LA Clippers, on Wednesday.