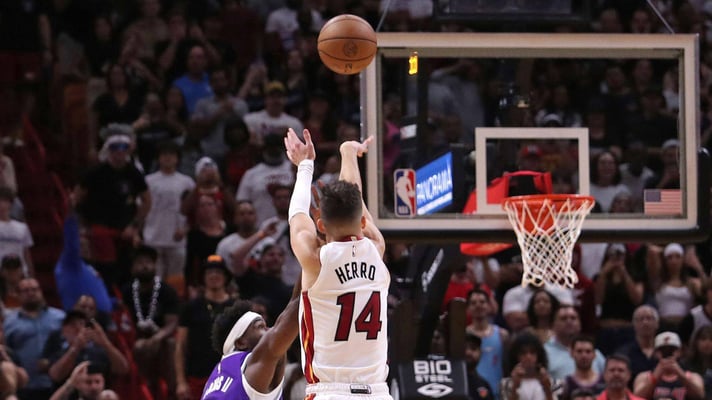 It has been another busy week in the NBA and at NBA betting sites, with the Sacramento Kings being the talk of the town and looking to rewrite some history. In addition, injuries are starting to pile up across the league, and Anthony Davis hit a historic game despite another Los Angeles Lakers loss.

With plenty of action to talk about across the NBA, here are some of the biggest stories in professional basketball this week.

Sacramento Kings are the most fun team to watch in the NBA right now. Let that sink in. After beating the Memphis Grizzlies 113-109 on Tuesday night, the Kings have now won seven games on the bounce. Having been available at odds of +25000 (250/1) for the Western Conference on NBA betting apps last week, the Kings' price has more than halved as they have surged into third place. They are now just 0.5 games behind the Phoenix Suns. The last time the Kings won so many games in a row was in the 2004/05 season.

Sacramento boasts the league’s best offense with 118.6 points per 100 possessions and is looking good this season. Anyone who thought the Kings were an early-season quickfire spark is quickly being proven wrong. While the Kings have not had a winning season since 2006, the franchise is 10-6 this year and looking like a well-oiled offensive machine.

Focusing on the offense in the offseason was a smart move with a trade for Kevin Huerter, signing Malik Monk and drafting Keegan Murray complementing a side with plenty of playmaking talent. Praise needs to go to Monte McNair, the Kings’ general manager, for his strategy to rebuild this team and make them competitive after so long outside the postseason.

Skeptic basketball fans will point to the teams that the Kings won against, with Sacramento beating only two winning teams so far this season. However, any offense that can put up a league-high score of 153 against an improving Brooklyn Nets side deserves credit.

Despite that, Sacramento has its most important tests on Wednesday and Saturday against the Atlanta Hawks and the Boston Celtics respectively. However, anyone looking to wager on the Kings on NBA betting apps, rest assured this is a team going into the game thinking it can beat anyone. Based on recent results, we can’t disagree!

Injuries Pile up in the NBA

A theme emerging from this NBA season has been long injury layoffs for big players across the league. Injuries are playing a more prominent role in this season’s NBA than ever before, with some teams down to bare bones thanks to injuries mounting up. This will be an important factor for bettors to consider in the coming weeks on sports betting sites.

The Toronto Raptors only dressed nine players for the weekend matchup with the Hawks and seem to have even fewer players now, having lost Scottie Barnes this week. The Miami Heat dressed just seven for the game against the Washington Wizards thanks to injuries. Stars like LeBron James, LaMelo Ball, and Damian Lillard have all had spells out already this season.

The league has included larger gaps in the schedule for teams to recover from injuries, but this has made little difference to the injury report for several teams. As always, there have been calls for the league to reduce the regular season from 82 games to try to help keep the best stars on the court. However, this will be a challenging prospect for owners to agree to, especially mid-season.

The injury crisis has also put more pressure on the mid-season tournament concept, which will add an extra game for specific teams to an already packed-out schedule. However, some will argue that injuries are just part of the game, and it’s up to the head coach of each team to plan around it, not the league.

While the Los Angeles Lakers have struggled this season, with a record of 5-11, Anthony Davis has set the league on fire with his amazing play over the past few games. Against the Suns on Tuesday night, Davis registered 37 points, 21 rebounds, five steals, and five blocks.

The eight-time NBA All-Star looks to be on the way back to his best after a couple of years disrupted by injury. His total of 37 wasn’t even his highest total for the year, as he posted a season-high points total of 38 against the Detroit Pistons.

This was his fourth consecutive 30+ points and 15+ rebounds game in a row, becoming the second Laker in history to score 35+ points, 20+ rebounds, and 5+ blocks in a match after Kareem Abdul-Jabbar.

Davis is one of the highest-scoring centers in the game, with a points per game of 25.6, and leads the league in rebounds per game, with 12.6. He’s also third overall in fantasy points per game, with 54.5. His numbers have been incredible this season, and those who enjoy betting on basketball will be confident he’ll be able to post impressive numbers again against the San Antonio Spurs on Friday.